Grinding grains to make bread is not exactly our latest asset: groundstones have been found in the Australian region of New South Wales some 30,000 years ago, which makes aboriginal people the first to realize that mixing and baking ground cereals and water results in something not only edible, but also pretty tasty! Flatbreads are human's best friends. They were a way to preserve any kind of grain or cereal gathered in the wild or cultivated, and are now proud ambassadors to their cultures of origin. Lefse, lavosh, tortilla, arepa, injeera, chapati, pita, naan, roti, knekkebrød, pane carasau... so many different names, so few ingredients going into this staple food.

The beautiful bakehouse of Losæter has a backbone made of curved blond wood, a skin of clear glass and a heart of fire.

On Sunday June 11th, Food Studio together with the Flatbread Society, Bjørvika and Emmanuel Rang, fired up the wood-fired takke and invited all neighbours and visitors to join for a flatbread making afternoon.

There was different kinds of flours to experiment with. Some from Spesialkorn (growing in Norway without pesticides) such as Emmer and Einkorn, two of the oldest cultivated forms of wheat. There was also some rye and spelt flour that give a coarser flavour to the dough, and some white wheat that helps the dough hold its shape, which eases the baker’s work.

A couple of more exotic flours played the guest stars on the concrete workbenches: teff flour, which is used in Ethiopia to make the famous injeera and which comes is part of the Poaceae (or Gramineae) family. Teff has a strong earthy, maybe a little herbal flavour and a very light texture since it shows no trace of gluten.

Corn flour was here too, the one that has been nixtamalized (cooked in an alkaline solution)  and that is used for making tortillas in Latin America. It had been mixed to some hot water to make a paste then added to the flatbread dough to give it a smooth texture and a sweeter taste.

Dandelion, clover flowers, daisies, calendula, pansies, purple tansy, orach, all those colourful flowers give the dough an extra shine and are a great excuse to take a stroll down the garden surrounding the bakehouse.  They were roughly chopped and tossed in the flour all at once!

Some flatbreads are plain flat, they don’t require any leavener (think matzo or knekkebrød), but others can do with a little sourdough starter and/or fresh yeast, both for taste and texture.  In this case, the dough needs to sit undisturbed for a short while in order to rest and rise (like we all do).

When the pâtons (french for a shaped piece of dough) looked puffy enough, Emmanuel Rang the baker extraordinaire – french but settled in Norway for over 20 years – divided them into small balls and let all the present people have a go at rolling, punching, flatening, heart-shaping, whatever they pleased to do(ugh) before placing their breads on the hot takke.

Heaven knows it was pouring rain that day, but it wasn’t only the bakehouse’s heart that we were all firing up, it was also the children’s as they spread honey on their warm bread, the older one’s stretching out their doughs paper-thin, the baker’s doing what he loves doing, and the neighbours’ of the Bjørvika district watching the fumes of the bakehouse from their window.

Thank you Flatbread Society, Bjørvika and all those involved in creating the bakehouse, such a precious gift to the people of Oslo. 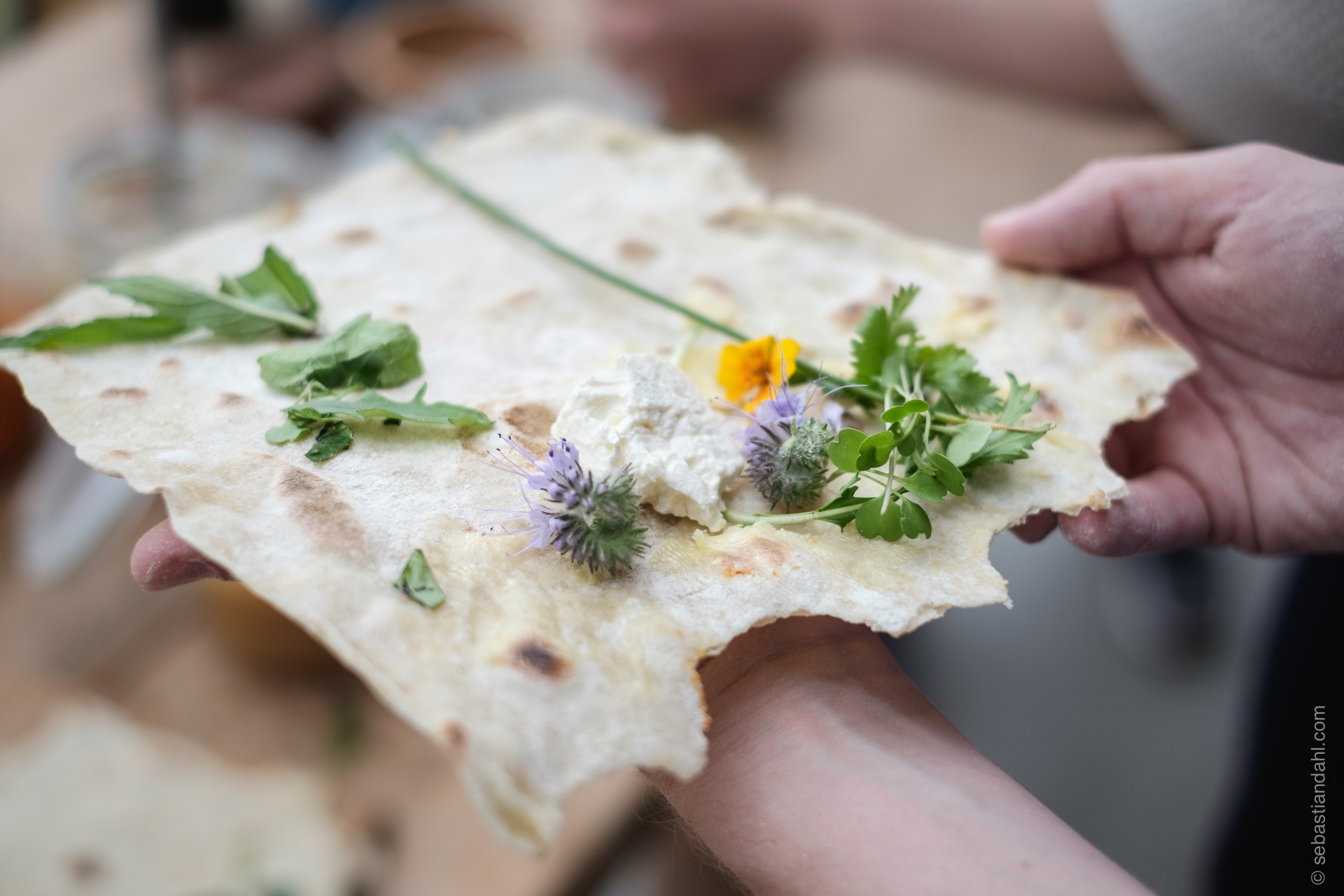 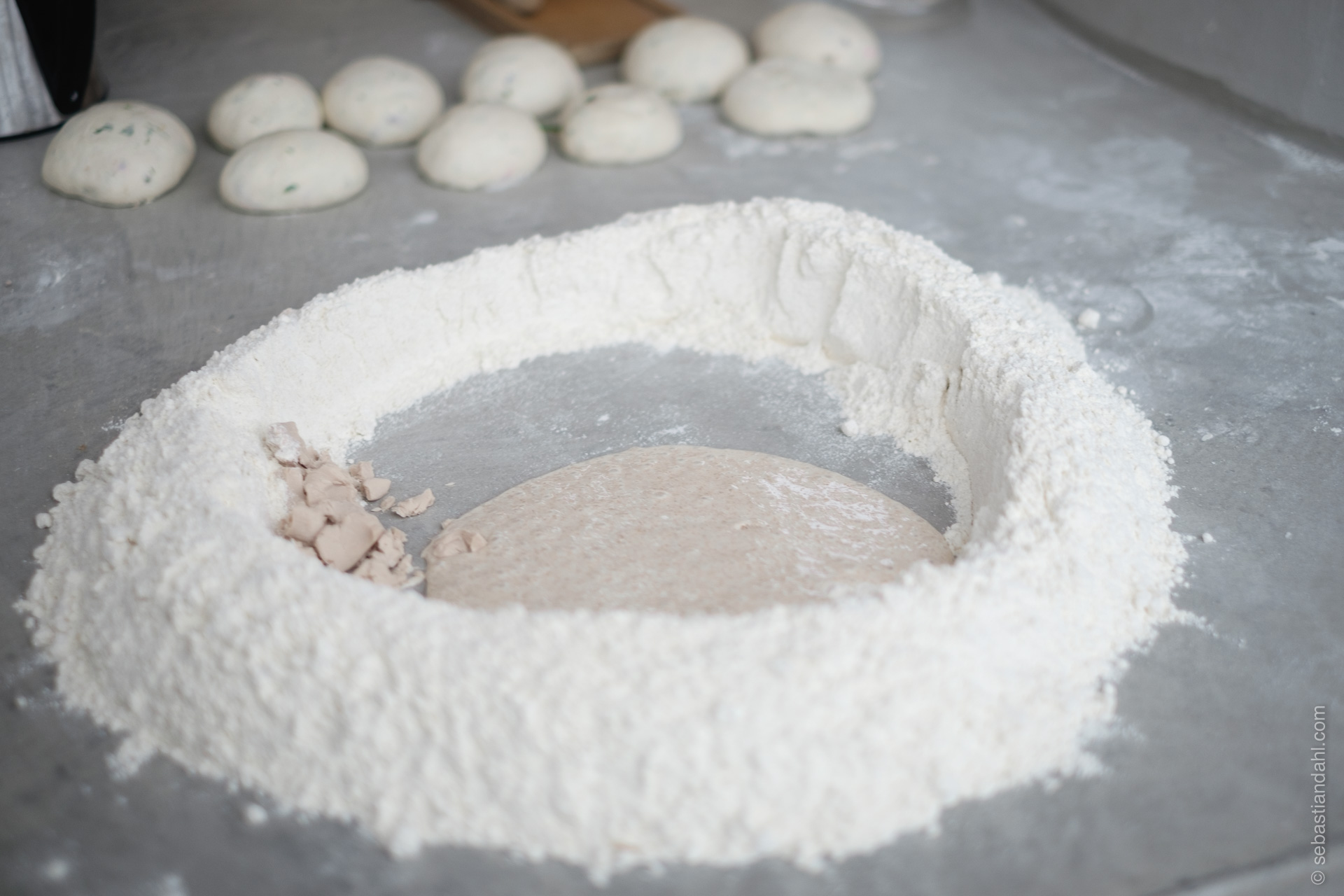 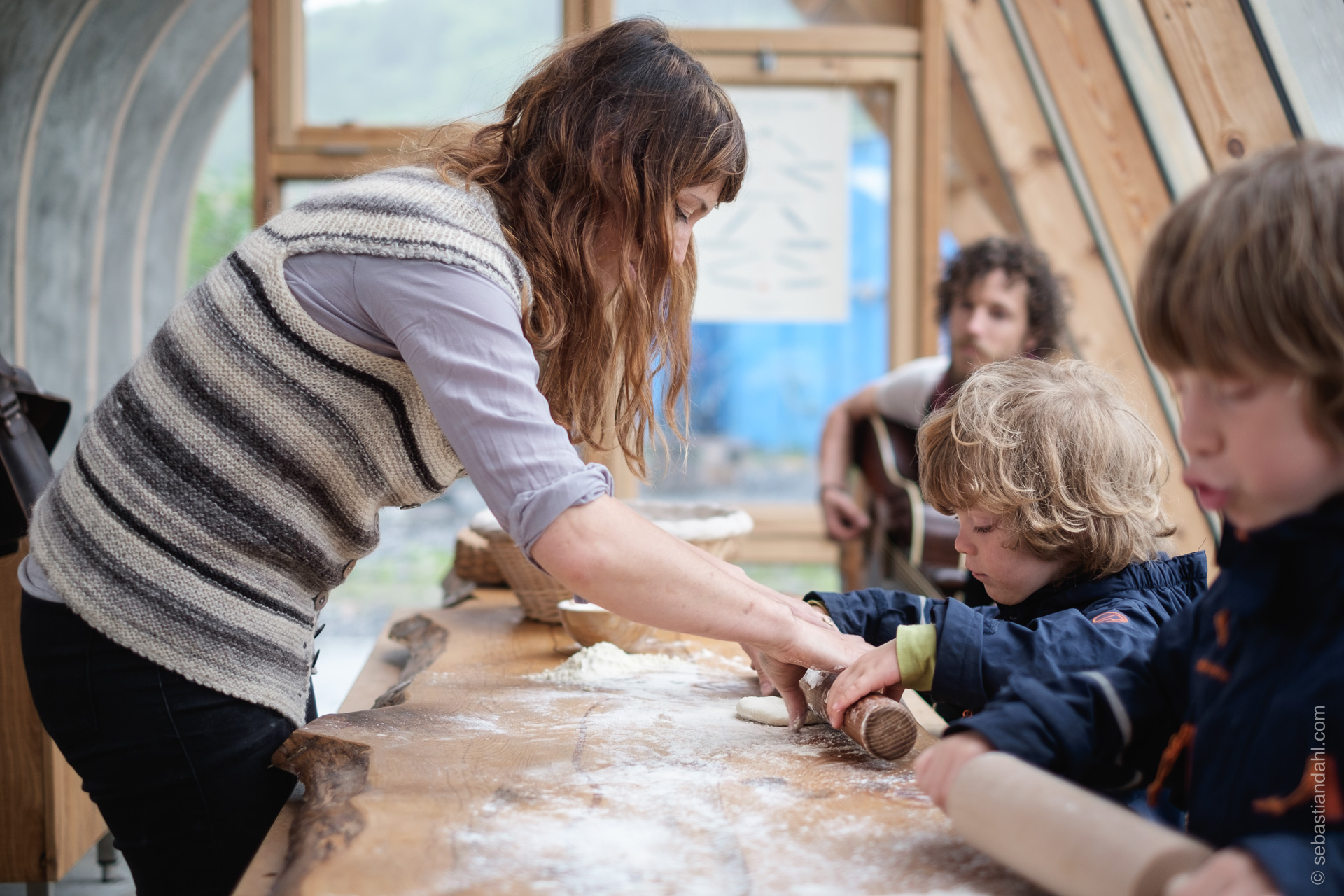 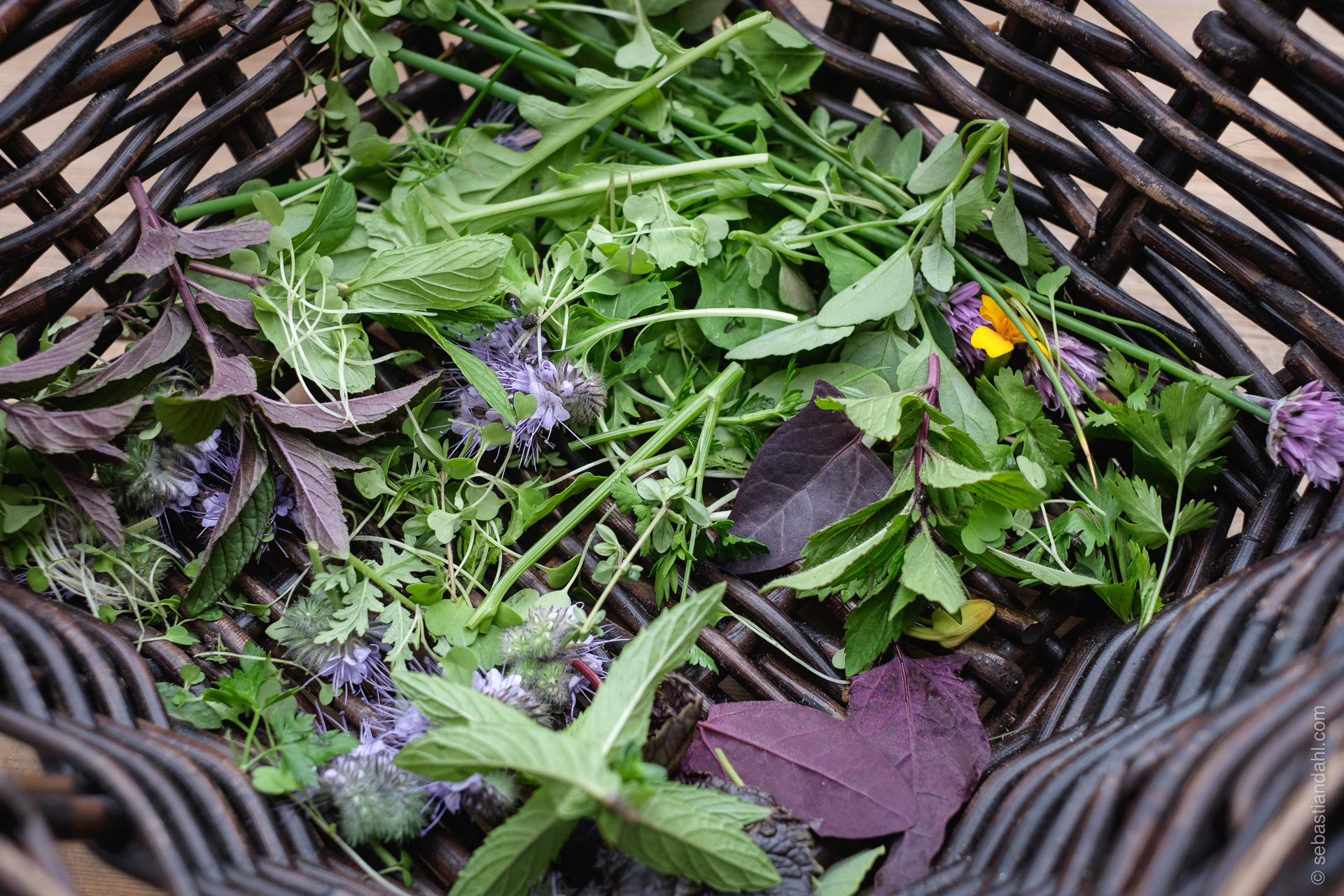 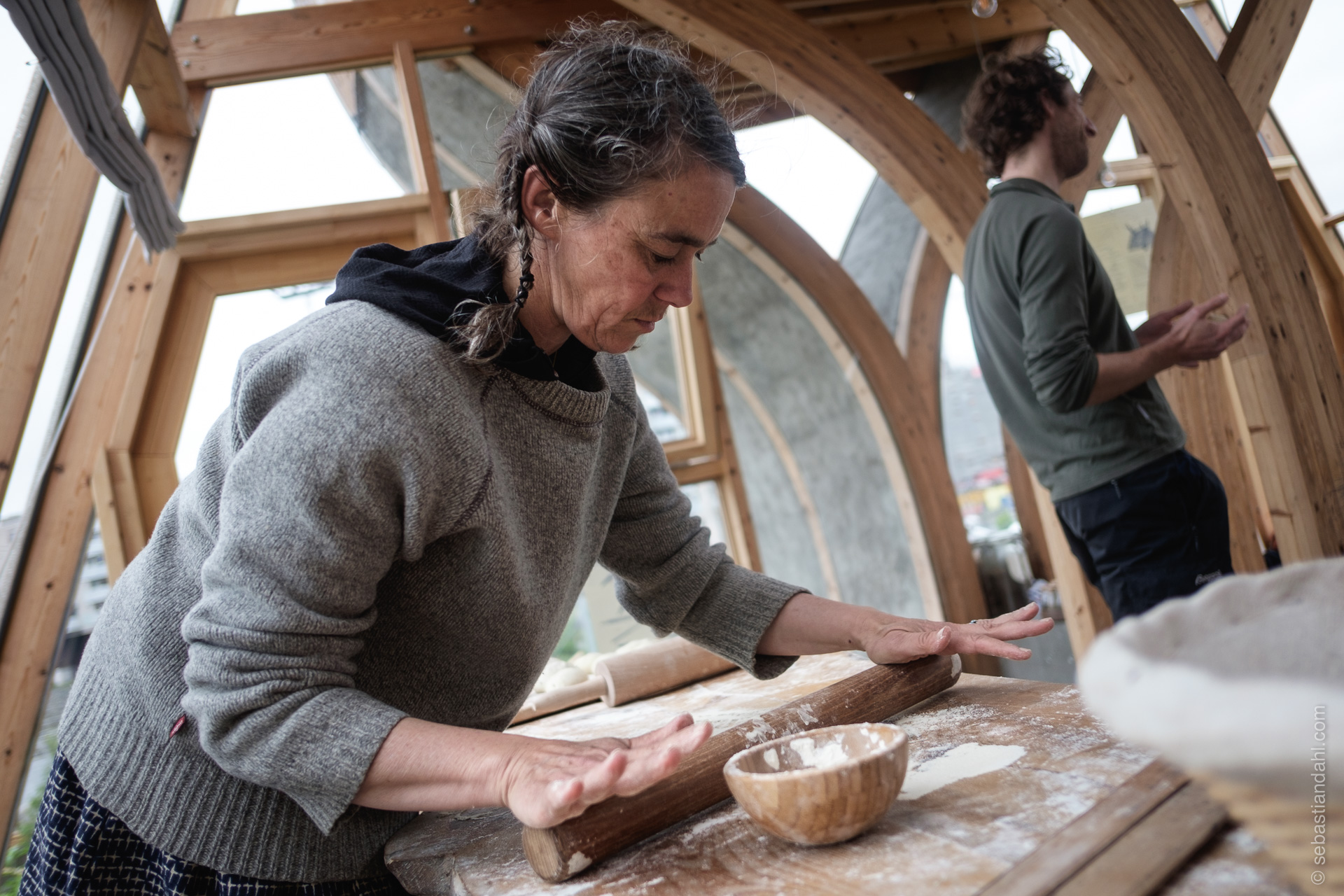 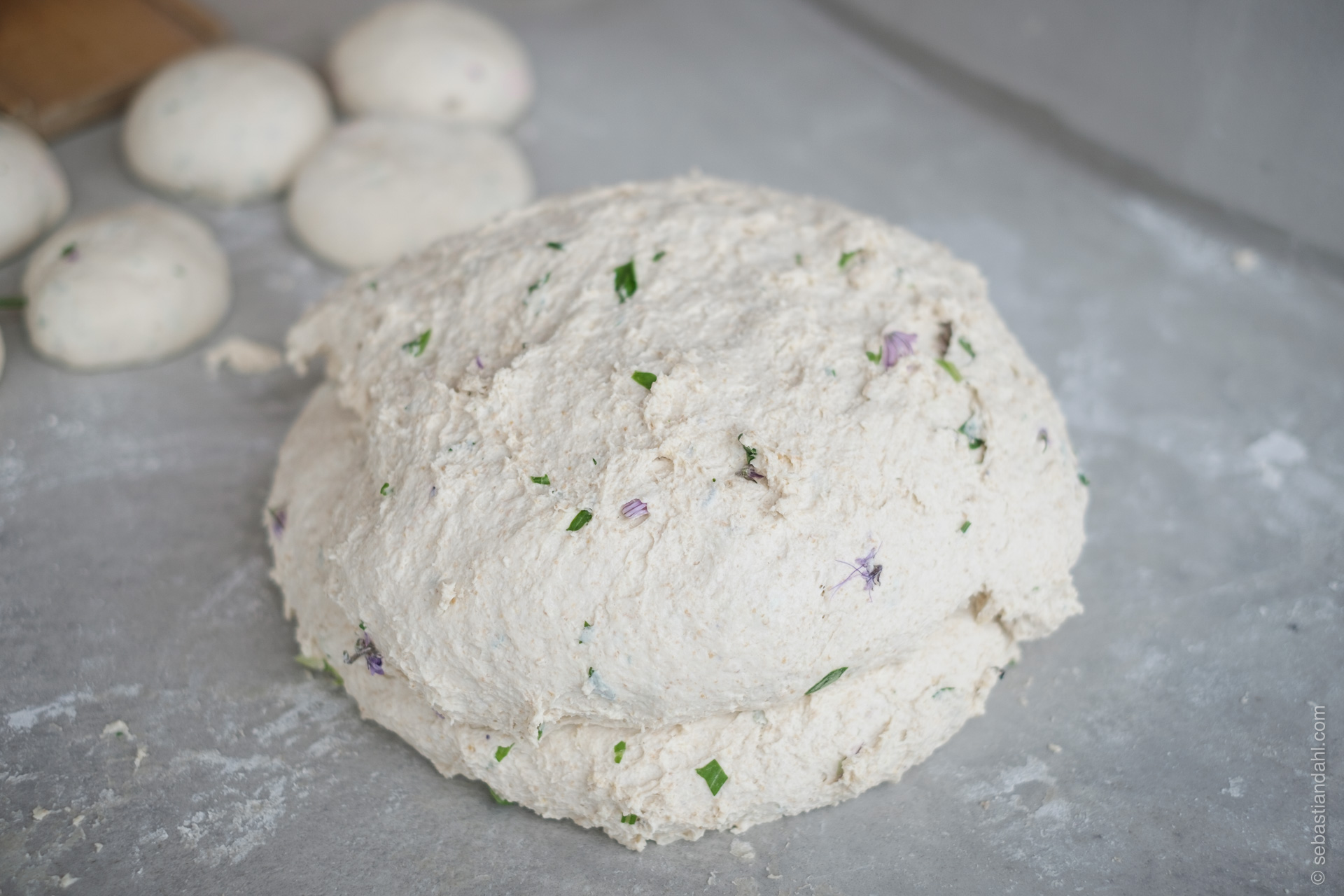 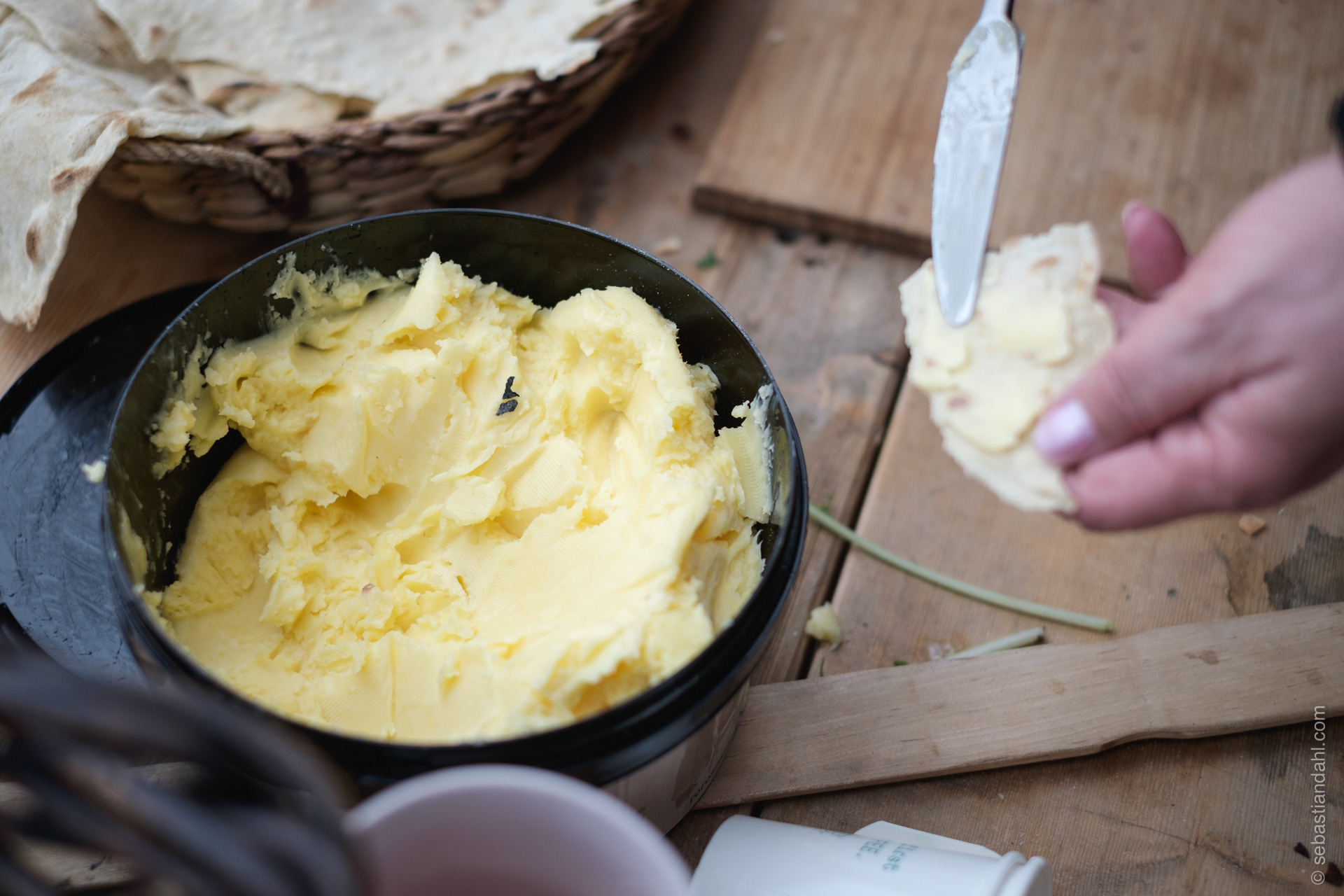 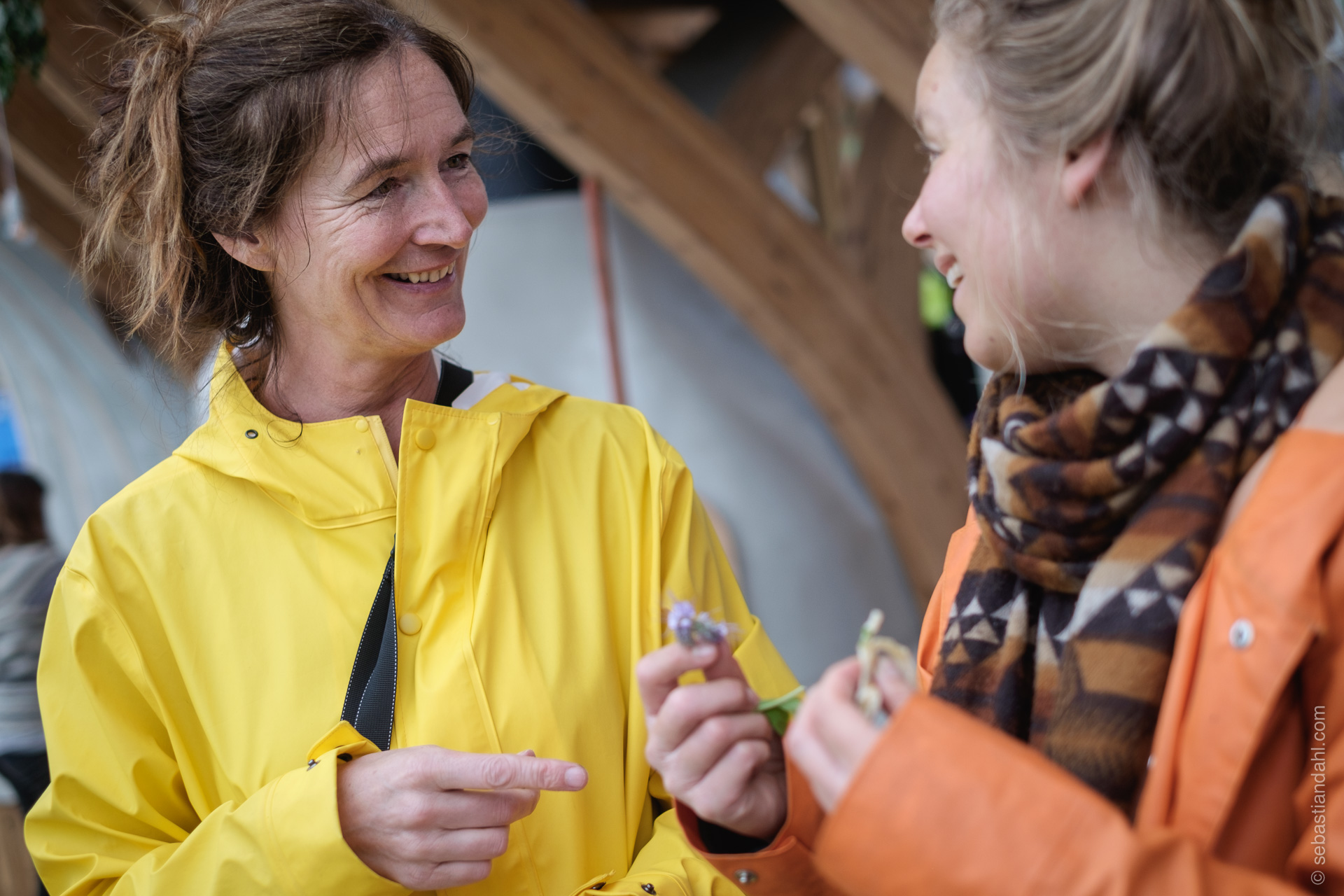 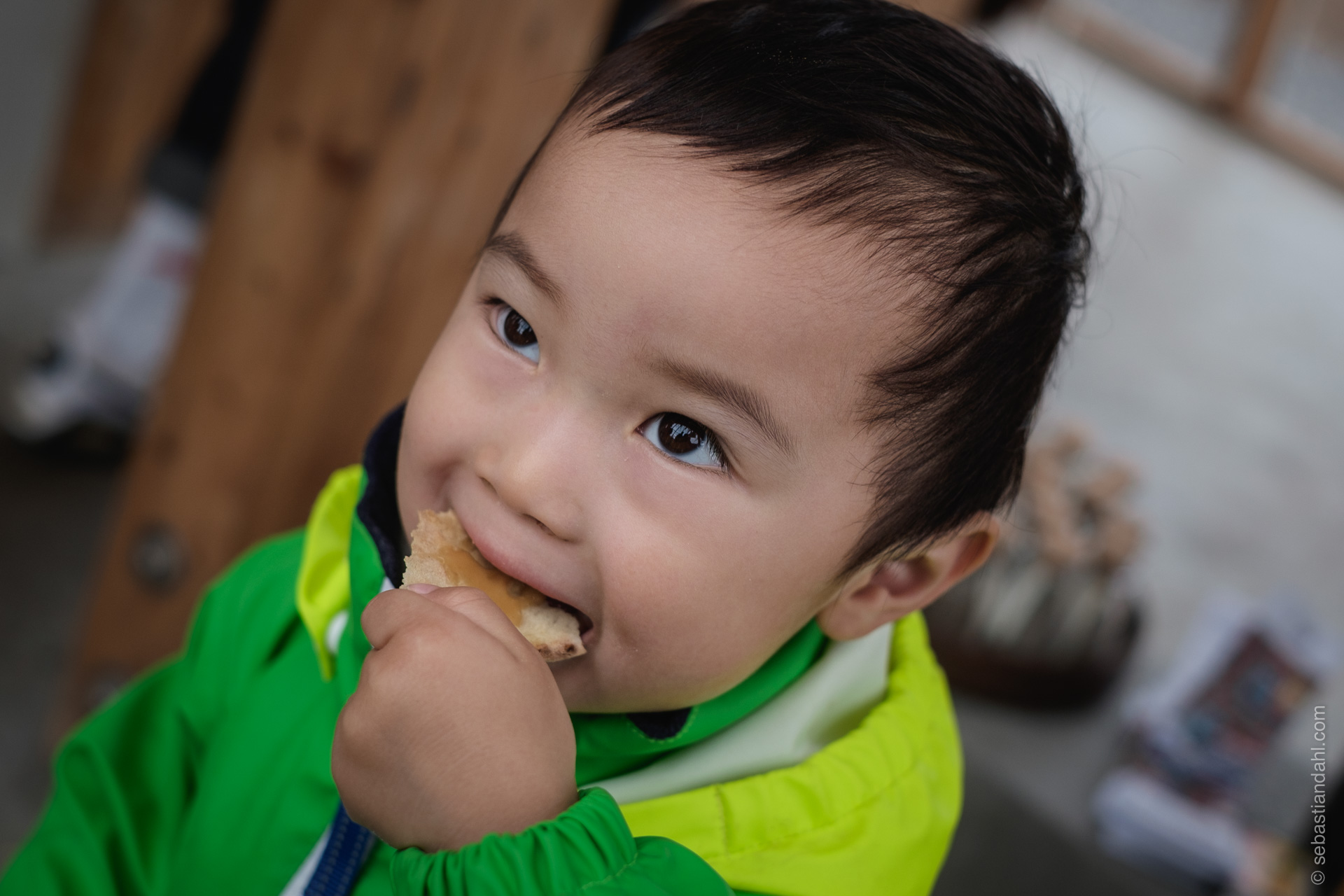 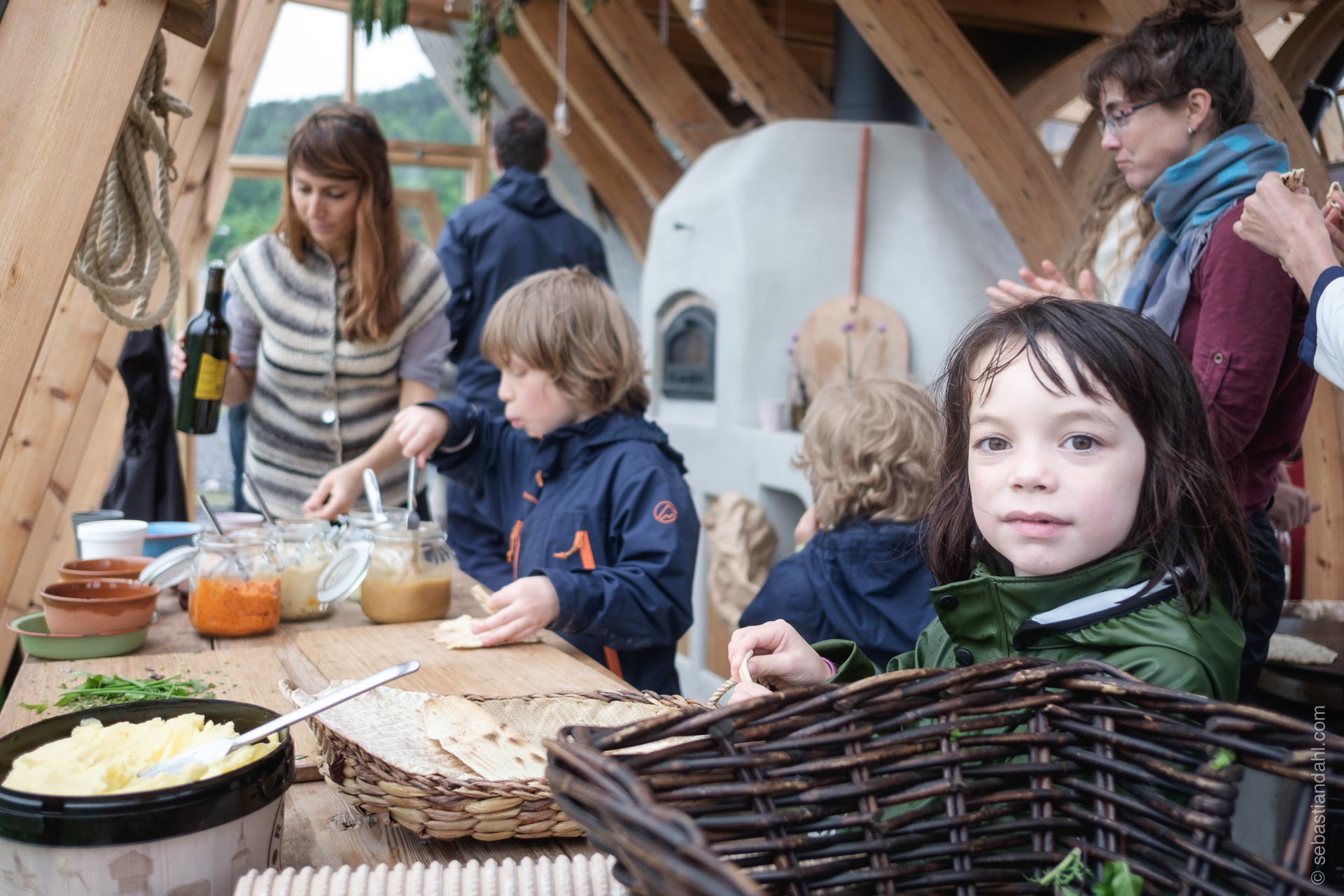