This summer, Food Studio has teamed up with two organisations who raise awareness about caring for our environment through outdoor activities and experiences: Passion for Ocean and Incredible Globe. Free-diving was on the menu, as well as a solid session of beach cleaning before sitting around the table for a dinner of fresh fish and local vegetables.

One thing that struck me during this Get Away is that trash hides everywhere around us. It might not seem too bad at first sight, one could even think that an area is particularly clean and litter free. Well, one is wrong. Let me tell you a little summer tale.

It was in july, one of those long days of sunlight that prove norwegian summers to be the best well-kept secret in the world.  Our base was the fiskerhytta – or fishing lodge – a cabin overlooking the bay of Sandspollen. The bay draws a semi-closed excavation in the coastline at the narrowest stretch of the Oslofjord just before it splits to encompass the proud island of Håøya.

In the warmer months, the bay fills up with boats and visitors. It is definitely not the most remote corner of the country but the spot for our Get Away, sandwiched between forest and water, was very welcoming.

We walked through the woods in the direction of the tip of Kinnartangen. The cloudy sky was announcing a rainfall later in the evening but it was hot and humid that afternoon. We reached the last rocks overhanging the fjord and  quenched our thirst on a refreshing beverage, a kombucha made in Oslo by Kate & Nick, a couple of New-Zealanders fond of the art of brewing and fermenting.

Per Schondelmeier, our cook for the week-end, had dived in the morning and had brought many Pacific Oysters from the waters. Those oysters are an invasive breed in the Oslo fjord, their shell is sharp as a razor blade and some old specimens can reach the size of a horse’s hoof.  They were quite milky at this time of the year, with a nutty flavour and a thick texture, not to everyone’s liking but not unpleasant either.

The diving team slipped up in their wet-suits and went looking for aquatic creatures. The visibility in the water wasn’t great that day but they found starfishes, urchins, Cionas Intestinalis- those peculiar transparent and soft organisms – and a decent amount of trash. Some of it in the form of bags full of other plastics weighted down with stones so they would sink straight away.

The other team went back for a long walk along the shore to pick up litter.  I thought the area was pretty neat and that we wouldn’t spend too much time cleaning. With bags in our hands we started browsing around, bending along the way to pick a Q-tip stem here, scraps of an aluminium barbecue there, and an impressive amount of plastic threads embedded in the soil.

While I was there between the rocks, squatting to reach dozens of rusty cans and plastic straws, I felt excited by the idea of doing something good and useful like gathering people on a summer day to clean the beach. At the same time, I couldn’t help but feeling slightly embarrassed for my own specie, this pretty invasive Homo sapiens and his great ability to leave traces wherever he goes.

The more I picked the more I found, and the more I realized that every single shore on the coastline was sprinkled with remnants of our daily activities. Just like if we considered normal,  okay, acceptable to leave something on the ground, in the water, in the bushes, between the stones. A cigarette butt, an old bag of chips, a shopping trolley, a whole tent.

We made our way back to the camp in the early evening and sat around the large table for a well-deserved feast. Per had grilled cod filets and dazzled them with brown butter, there was fresh bread from Åpent Bakeri, salted butter from Røros Meieri, pickled and fermented vegetables, extra-large zuchinis from the urban garden of Losæter, incredibly tasty tomatoes and crunchy cucumbers from Bergsmyrene Gård, just a stone throw from Sandspollen. Finn the farmer had even delivered in person  a box of extra kohlrabis and a bunch of thai basil.

We ate well that night, listening to the light rain drops on the precarious roof we had built to protect the tables. In front of us, the deep-blue sea on which the rain was playing like a piano. I went down to the small sandbeach near the cabin to step in the water and watch it glow as the Noctilluca Scintillans, this bacteria that shines when moved around, responded to my movements.  The phenomenon is called Morild in norwegian, or Moreel in english, derived of the Old Norse mǫrueldr, which is a compound of marr (sea) and eldr (fire).

Behind us were laying the 5 plump and big  bags of trash collected during the day. There would  probably be one more after we finished packing even though we tried keeping disposable wares to a very minimum.

Our tale ends here, right between a beautiful nature and a messy but beautiful human nature. May we leave only traces after us: a print in the mud, a scar on a trunk, a glowing drift in the sea, and may we think twice before dropping a litter over a bridge. Because sooner or later, we might end up under that bridge with our litter. I’d rather think that nature will digest our leftovers and sort herself out of the situation but I’m not completely convinced about it.

So here’s to picking up trash instead of dropping it, here’s also to you, Sea, to you wonderful barnacles whose penises are 8 times your body-lenght, to you starfishes who mate with your armpits, see with your hands and poop with your head, here’s to you invasive Pacific oysters, to you seagull whose screams I love and here’s to you too, Homo sapiens, the strangest breed of them all.

A trailer of this Get Away will be showcased at the Passion for Ocean festival on the 26th of August. 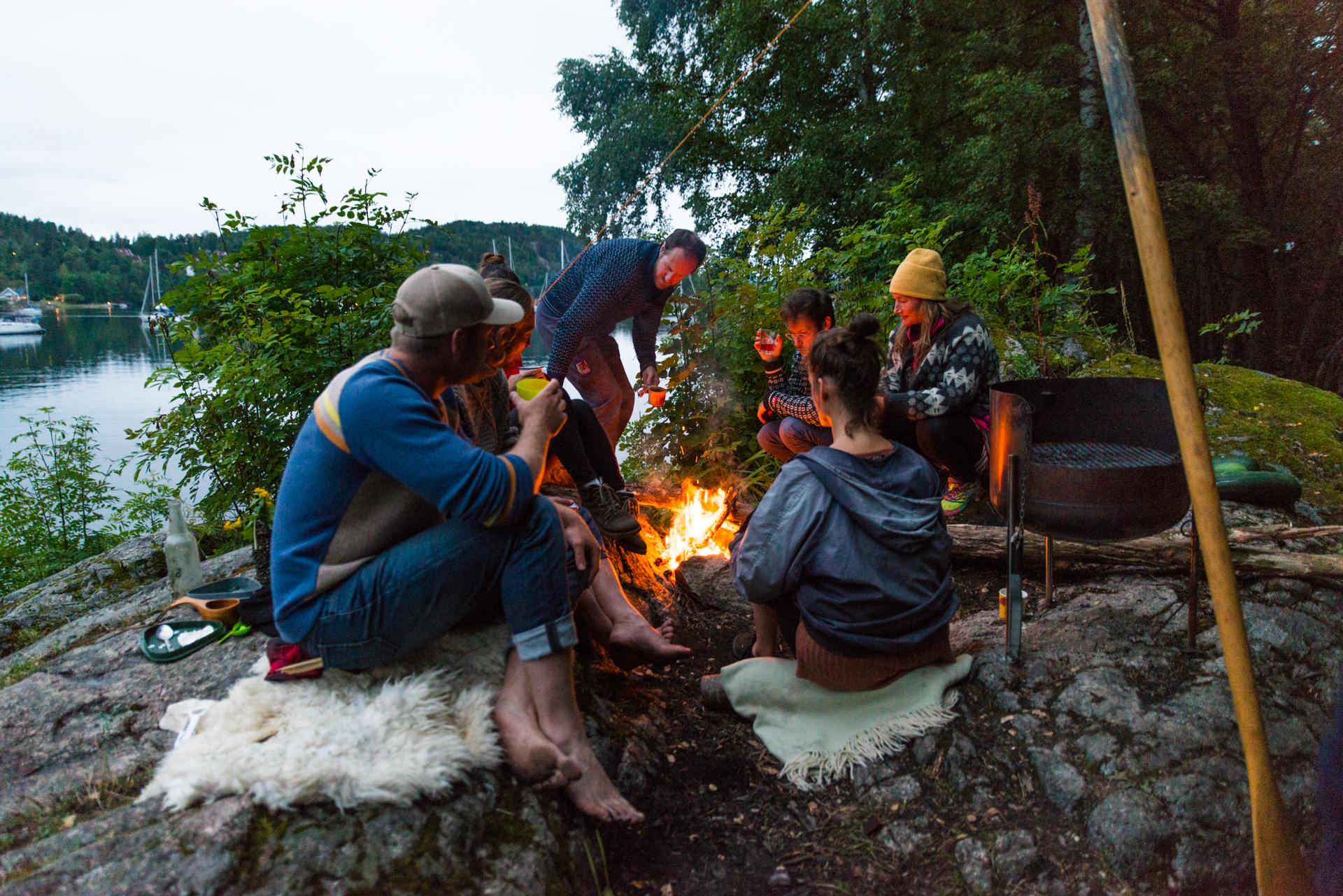 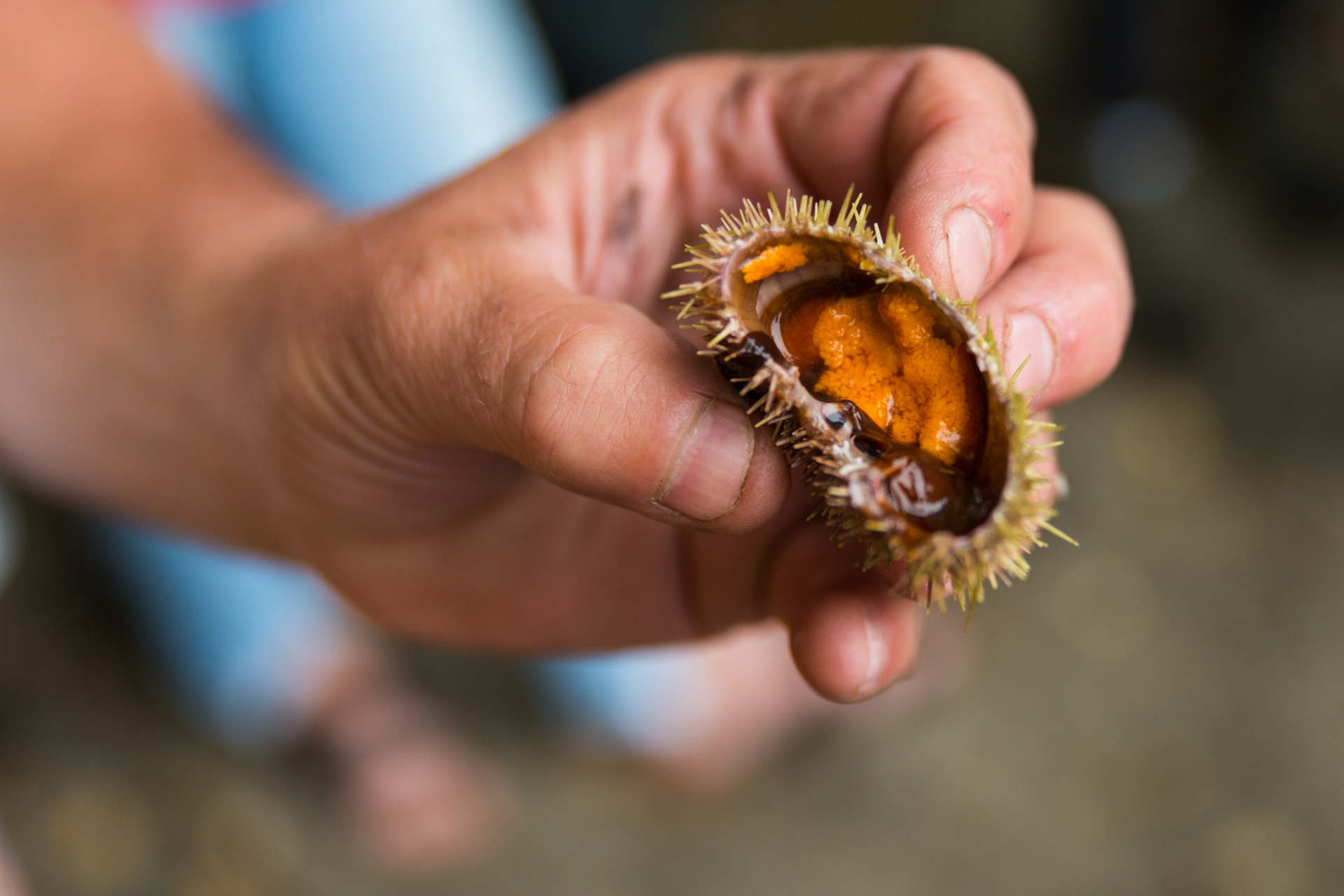 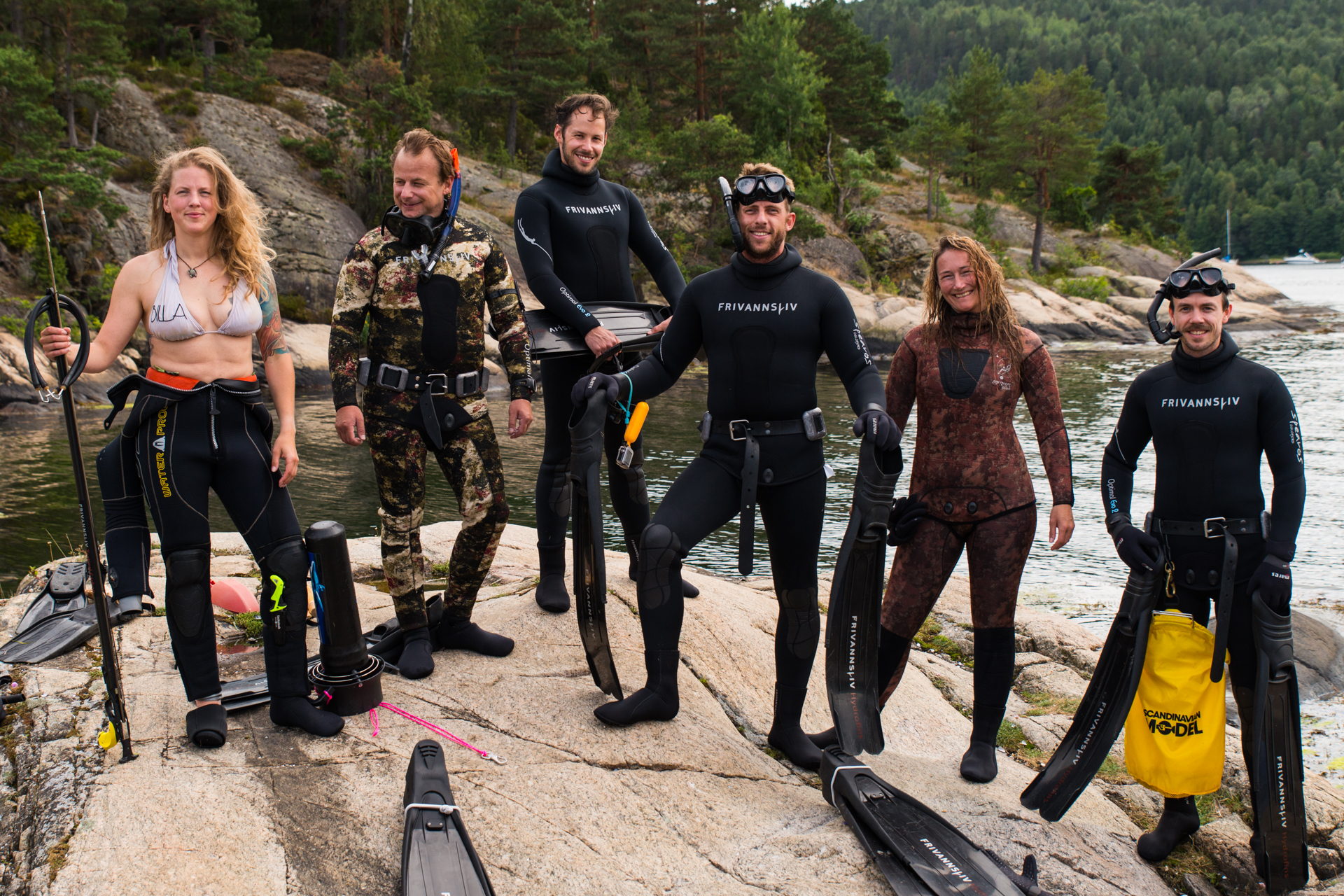 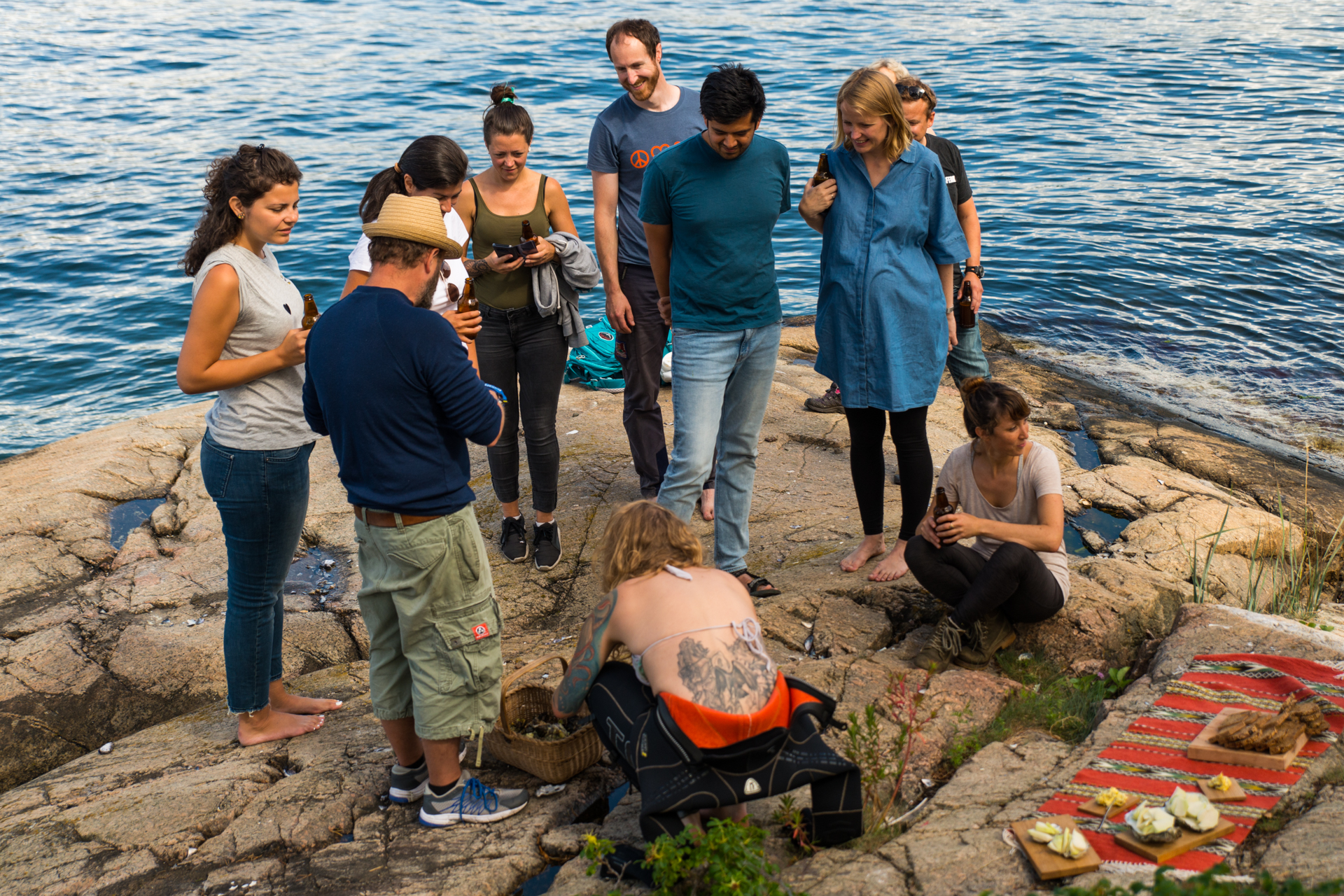 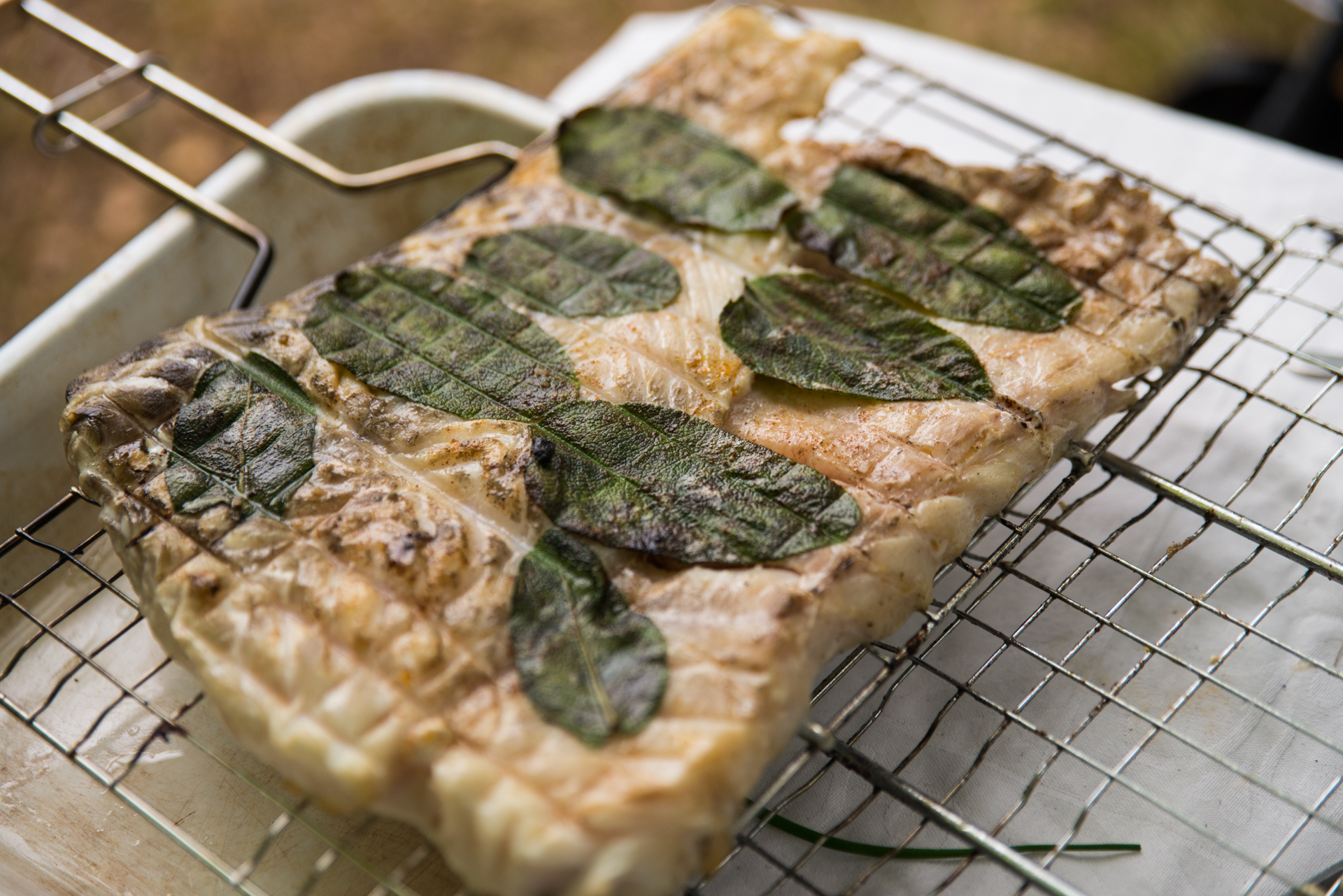 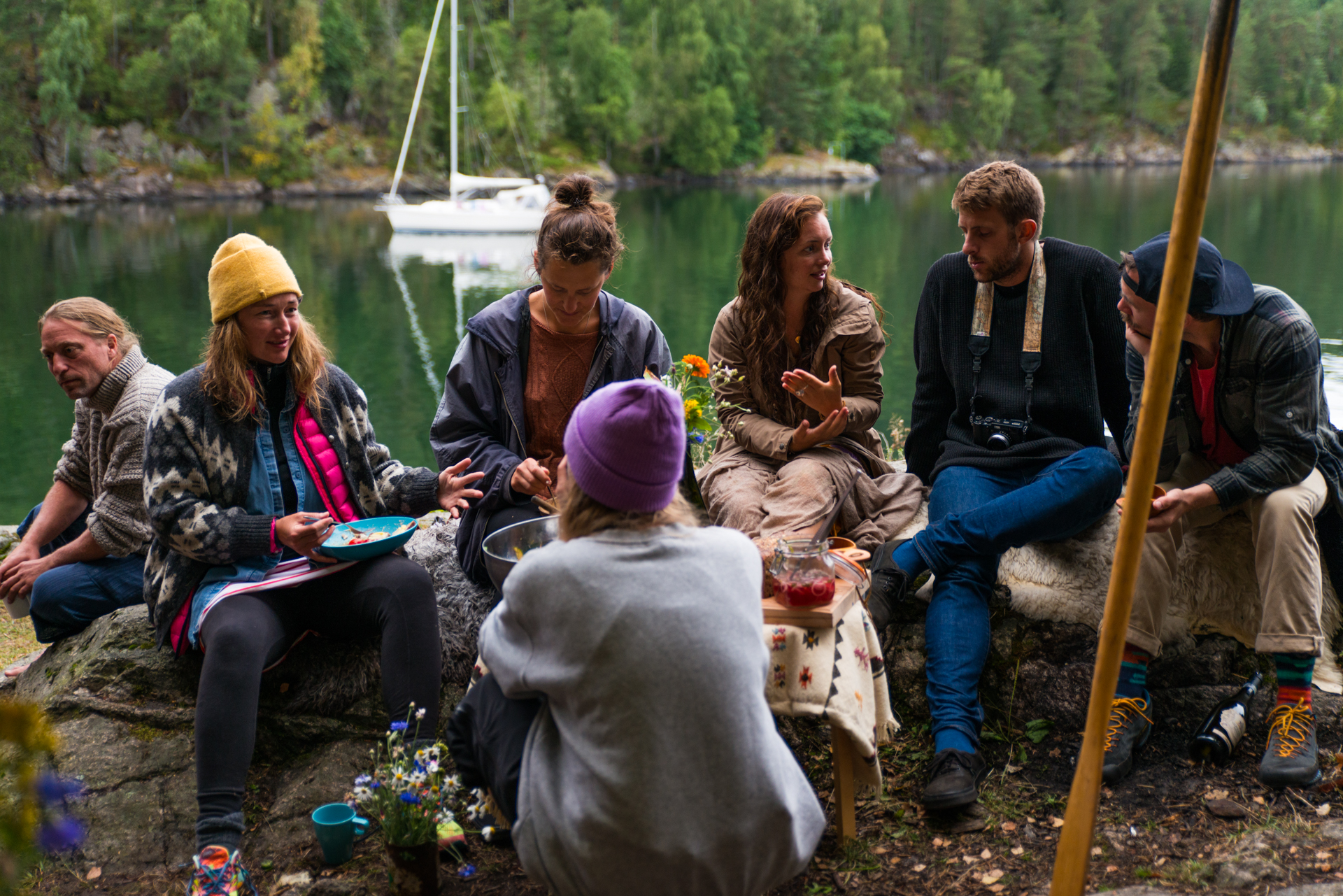 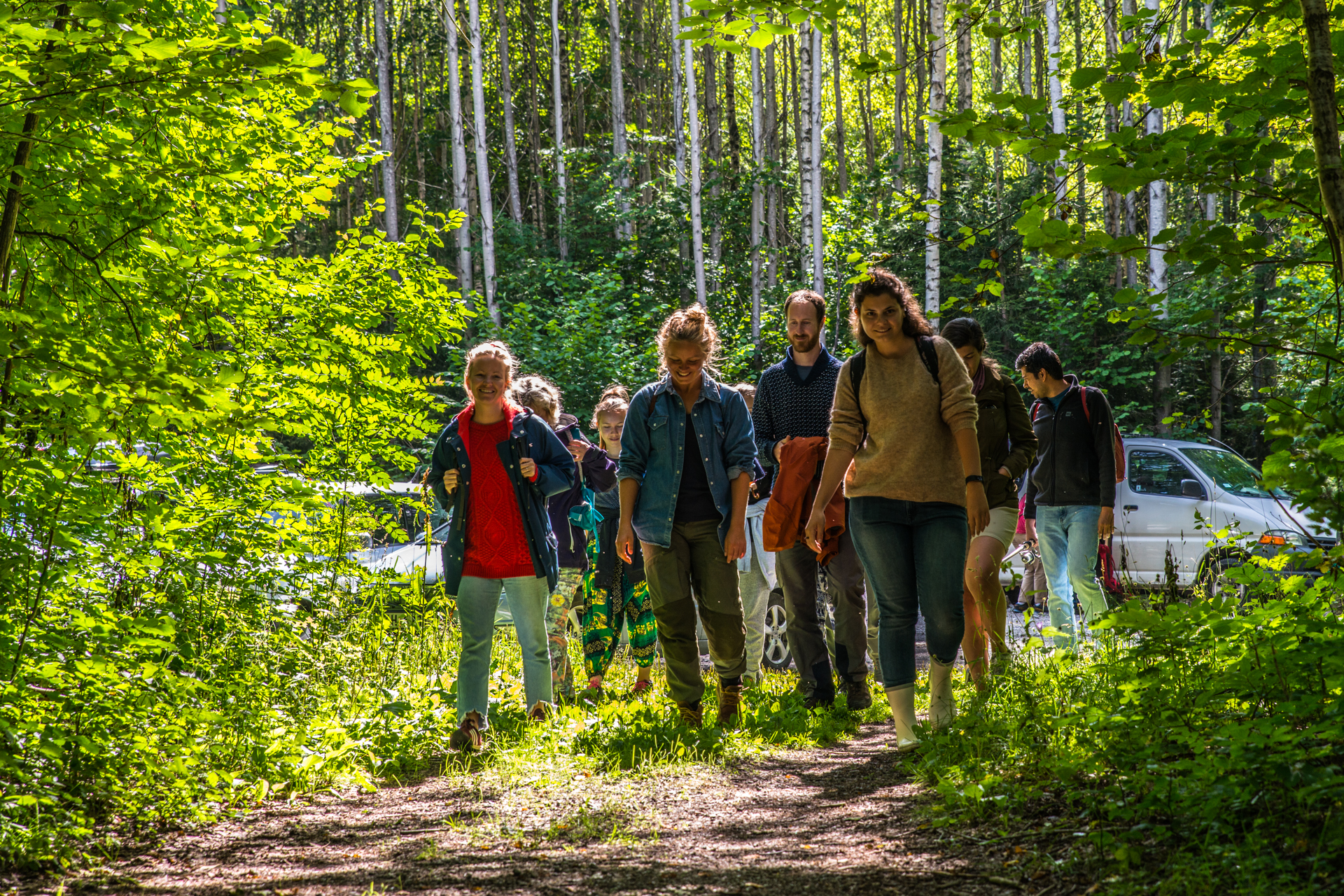 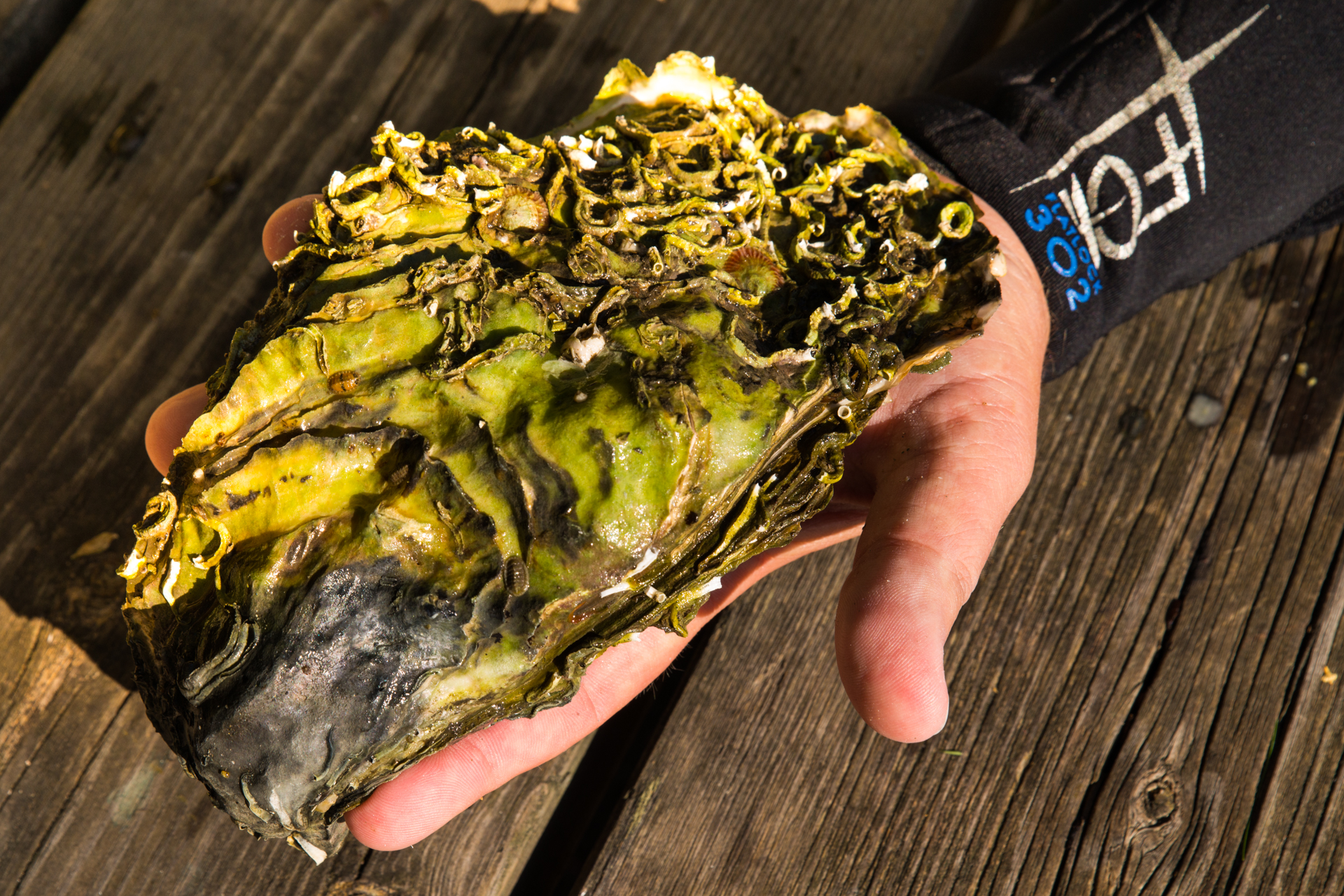 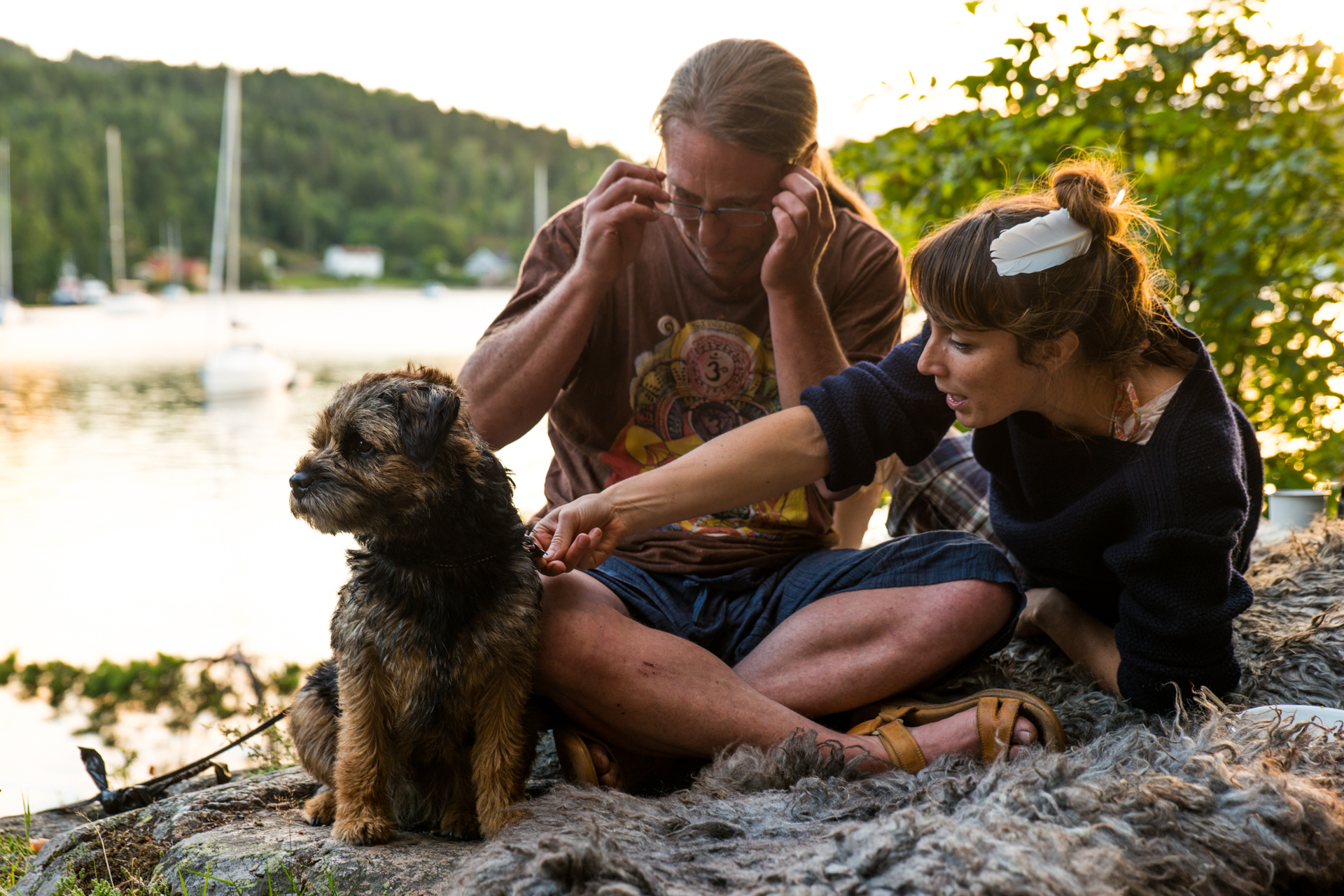 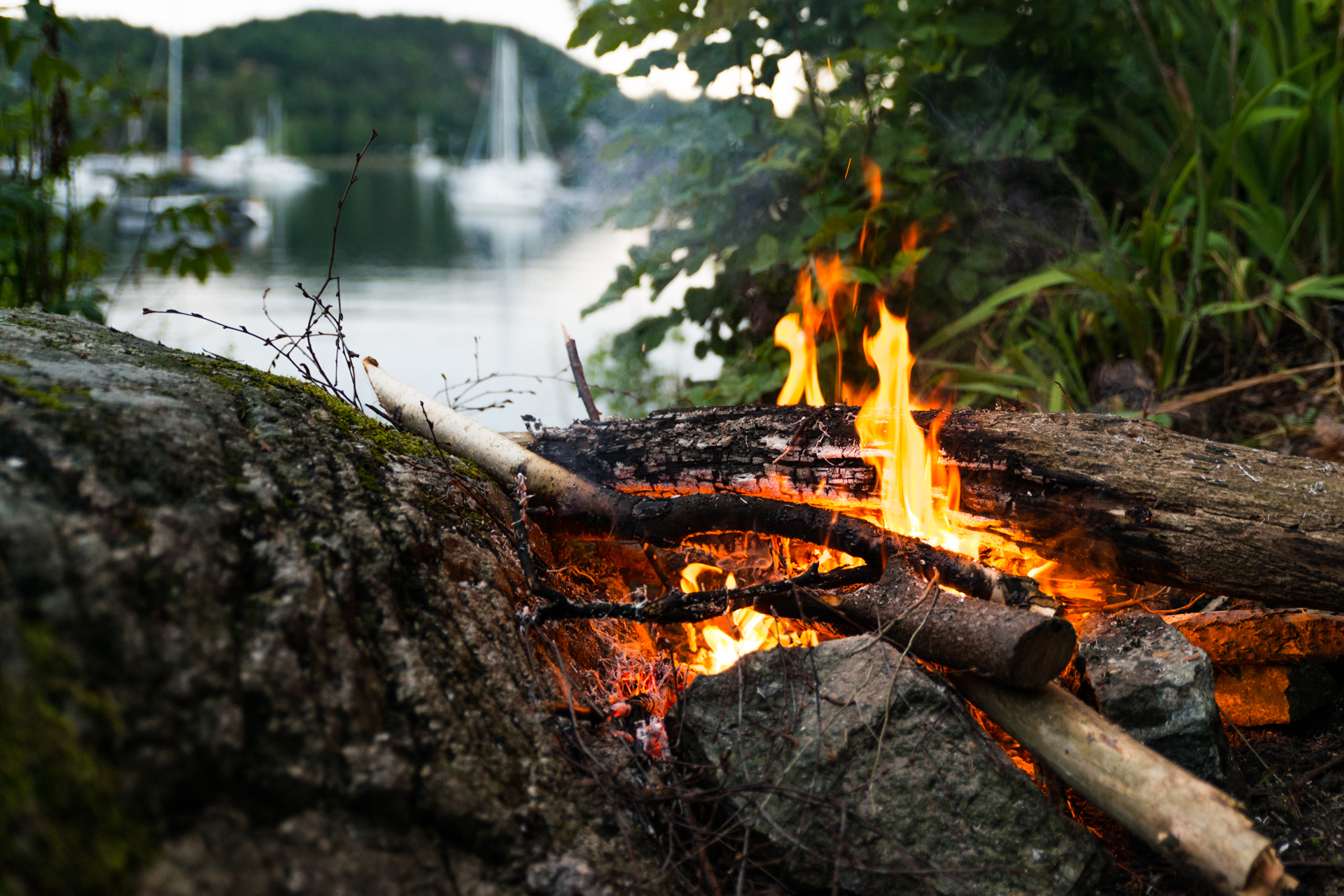