Why are 50 farmers marching in Oslo on a Saturday afternoon? No, they are not in town to demonstrate. They are giving some of their best soil to the most urban of places, Losæter in Bjørvika, where The Flatbread Society is creating a green space for growing food.

Walking behind a wheelbarrow through the urban, multicultural area of Grønland in Oslo feels slightly surreal. And surprisingly good. Drummers march right behind us, pushing the parade forward with their beats, waking up anyone who may try to take a nap this Saturday afternoon. Farmers from Tromsø in northern Norway to Stokke in south have brought soil in cars and trucks from their land into the city centre. In total around 50 wheelbarrows with soil from different farms. They brought a tractor too, and a horse walks in front. We are heading towards Losæter, a small piece of land amidst the waterfront development in Bjørvika.

People along the road stop in their tracks, smiling faces in open windows, many are filming with their mobiles with the expression «what on earth is going on?» This may not be a common view for the inner city dwellers. Trotting along on the pavement, not overly impressed by this whole parade idea, a tiny, grey goat on a leash.

Farmer Ole Gulsvik from Sigdal grows old, organic grains and says he’s thrilled to be here. «This is great fun, to help make a grain field in the middle of Oslo. We have so much soil in the country side, it’s only fair we share some with you guys» he says.

The Soil Procession started at the Botanical Gardens and will end in a green meadow in the middle of a concrete jungle of roads, train tracks and four massive air towers belonging to the Bjørvika tunnel. The event was initiated by The Flatbread Society, a growing constellation of farmers, oven builders, artists, bakers and soil scientists. Soil from over 40 farms was a symbolic addition to the plot of land where the society is creating a grain field and building a bakehouse. This land is also home to the urban gardening community Herligheten. Flatbread Society is a permanent art project rooted in Oslo by the international art collective Futurefarmers.

Upon arrival, the visiting farmers grab a handful of soil each and drop it on to a massive flatbread made of cloth. People are standing in a circle shaking the flatbread, mixing the lumps of soil together. Meanwhile, in the background, japanese chef Masayo Funakoshi and Food Studio are getting ready the first round of food for the crowd, a «Heggeli Farm» root vegetable pie with foraged pine shoot, nettle and seaweed from Zoe Christianses Fremtidens Mat. Washed down with freshly made, delicious raspberry juice.

The goat is still here, roaming around together with a dog she’s befriended. Kids are playing, more food is on it’s way. curator and historican Kjartan Fønstelien shows people how to make a prehistoric cooking pit in the ground, Zoe teaches people passionately about this highly underestimated and versatile food that is seaweed, and baker Emmanuel Rang from Åpent Bakeri bakes the most addictive naan flatbread in town. A truly wonderful and relaxed atmosphere in the sun, topped with stunning views straight out to the Oslo Fjord and nearby islands.

Chef Masayo brings more food to the table. Organic leg of ox from Heggeli farm braised over night, mixed with beer into a mexican stew melting in your mouth. Served with fresh herb salad foraged by the knowledgeable wild food-expert Britt Kornum, and of course, more naan bread. No one wants to leave, but we have to eventually as the wind picks up and it’s getting chilly. The Soil Procession is the third event by The Flatbread Society, initiated by artists, made possible by farmers and enjoyed by all who found their way to this little, green haven in Bjørvika. The bakehouse and grain field will be available for everyone in the city. For now, it’s a secret for most, hidden in between towers and traffic. But if you happen to find it, you will be surprised how wonderfully green and lush life can be in between the grey. 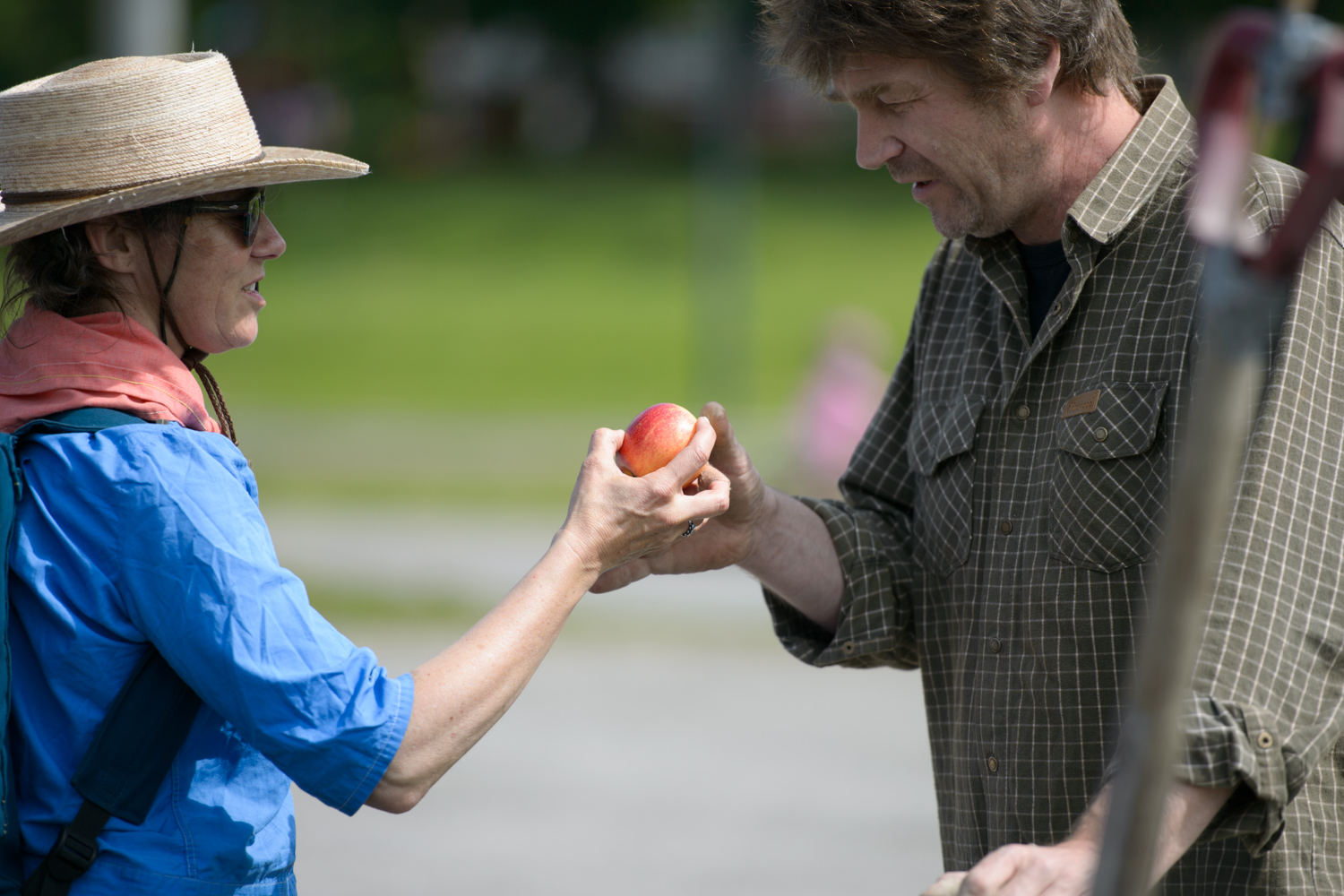 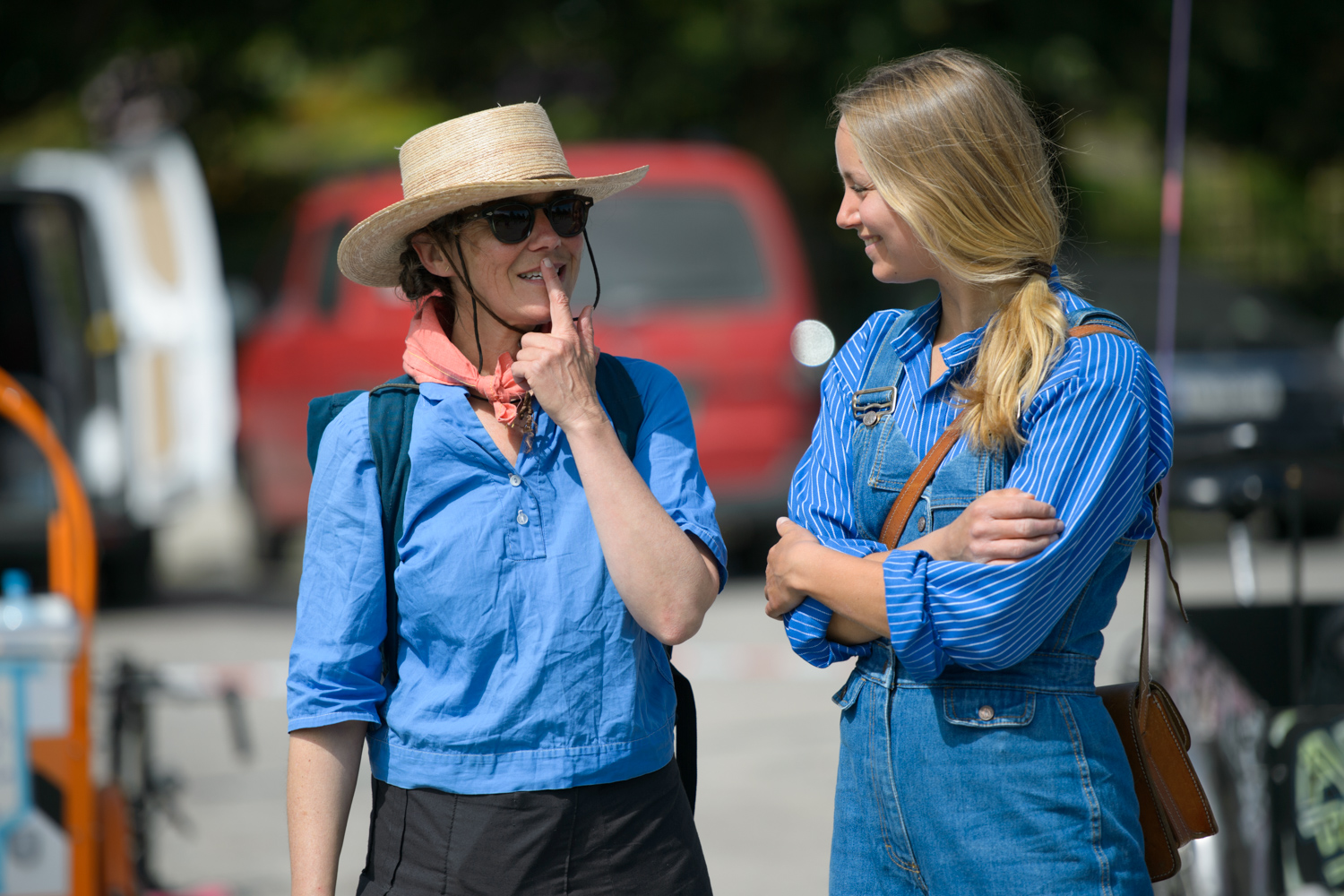 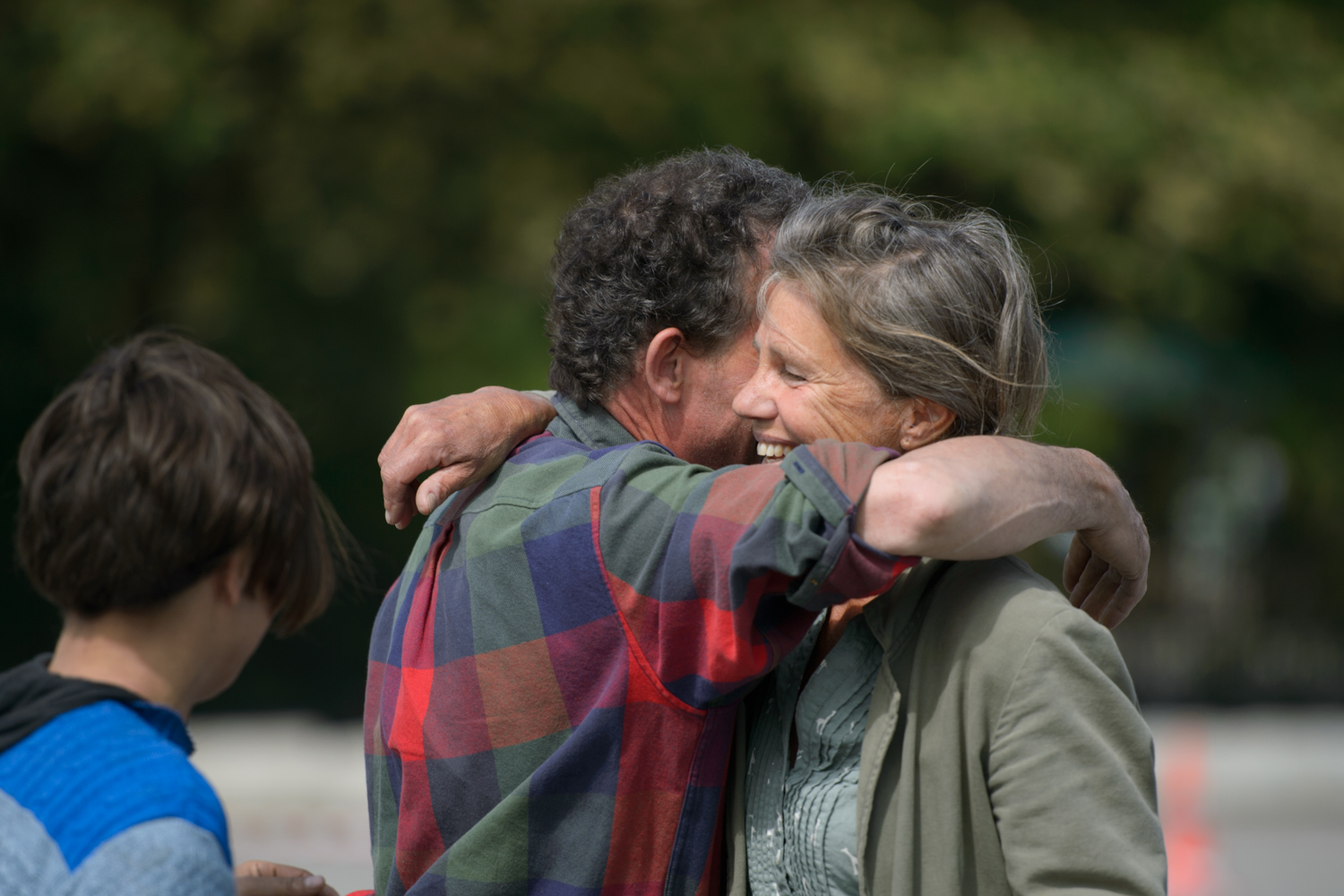 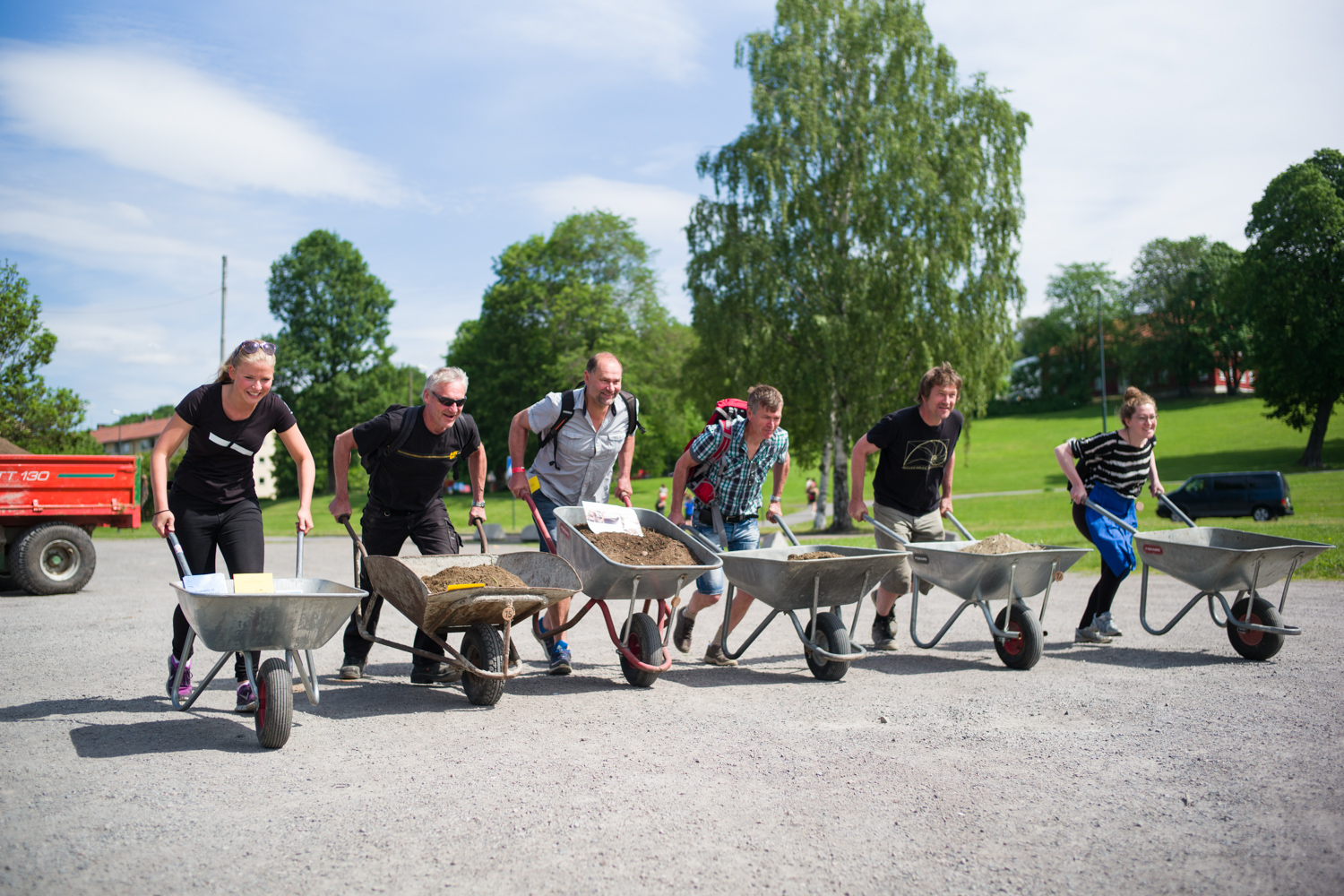 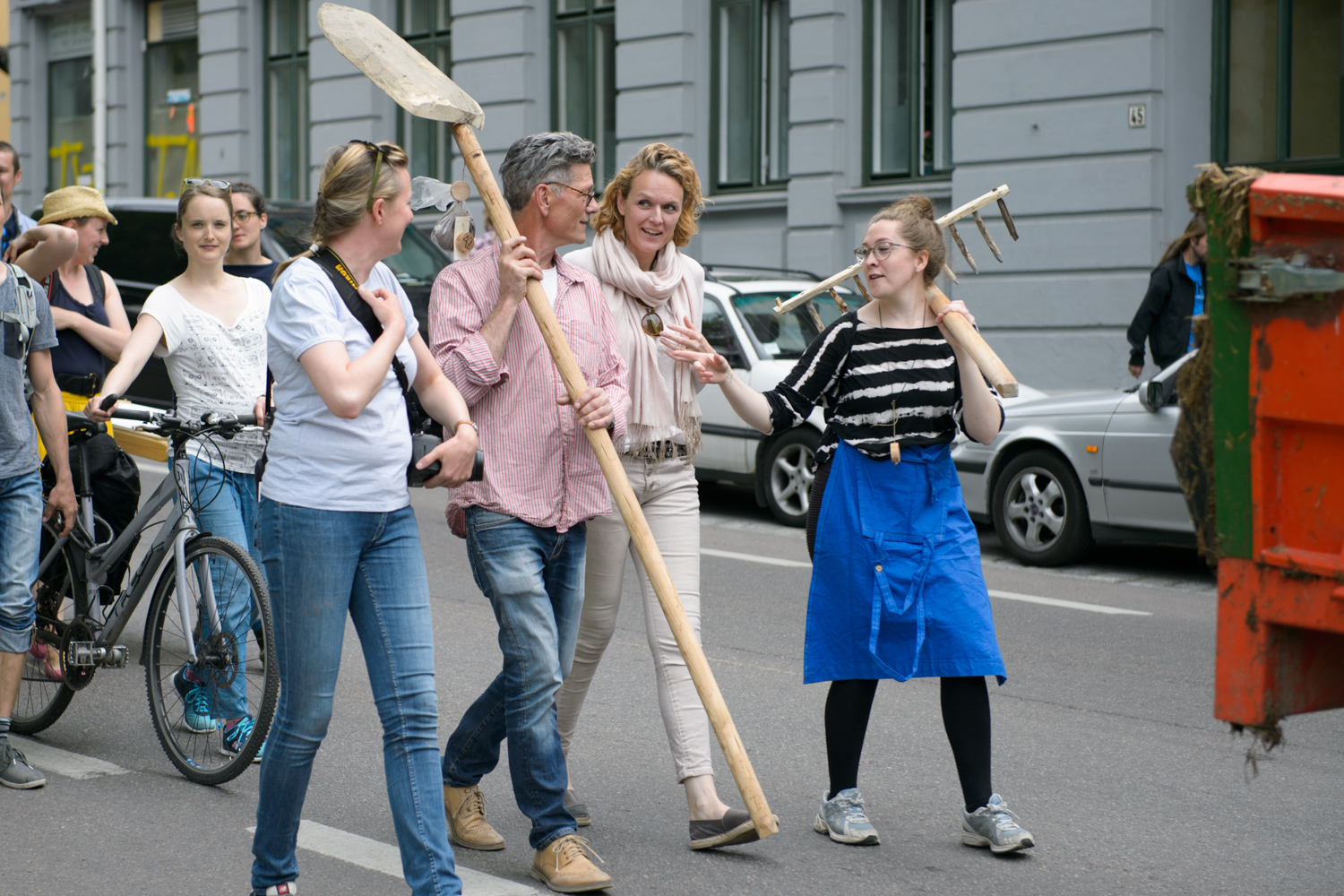 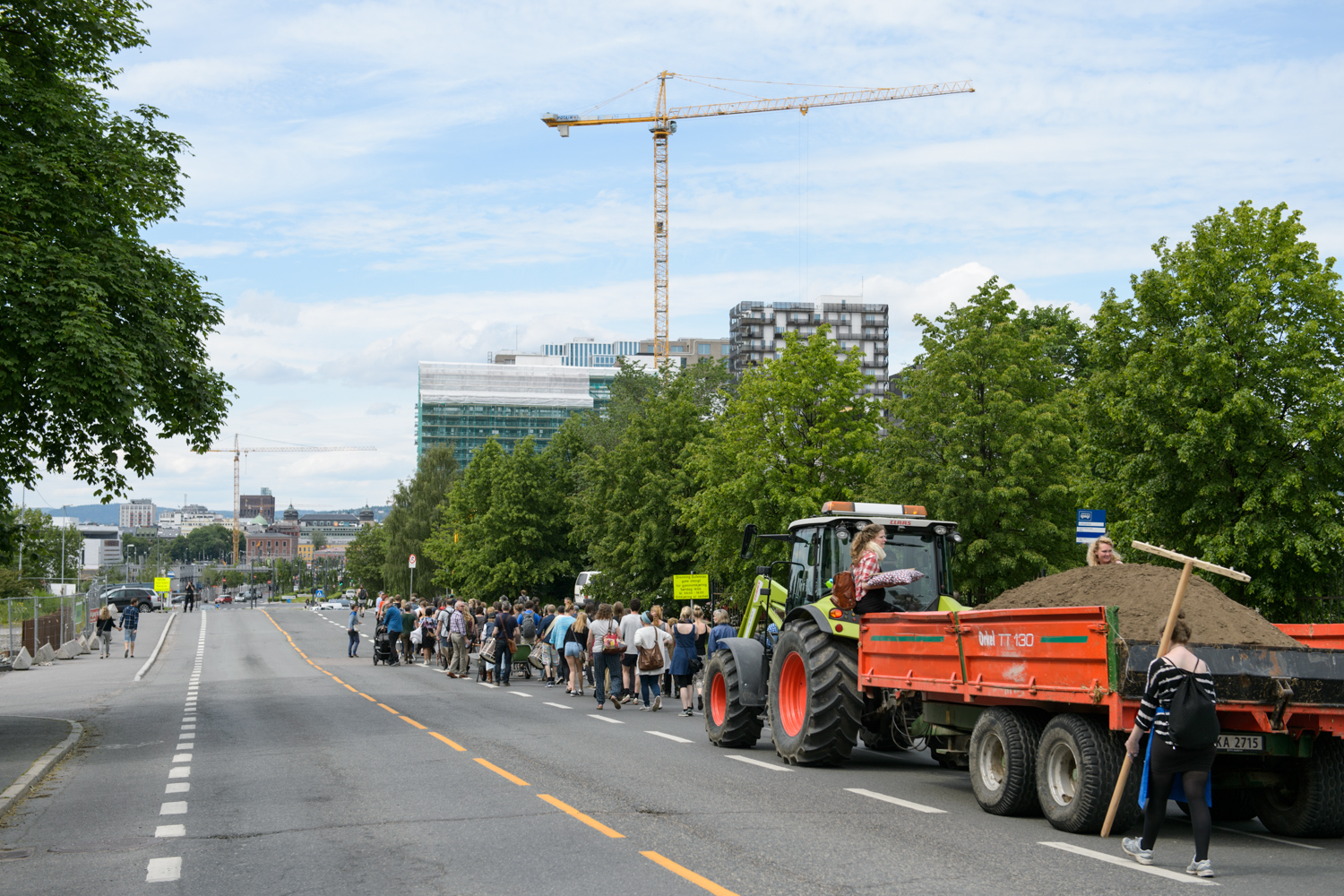 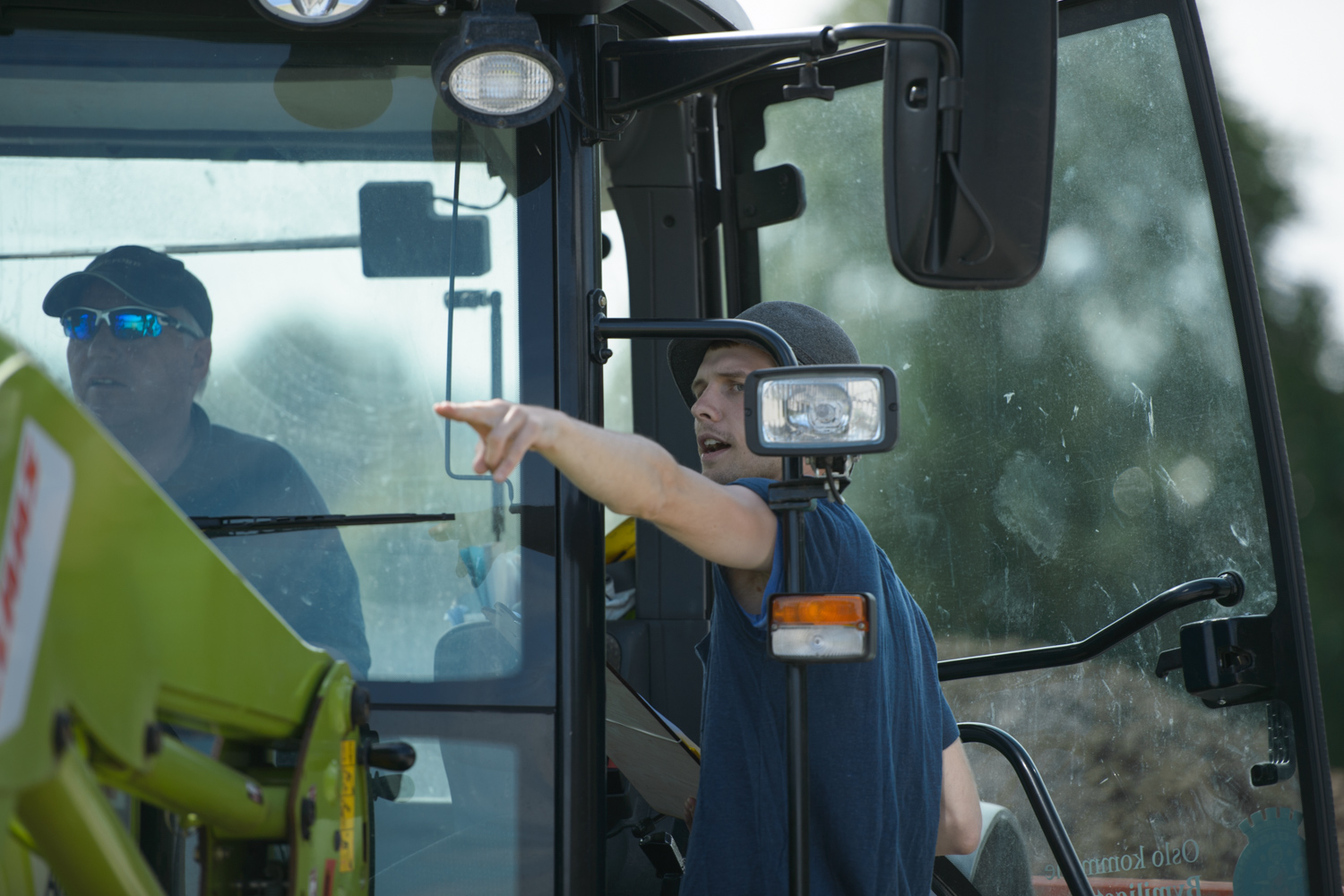 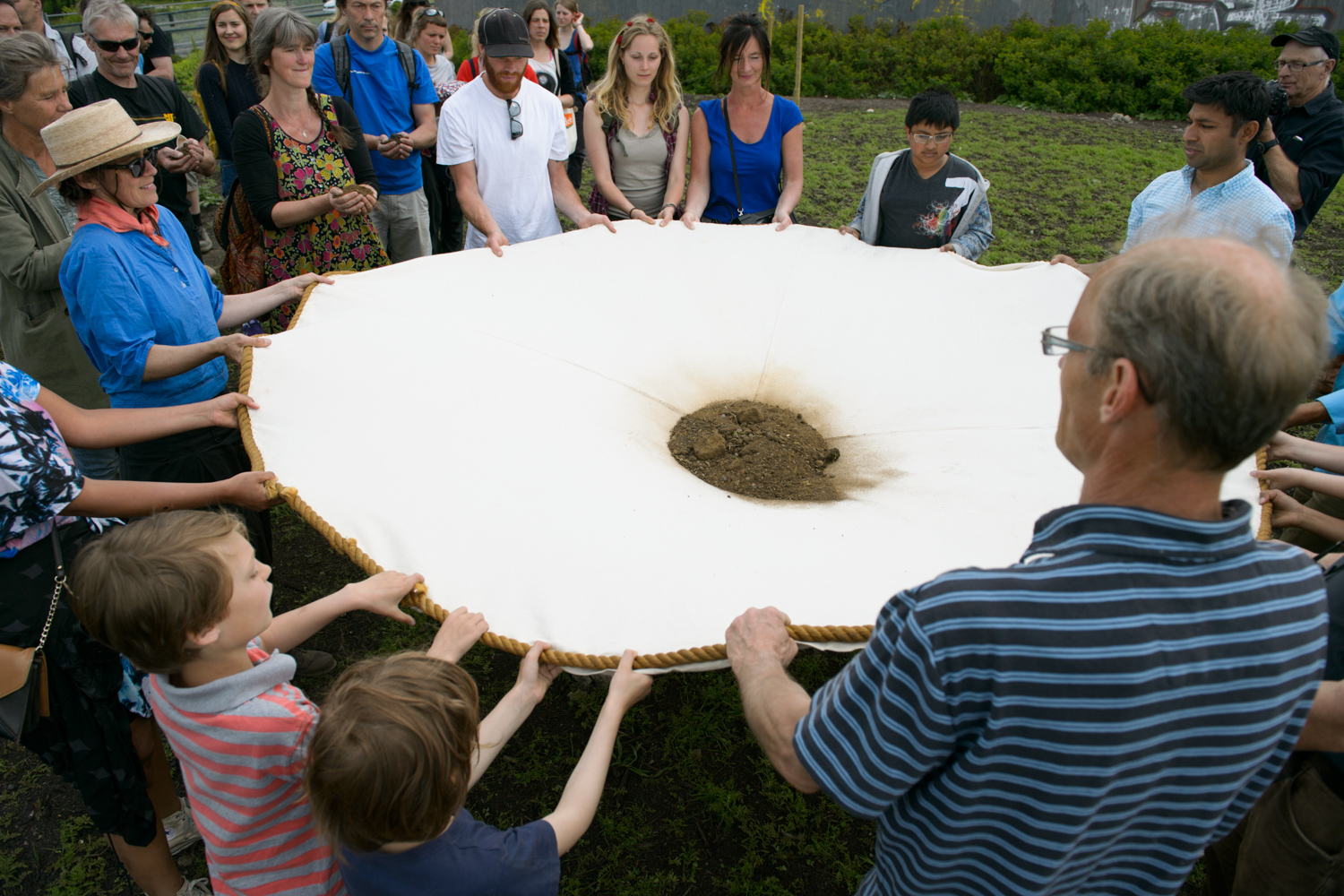 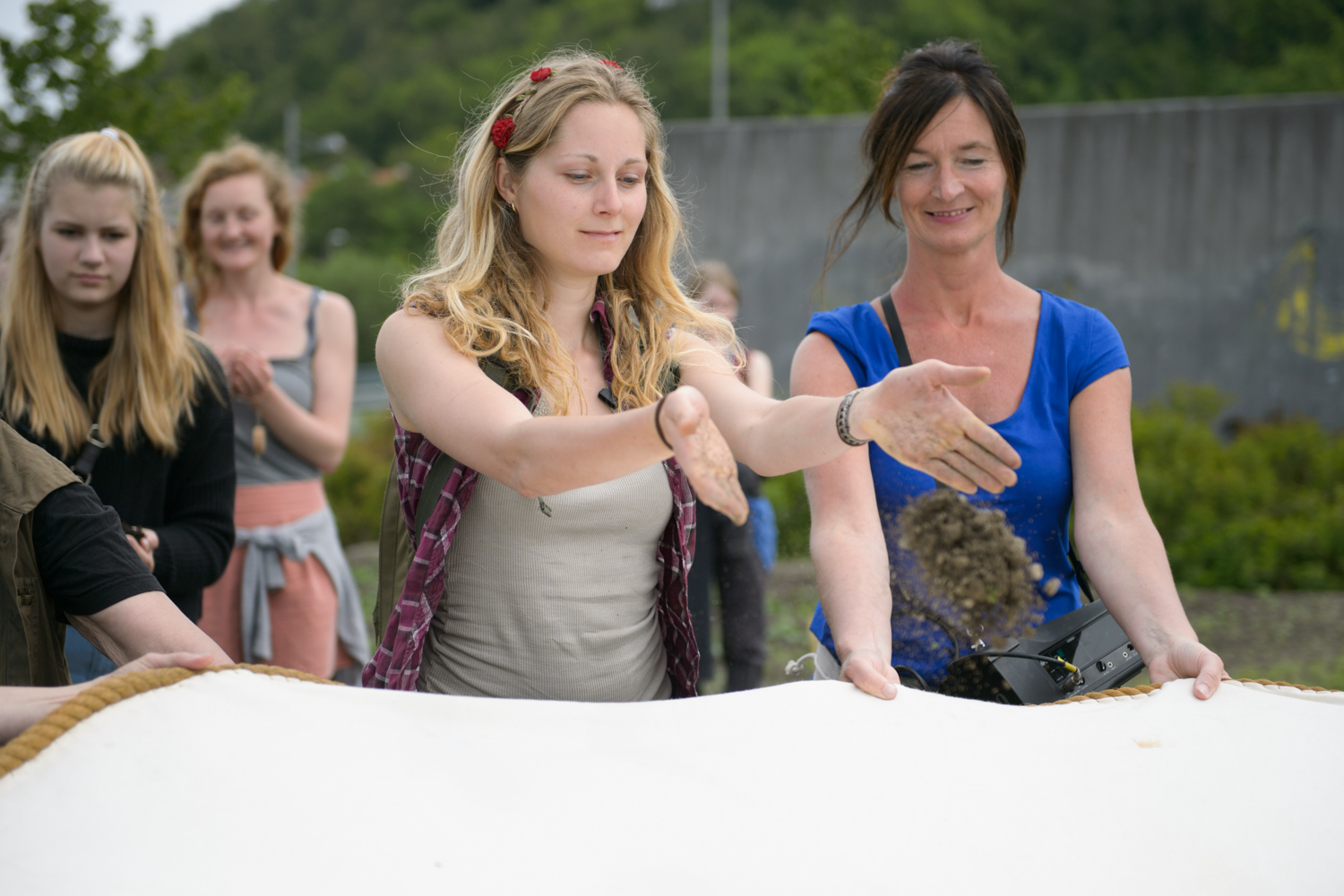 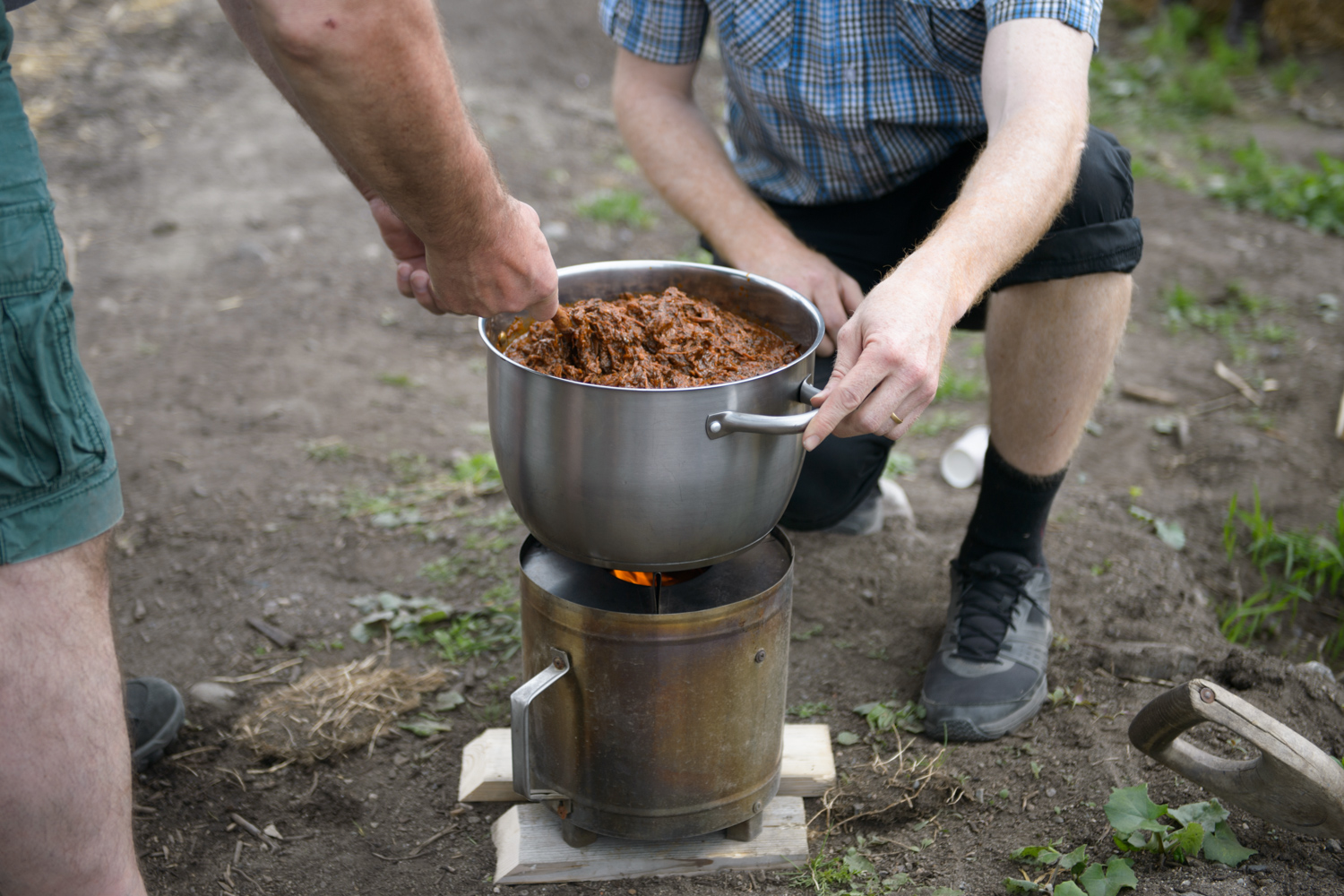