Secrecy is always intriguing when it comes to food. Fortunately, the Danish chef duo Bo Lindegaard and Lasse Askov are equally as good at keeping secrets as they are at preparing delicious meals. Together they run the design/food collaboration I’m a Kombo in Copenhagen, which refers to the team’s combination of tasteful skills and limitless imagination.

Lindegaard and Askov met at the Danish Cooking School in Copenhagen and went on to pursue careers in cooking upon graduating in 2003. Both did stints at the noted restaurant Kokkeriet (Lindegaard in 2004 and Askov from 2005 to 2008, gaining a Michelin star) before Lindegaard became head chef and creative director at the conceptual food collective Madeleines Madteater. In 2010, the boys joined forces and set up I’m a Kombo.

Food Studio was invited to participate on their sixth installment of their very popular event The Social Act in February, an evening filled to the brim with adventurous cuisine in a quite unorthodox setting for gastronomy. The team believe that the use of interiors and exteriors frame and refine the experience of dining and we were told to meet at the Danish Museum of Art & Design, a prestigious 1890-building by Danish architect Vilhelm Klein. With two bottles of wine in hand as instructed (one red, one bubbling) we tiptoed with glee over the museum’s brick layed courtyard and looked with bewilderment at the line of partygoers handing over clear plastic boxes to the I’m a Kombo staff. Boxes with…popcorn?

The surrealism didn’t end there as we were shortly ushered upstairs to one of the grand banquet halls of the museum (which is usually inaccessible to the public). A freezer and a fridge had been placed under a gargantuan chandelier and the boxes of popcorn were exhanged for small glasses of schnaps and handfulls of pork cracklings. Rambunctious live jazz music made the atmostphere complete. After munching down the cracklings, accompanied by ice cold bottles of indian pale ale, we poured down the last golden drops of schnaps as the quest around the museum continued.

High heeled ladies and amused gentlemen followed the inventive team downstairs to the museum’s lobby where delicious spring rolls with duck and fresh leaves were being served directly on the reception desk. There is something very relaxed and fun about continously changing the setting for eating – and not to mention – the way you eat. Both the cracklings and the duck rolls were eaten with our fingers and it made for a very sensous experience as we equally tasted, smelled and felt our food.

The third leg of the evening ensued and we had to don our winter coats and venture into the museum’s garden. A setting resembling a scene from Alice in Wonderland appeared before us: Large flower like structures made from bamboo sticks, marshmallows and small orange fire pits. We felt a surge of childish joy as we carefully rolled the homemade cream white puffs in orange verbena powder before putting it on the burning charcoal. Guests mingled in the crimson glow before we were beckoned inside by the waitors.

As we sat down and got friendly with our table mates in the museum’s beautiful dining room, small glowing lanterns were being placed on the table. These small mushroomy things turned out to be edible lamps of bread which shortly got filled with a lovely broth. Not soon after we were offered a generous serving of salted duck and yellow puree of kohlrabi served in its own shell. Great shining orbs of light hung from the ceiling and everyone shared their wine generously with newly made friends, preserving the memory of the wonderful setting.

We reluctantly finished our food and were once again ask to come upstairs to the banquet hall were the mystery of the popcorn was finally revealed. The Danish guests had been sent plastic boxes in the mail along with a recipe. It didn’t say what the finished product was going to become, but it turned out to be nothing more scrumptious than licorice laced popcorn. The task was now to make dessert together, a huge, over-the-top kladdekake with sponge cake, absurd amounts of cream, orange verbena and of course – the licorice popcorn. Cups of hot steaming black coffee was served alongside and the result was more than just a bit delicious. We helped ourselves to both second and third servings. The jazz band kicked up a notch and the partygoers were slowly bubbling into dance mode.

As the evening came to and end we met up with the happy team Lindegaard and Askov and accompanied them to their newest baby, the Restaurant Congo, a small gem on Store Kongensgade, serving dishes such as aromatic juniper bush and crispy prawns from Rømø. Not surprisingly, the act of secrecy continued. To find the resaturant, we popped through a nondescript black door, manoeuvred our way down a dark hallway and – suddenly –  found ourselves deep in the jungle.

Food Studio is delighted to be working with the I’m a Kombo team for our next event in Oslo on June 29th. Tickets are now onsale online here. 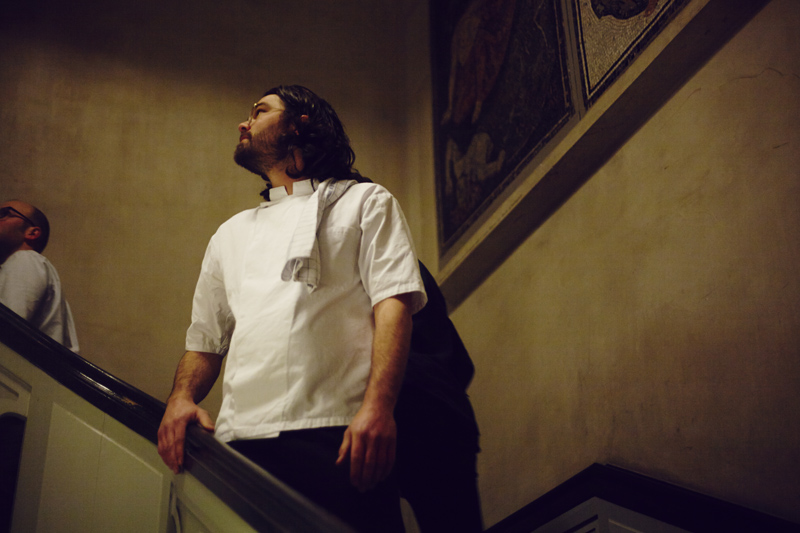 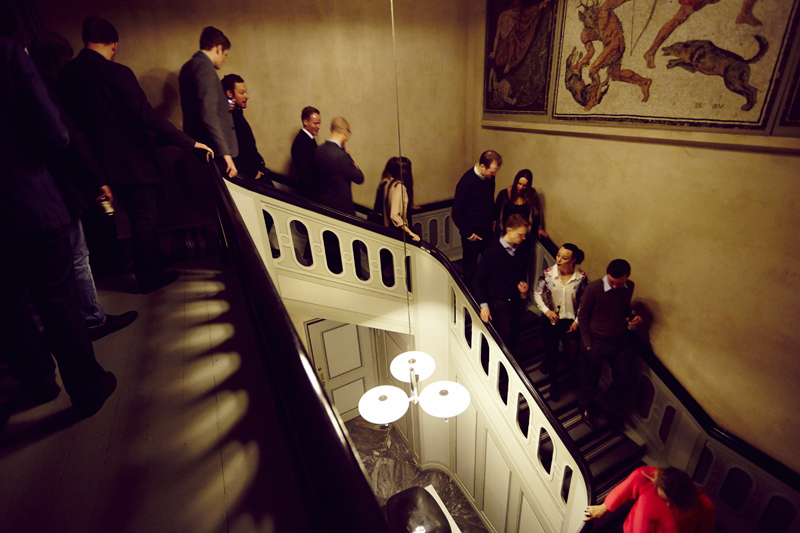 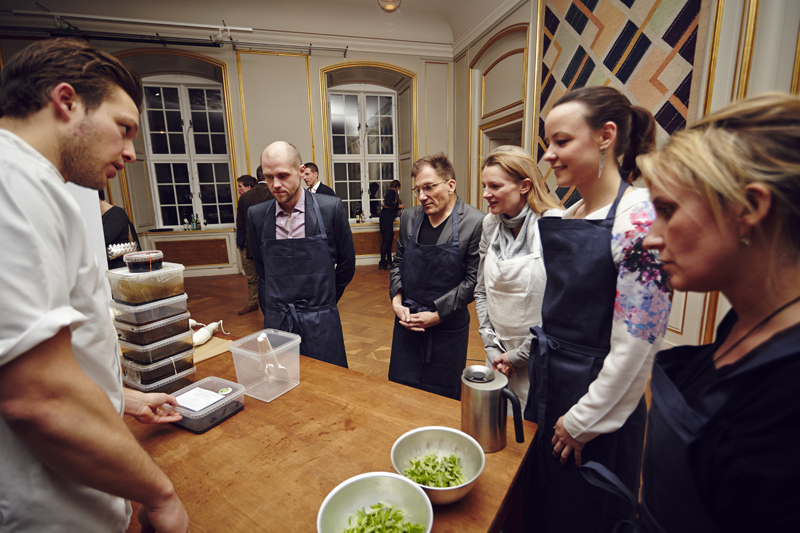 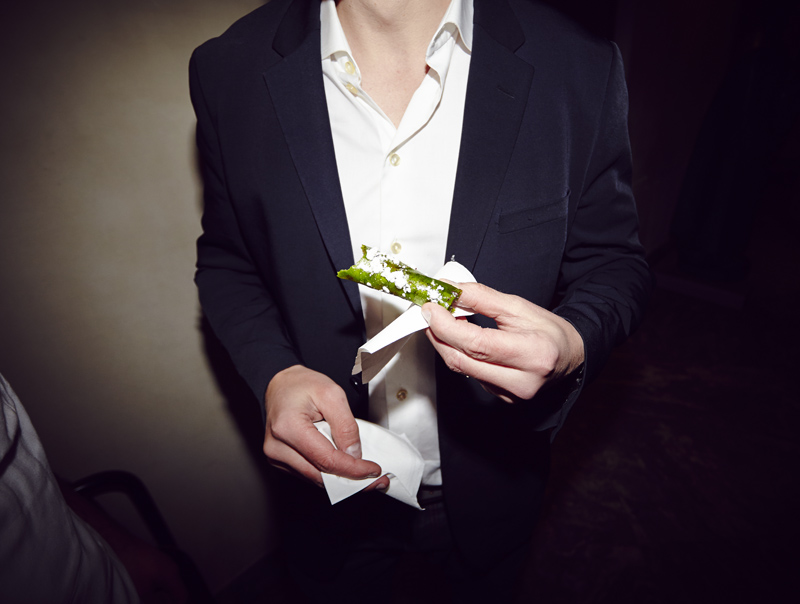 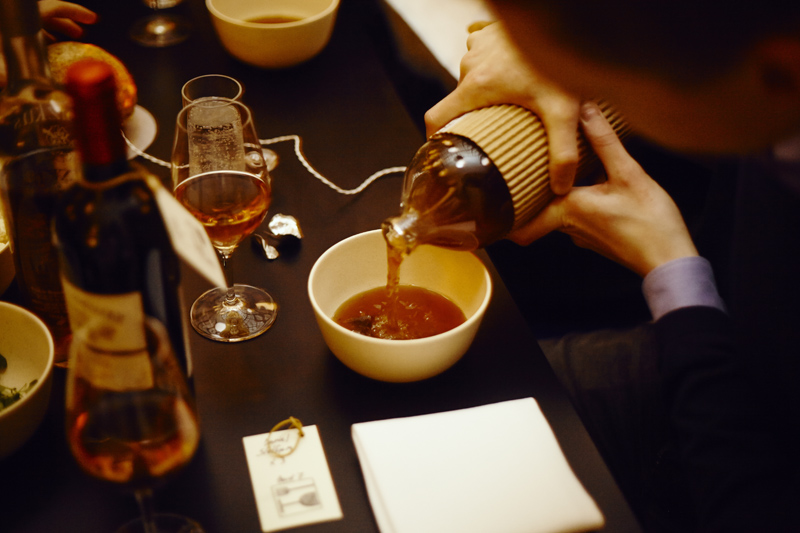 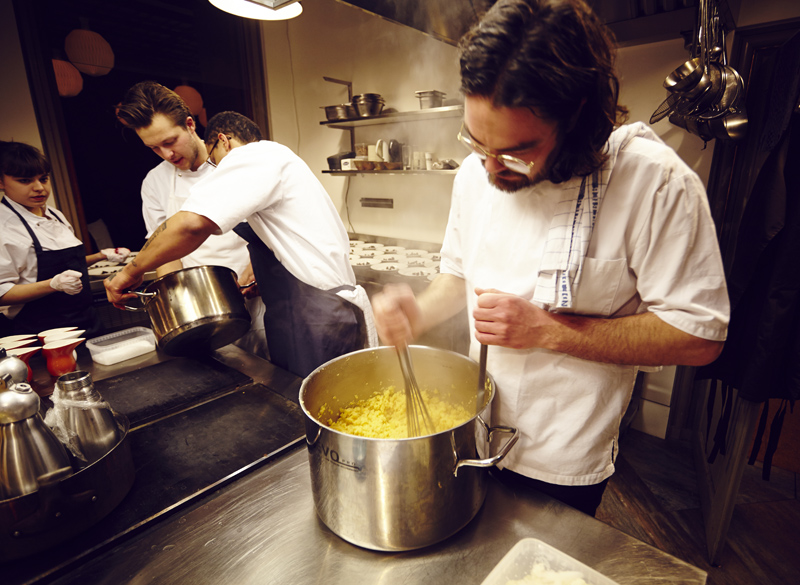 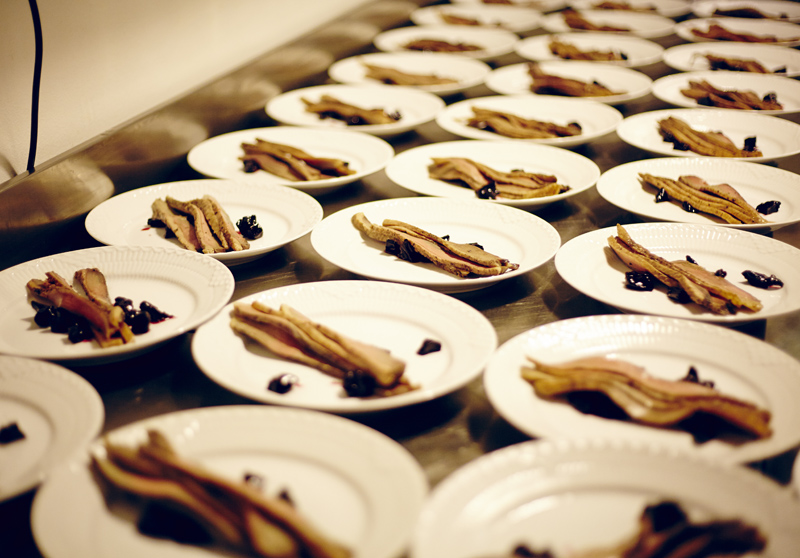 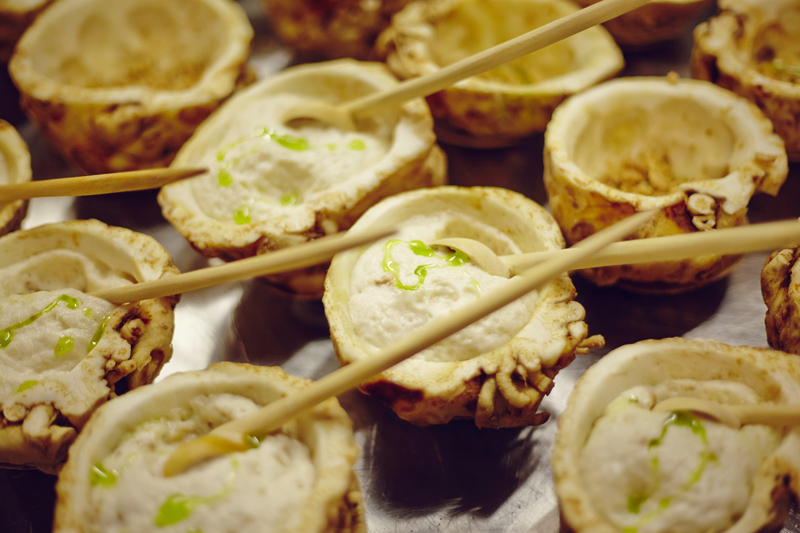 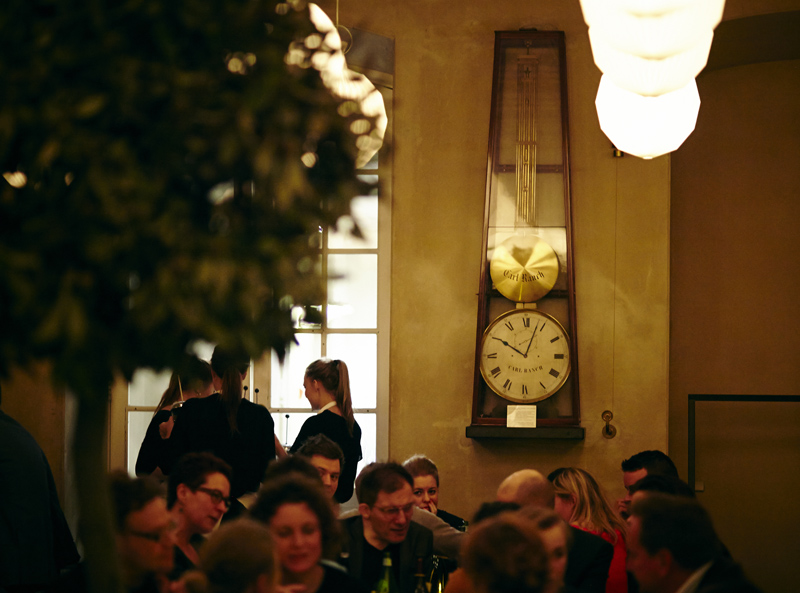 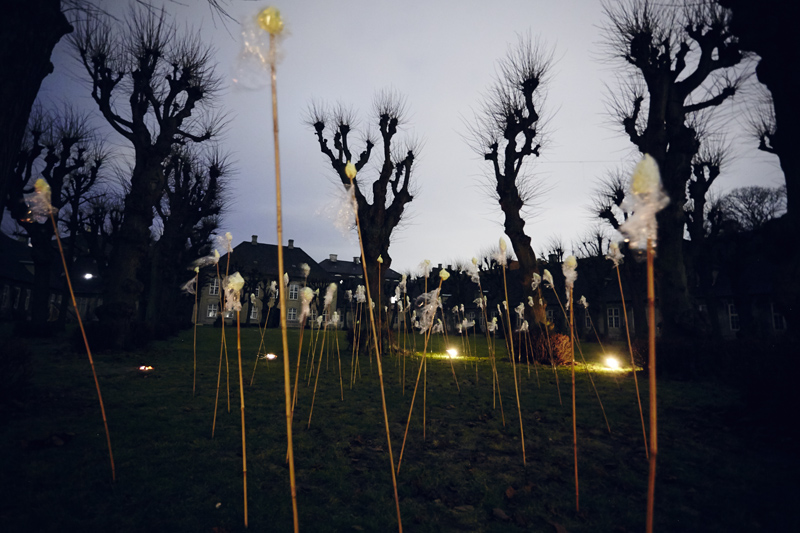