At this year's two-day Visuelt conference, the largest gathering of participants in the creative industry, the Food Studio team was challenged to come up with the food concept for over 400 delegates.

Each year Grafill – the Norwegian non-profit organisation for creatives working in the field of visual communications – hosts the largest gathering of industry participants for their annual Visuelt conference and awards ceremony. The aim of the event is to inspire and function as a meeting point for the creative industry.

This year saw Grafill host its 20th annual Visuelt conference, and Food Studio was tasked with providing the food concept for the entire event. Making sure over 400 conference goers were kept fed and watered with healthy, natural food over two days is no small feat, and for this event Food Studio was delighted to be working alongside Oslo’s «King of Coffee,» Tim Wendelboe, as well as the team behind the remarkable Kantina Westerdals.

Located in Oslo, Westerdals School of Communication is known as one of the world’s ten best communication schools, educating the next generation of creatives. The school’s restaurant, which is also open to the public, is run by the affable young chef Magnus Morveto. A dual Swedish/Italian national, Magnus’ background is from fine dining, including a stint at Heston Blumenthal’s Fat Duck, and he now heads the kitchen at Kantina Westerdals. Magnus takes an experimental but honest approach to food approach, with a focus on organic, locally sourced produce.

Day 1 began with conference goers enjoying a nutritious and healthy start to the day with a breakfast of Norwegiantjukkmjølk (a thick, cultured milk drink) mixed with oats, barley, spelt and rhubarb. Just the sort of food to keep the brain fuelled for the creative discussions ahead.

At any conference, you know that coffee is going to be a vital component, and for this event we decided to do something special and we again teamed up with former world barista champion, Tim Wendelboe, to serve something beyond the usual cup of hot strong black stuff. Tim’s small coffee shop and roastery in Oslo’s Grünerløkka has been creating some of the best coffee around, and for the conference Tim had selected a special coffee for us to serve – something that would hopefully change people’s perceptions about this ubiquitous drink.

Finca Tamana is a small coffee plantation in Pital, Colombia some 400km south of the capital Bogotá. Tim has been working with the farmer Elias Roa for just over a year to improve quality at Finca Tamana, and already these efforts have started to yield results. Tim had chosen to serve a variety of Arabica coffee known as caturra that is hand picked, processed and then dried in the shade for 30 days before being lightly roasted at Tim’s shop in Oslo. We drip brewed the coffee freshly for each break and served it black with no cream or sugar on offer to let its true underlying flavours shine through. It was packed with aromas and flavours of citrus, brown sugar and berries with a slight citric acidity. This was a clean, smooth brew with a juicy mouthfeel and lingering sweet finish. Hopefully, we managed to show people that coffee doesn’t have to be the acrid burnt stuff that is so often served at these sorts of events, and that a good coffee, prepared in the right way, can be as nuanced as the finest of wines.

At the lunch break, Magnus and his team had prepared individual boxes containing roast chicken wraps with dandelions, pickled cucumbers and tarragon mayonnaise. Alongside this was a hearty salad of lentils, bacon and honey-roast onions. To wash this down was a crisp and refreshing rhubarb lemonade drink.

The conference delegates filed back into the auditorium, while the Food Studio team set about preparing for the afternoon break. For this we served more of the Finca Tamana coffee as well as a muesli bar packed with coconut, oats, dates, sunflower seeds and apple, which was dense and filling, designed to release its energy slowly.

All the packaging designs were created by the Oslo based Bielke+Yang design house in collaboration with the illustrator Uglylogo. Healthy and organic food is often branded in a dull or pretentious way, so Bielke+Yang wanted to do something completely different and use humour to focus more on the ingredients. Of course, it goes without saying that all the packaging was completely recyclable.

Day 2 started with an ingenious breakfast prepared by the Kantina Westerdals team. «Breakfast in Bread» was a playful take on bacon and eggs. Here, a mix of bacon and eggs were baked into a bread roll to make a delicious and portable way to enjoy this breakfast classic.

For lunch, guests enjoyed a light salad of wild herbs, shoots, and flowers together with lightly pickled carrots and parsnip, crispbread, as well as a piece of Swiss-style cheese with carrot from Norway’s Den Blinde Ku (The Blind Cow) dairy. This was accompanied by a delicate camomile drink gently sweetened with honey.

The final snack of the conference was a thick square of dense, moist pancake made with spelt flour, cinnamon, andeinkorn wheat, an ancient wild species of wheat produced by Holli Mølle in Spydeberg, which is high in protein and packed with essential amino acids.

The evening saw the Visuelt awards ceremony take place in the imposing Folketeatret building in downtown Oslo. Following this, guests were whisked to the top floor of the building to the roof terrace, with commanding views over the whole of Oslo, and where the evening’s festivities would take place.

Our theme for the evening was street food, and Magnus and his team from Kantina Westerdals had prepared four different stations from which guests could choose a variety of food.

On the grill were elk sausages and meatballs, the latter having been rustically skewered onto twigs. Roast carrots and parsnips and fresh break completed the outdoor feast.

There was also a quirky and beautiful little apothecary, where a sign proudly proclaimed «Mat er Medisin» (Food is Medicine). Here, Magnus would politely ask guests «what’s your problem?» before concocting a non-alcoholic drink to soothe their specific ailments. Drinks were made from a plethora of wild berries and seeds, such as sea buckthorn, açaí, cocoa beans, liquorice root, seaweed, lilacs, and pomegranate. This experience proved to be very popular as the long queue in front could attest to, and brought smiles to everyone’s faces.

To satisfy our sweet tooth, a sorbet stand was set up to serve the homemade sorbets that Magnus makes at Kantina Westerdals. We enjoyed cooling bites of passion fruit & melon, açaí, blackcurrant & blueberry, and, my personal favourite, wild strawberry sorbets.

The night continued into the early hours with dancing and laughter and the buzz of conversations filling the warm Oslo night.

This event would not have been possible without the following, so a big thanks from Food Studio for making this event the success that it was: Grafill, Westerdals Kantina, Tim Wendelboe, Print House, Nordicpack, Tingstad, Bielke+Yang,Uglylogo, and hallofallo. Packaging design and scenography in collaboration with Caroline Magnus. 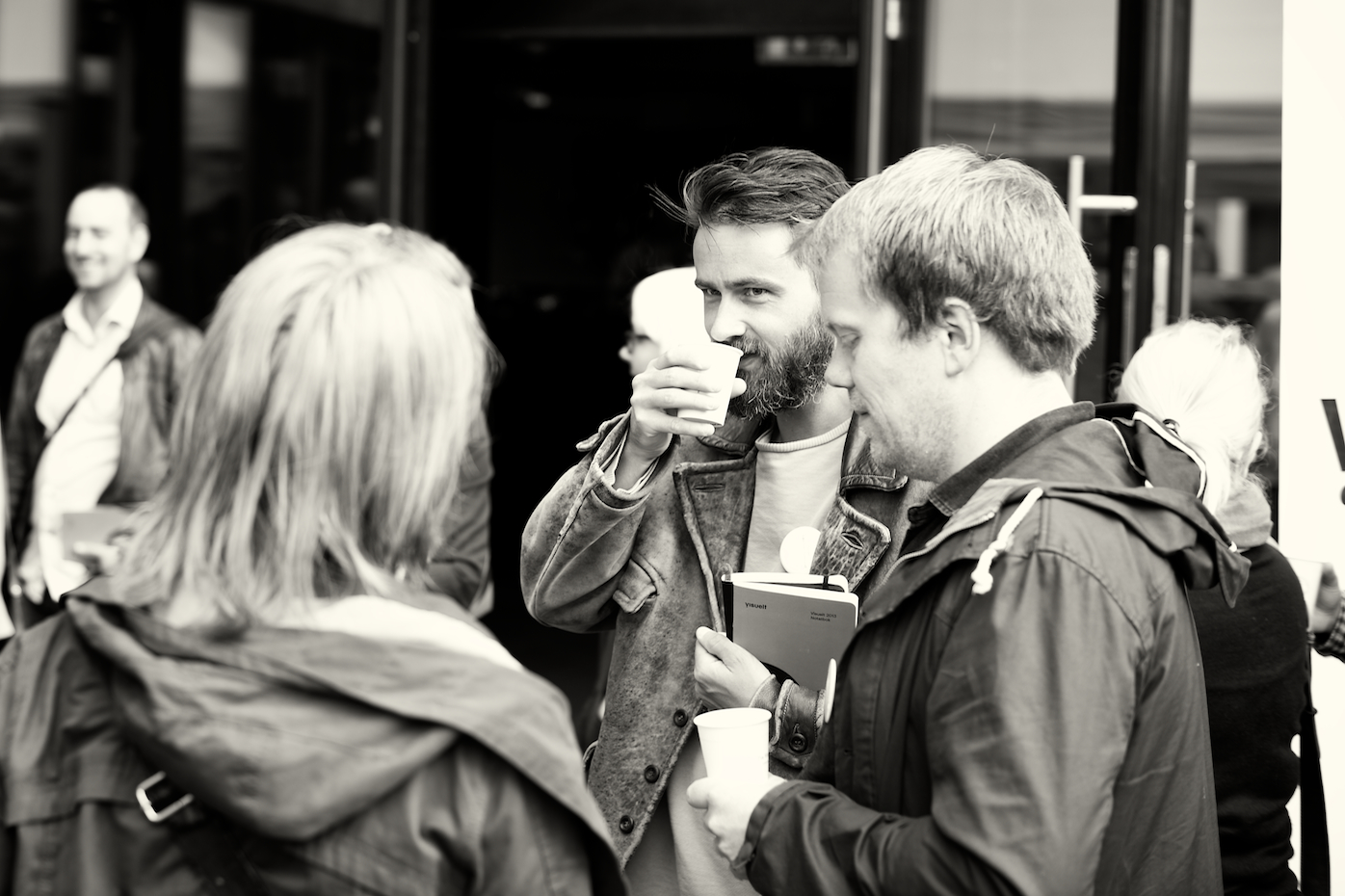 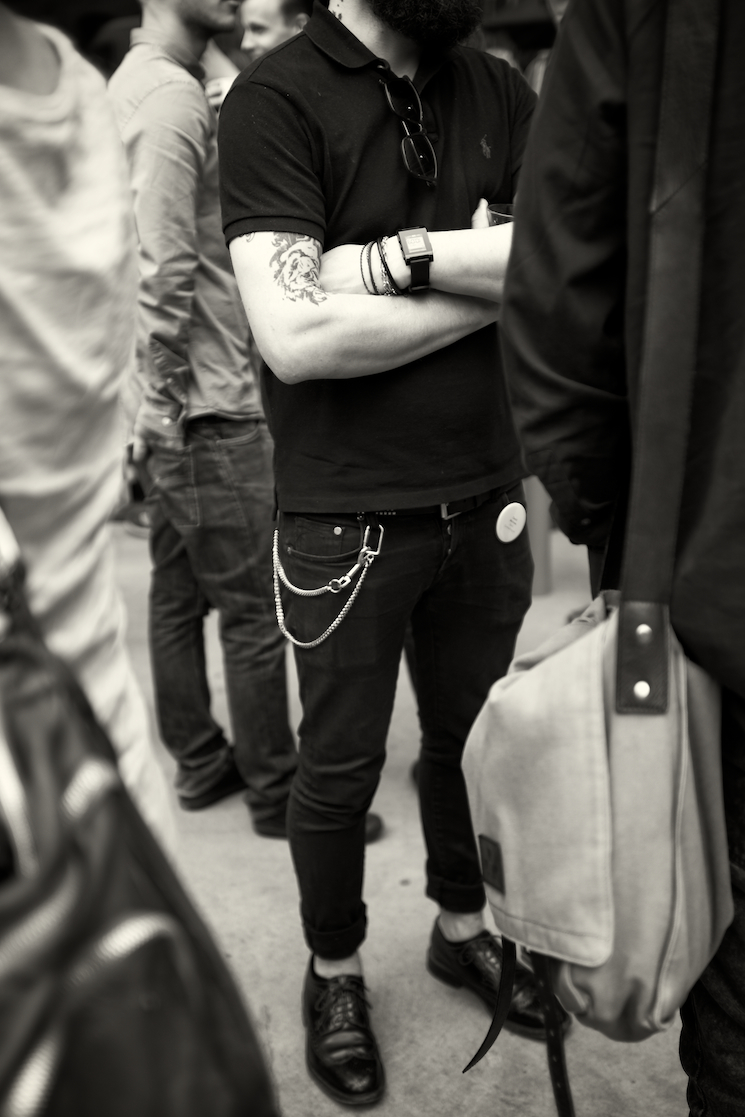 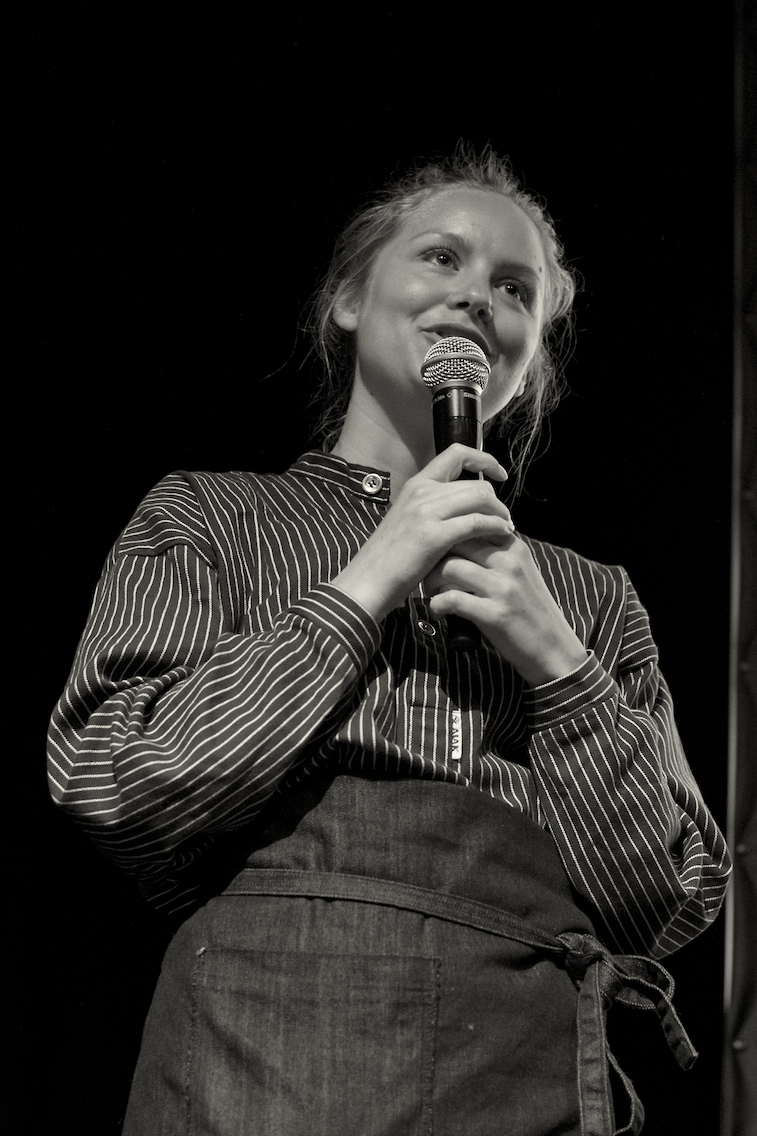 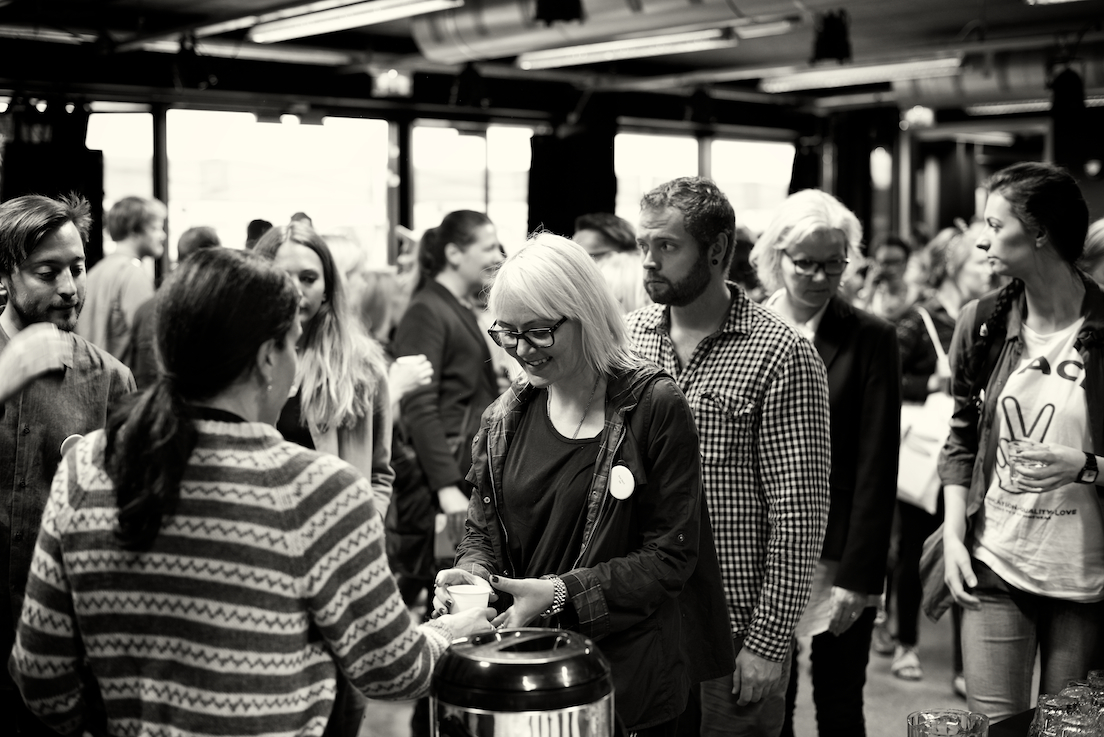 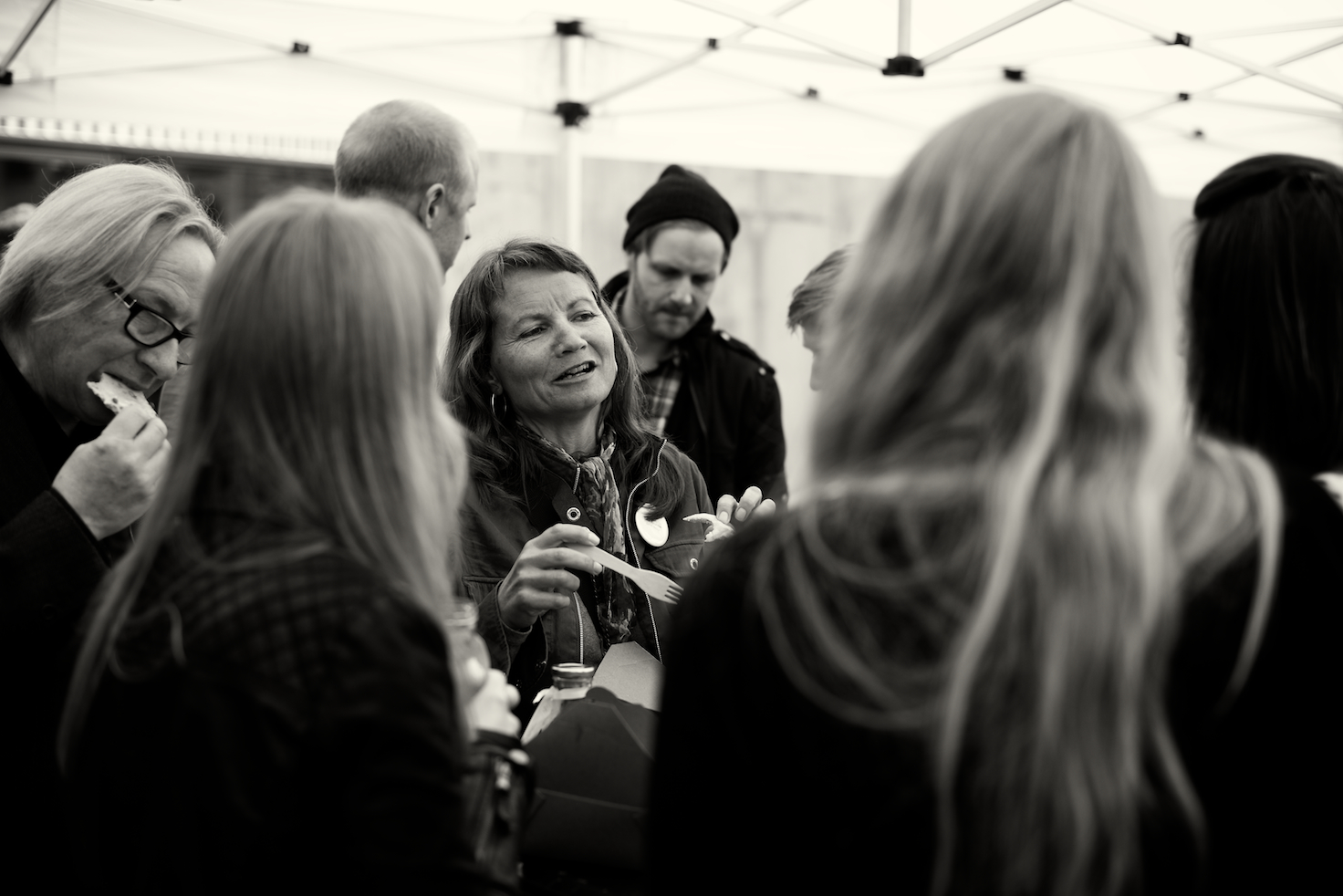 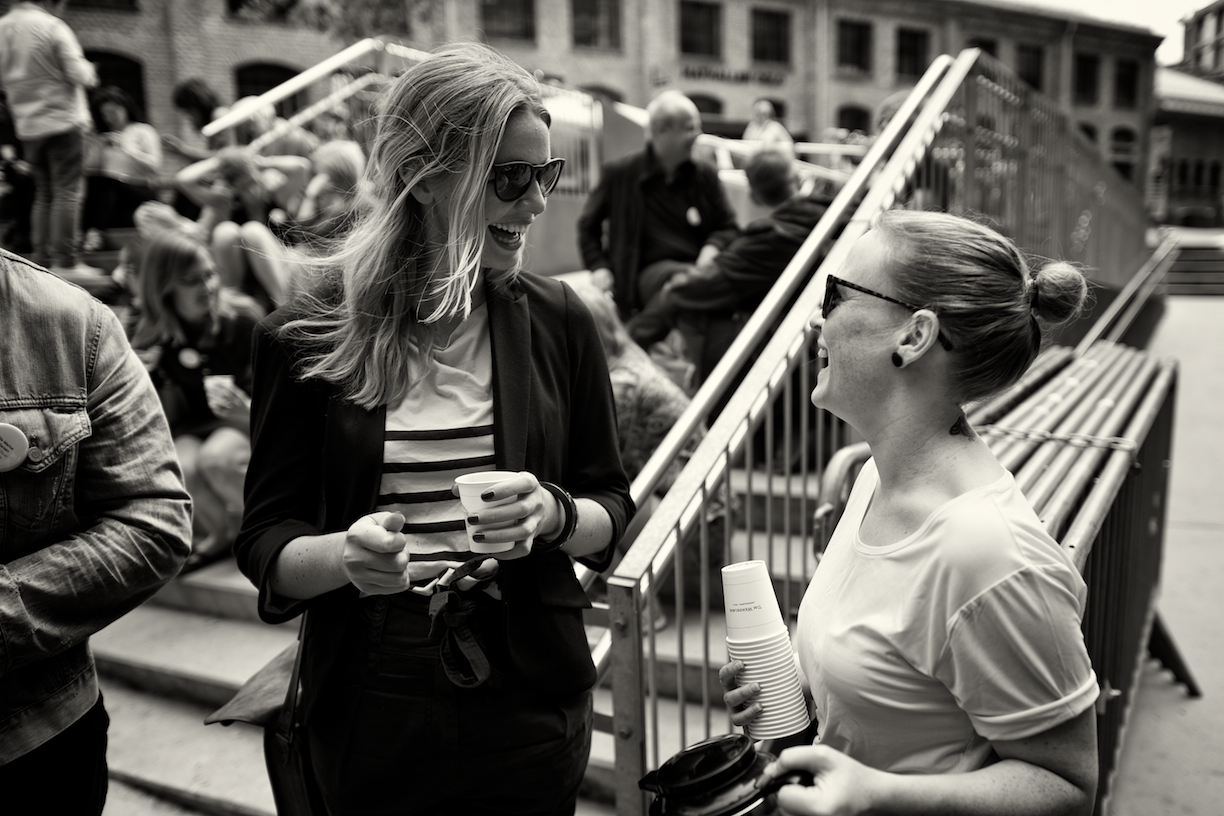 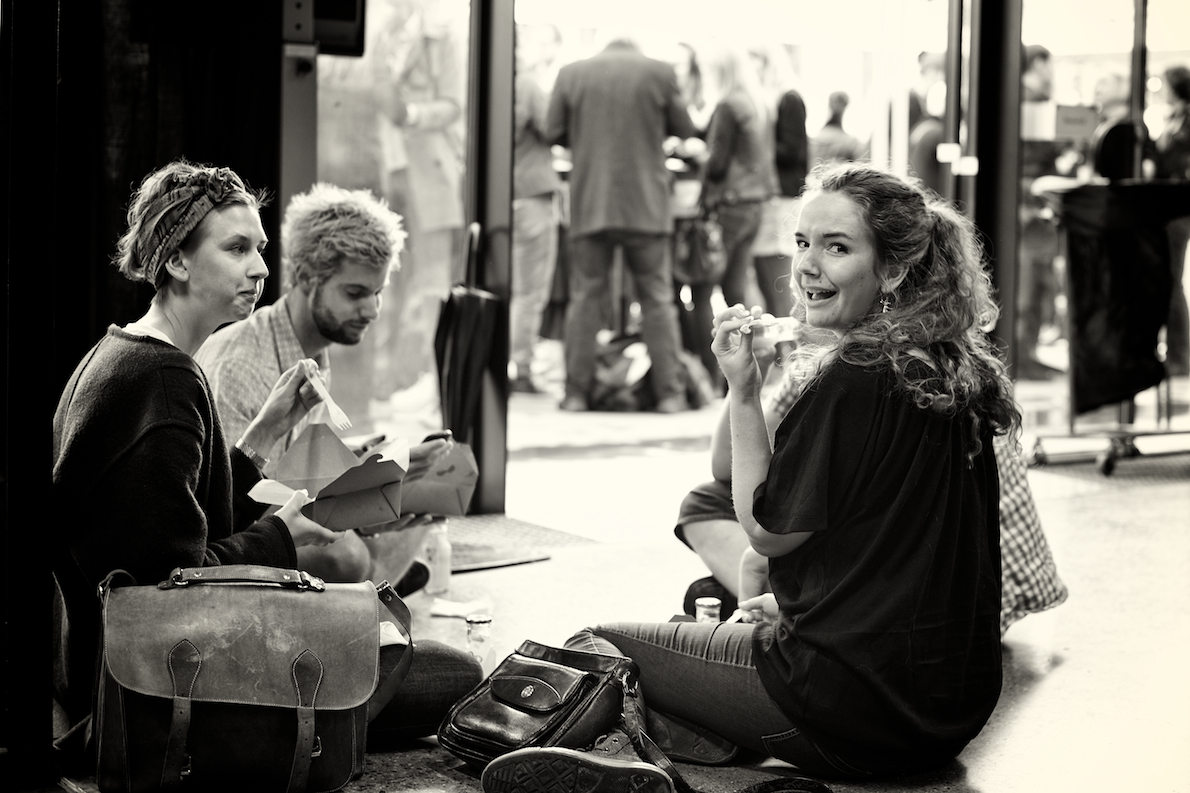 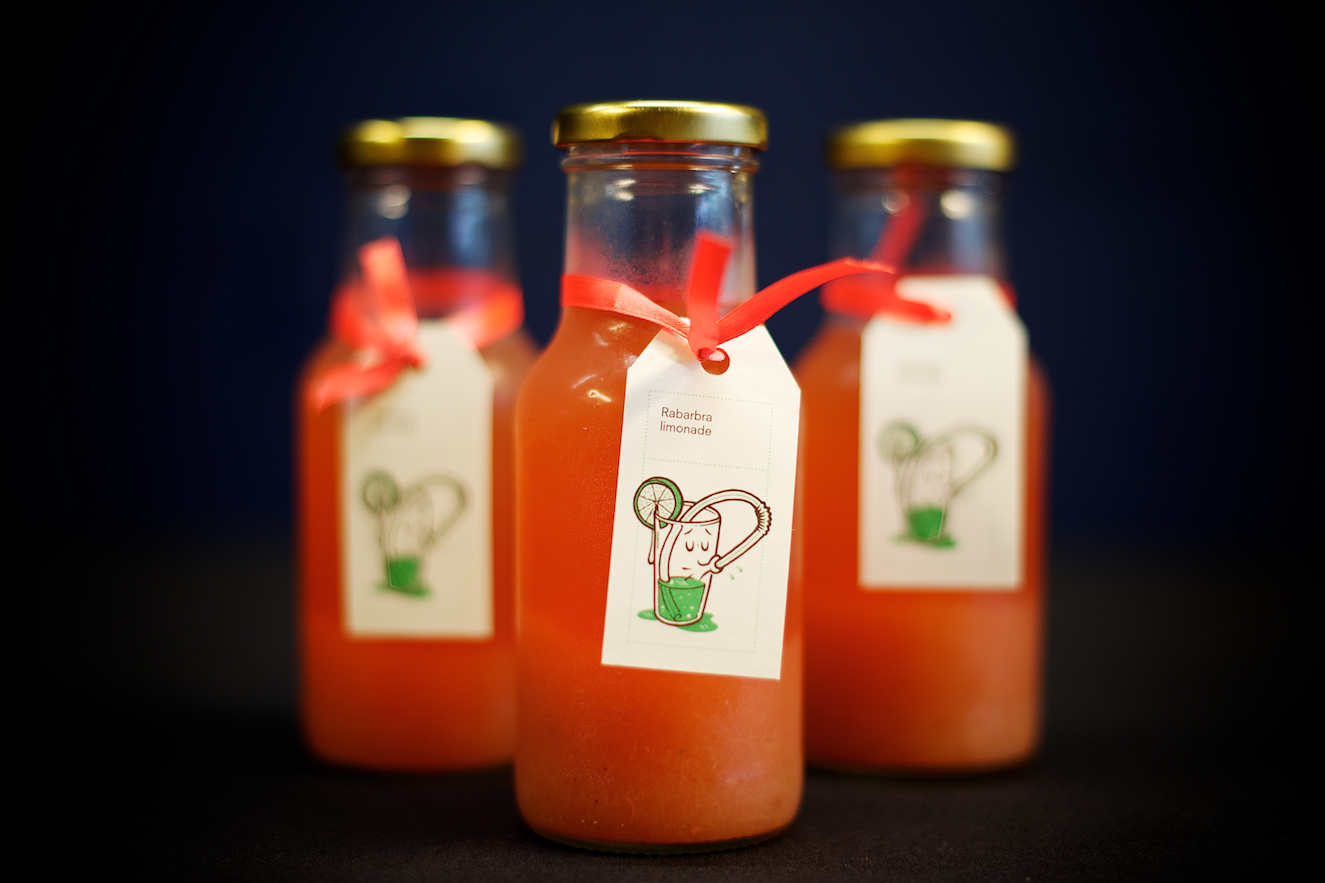 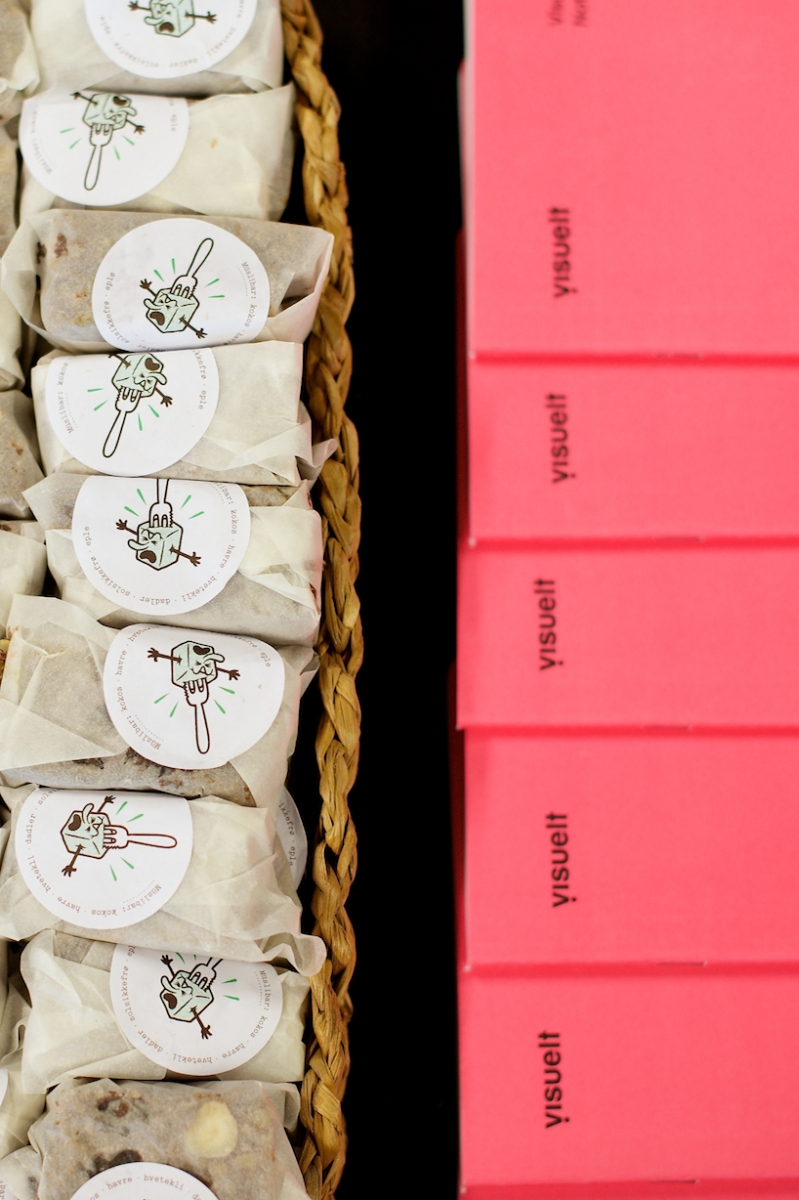 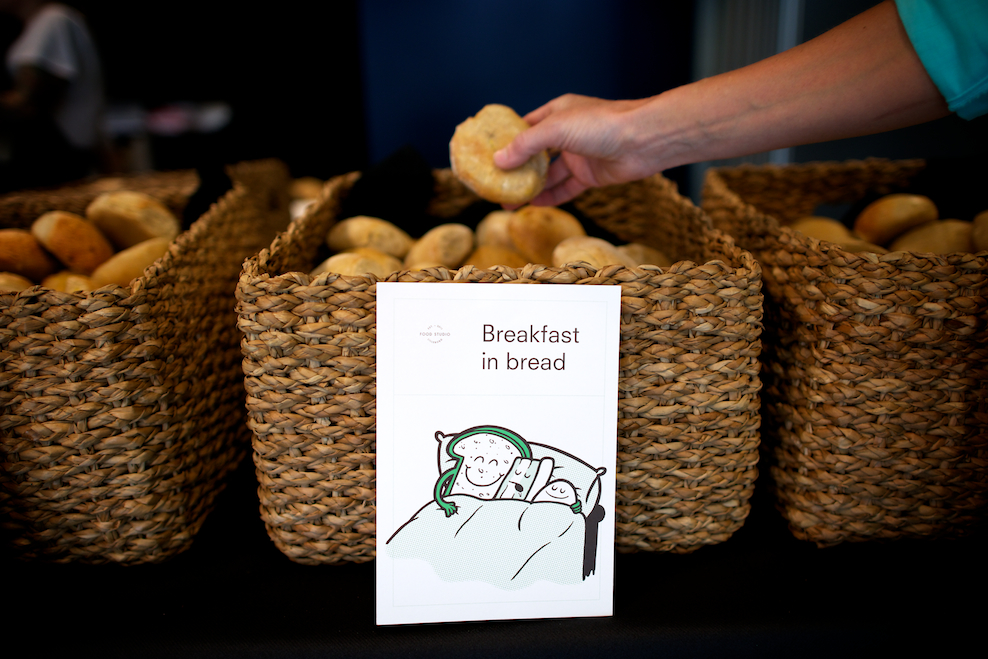