Scandinavia used to have a rich tradition of brewing beer stretching back hundreds of years. However, over the last few decades this skill seemed to have fallen out of favour. Recently, however, this forgotten art of craft beer-making has been resurrected by small-scale breweries across Scandinavia to great success. Here, Food Studio takes a look at what makes the Nordic approach to brewing beer so special.

First thing’s first: beer is as widely varied as any other drink or food. There are thousands of different types and tastes from all over the world, all exciting in their own way. The methods of making beer, however, are somehow the same, giving you the unique opportunity to make your own personalised beer – whether you want a stout, a lager, an IPA or a pilsner.

If we look specifically at the Nordic beer brewing culture that dates all the way back to the bronze age, there are three categories of beer that stand out: Slåtteøl, mellomøl and Godtøl. 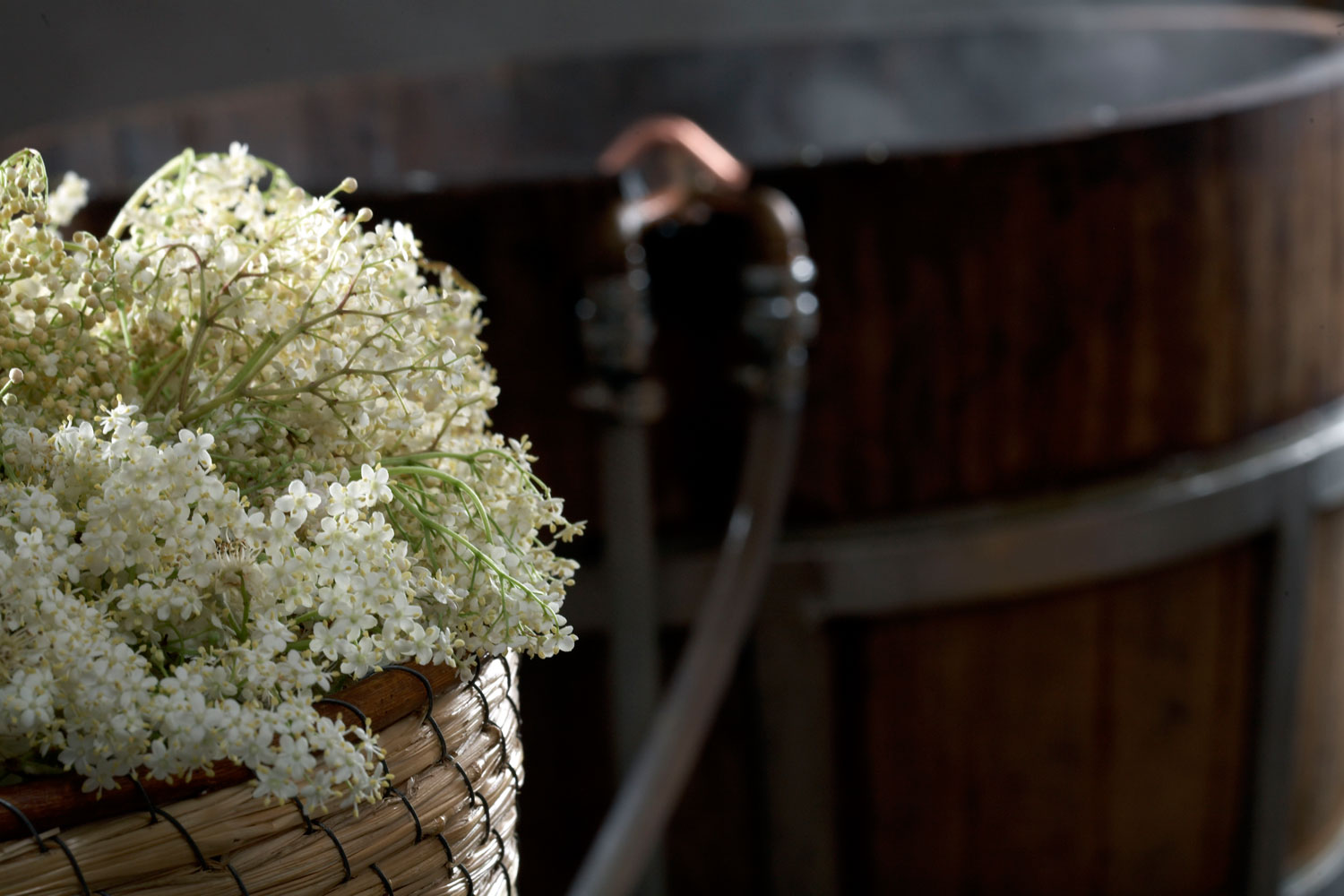 Godtøl means “good beer”, and is the beer that would typically be drunk at big occasions, like weddings, celebrations and during religious and seasonal feasts. It is this beer we will focus on in this article.

In the older days, it was the women of the house who made the beer. In fact every household was bound by law to make beer, if not they would be fined or banished from the country. Some say that’s how Iceland was populated.

When making beer, make sure that all of your equipments are thoroughly cleansed. This is crucial to secure a good and drinkable result.

The first step of the actual beer making is the malting – turning the grain starches into sugar. This first process is very time consuming, and is therefore not normally done by home brewers today. That and the fact that this process requires space and access to the actual grain. Normally barley is used, but wheat, oats and rye can also be used. When Bøgedal made their “Bøgedal Nordic”, they got barley from The Nordic Genetic Resource Centre at Svalbard, and had a farmer grow the barley for five years in order to get enough barley to make one brew.

The brewer soaks the grain in clear water (Norwegian tap water is great for brewing) for about 2-4 days. During these days it is important to change water, so that the grains are kept fresh. After the grains have been in water for a few days, the water is drained off and the grains are put aside to sprout, normally in a pile, which is then covered with newspapers and blankets to keep in the internally generated heat. Use a thermometer and make sure the grains don’t get any warmer than 27 C. After about 4-5 days the grains will have sprouted to a desirable length – about the same length as the grain itself.

The sprouting makes the sugars release from inside the grain, which in time will become alcohol. The art of malting is to halt the growth of the grain at just the right time: that being when the grain peaks in enzyme production, but still has enough ”power” inside for later.

The semi-sprouted grains are now dried. This is what we call basis malt and it has it enzymes. In the older days some would dry them in a sauna or at a dry loft. Today one dries the grains in an oven on 90 degrees for a maximum of 5-10 minutes.

When dry, max 25-30 % of the gains can be roasted, which is when the brewer can put his or her trademark on the beer. Roast around 25% of the grain light and you get caramel malt and a maximum of 5% can be hard roasted, like coffee beans, into ‘black malt.’ When roasted the enzymes die.

During the Viking age, they would dry the malt by putting it on a plate with thousands of holes in it. Then they would place the plate over a fire, allowing the smoke and heat to rise up and through the thousands of holes – drying and smoking the malt. This would add a very distinct taste to the beer. Malt that has been thoroughly dried can be preserved for over a year.

Before the industrialisation there were over 100 different types of barley, some of them perfect for beer. Today’s selection is not of perfect character, but the good news is that the biologists at Bioforsk are doing something about it.

After the grains have been dried and roasted, they are coursely ground to a rough mix. 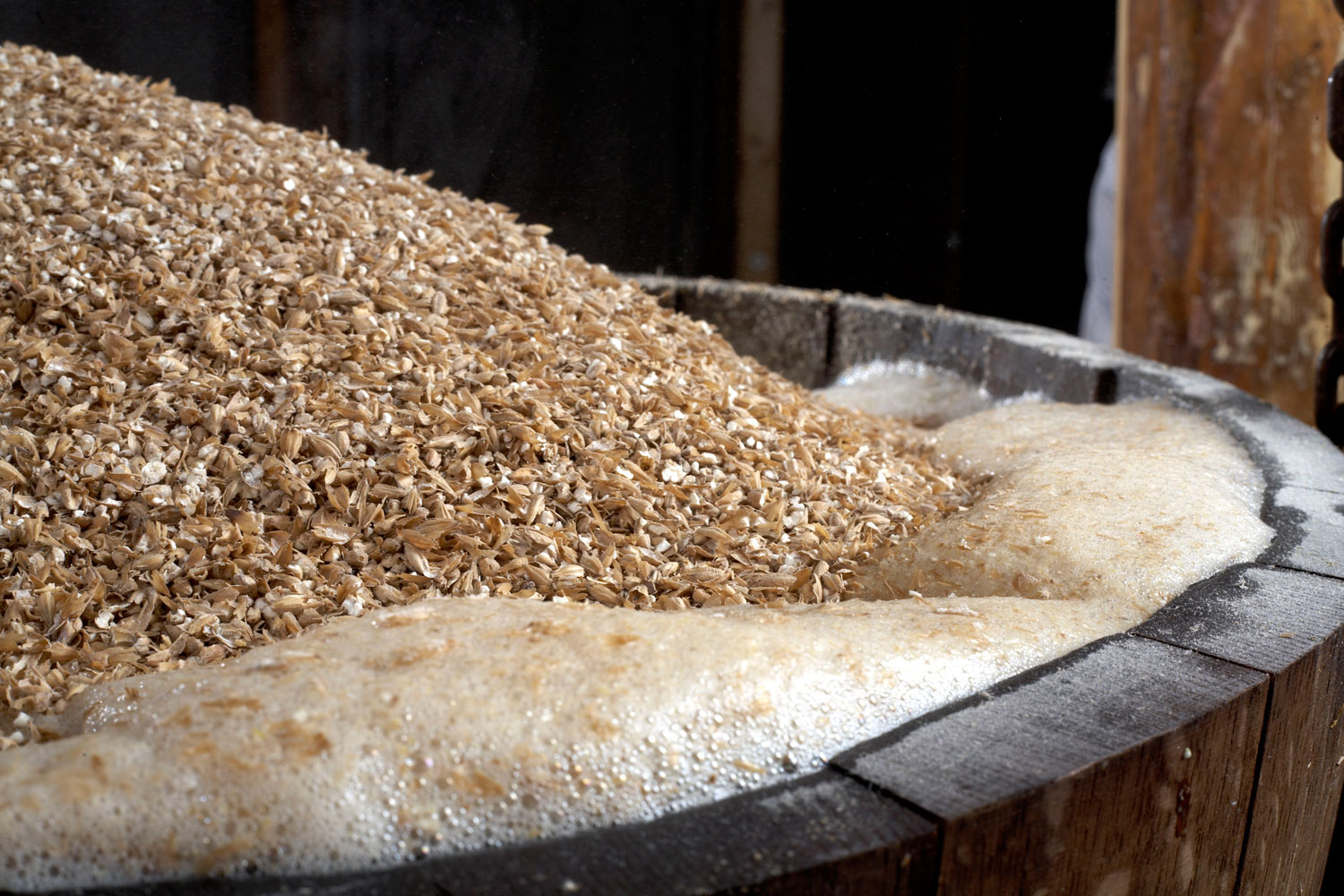 Put the ground grains in a large pot and add hot water (between 65 – 70 C, depending on the recipe). This will get the enzymes going again – and more sugar is released from the grains. The sugar from the grains will mix with hot water and form a sweet liquid called wort.

In this process it is very important to follow your chosen recipe. When the mash is heated, different types of sugar is released at different temperatures, and this affects the taste of the beer significantly! For example, if you mash on a high temperature (about 70C) the beer will have a more residual sweetness.

Then the wort is separated from the mash, and extra water is added to get the desirable amount of beer your recipe requires. The more water, the lighter the beer.

The Nordic “godtøl” is a beer with a rich malt body, a high percentage of alcohol and a large residual sweetness. This is because the malt quantity is abundant. Bøgedal, for example, uses 50% more malt than a traditional microbrewery as of 2013.

Hops are now added to the wort. In addition to preserving the final beer, the hops ads a bitter flavour to the product. One can divide the hops into two sections: the bitter hop, that you boil with the wort for 1 hour or more, and the hops that have more of an aromatic effect that you ad after the boil for about 10-15 minutes. We owe a big thanks to the monks that introduced hops to Nordic beer culture!

The wort is boiled for at least one hour, some recipes need more, followed by a quick cool down to prevent bacteria to breed. The liquid you now have is what will become the actual beer. 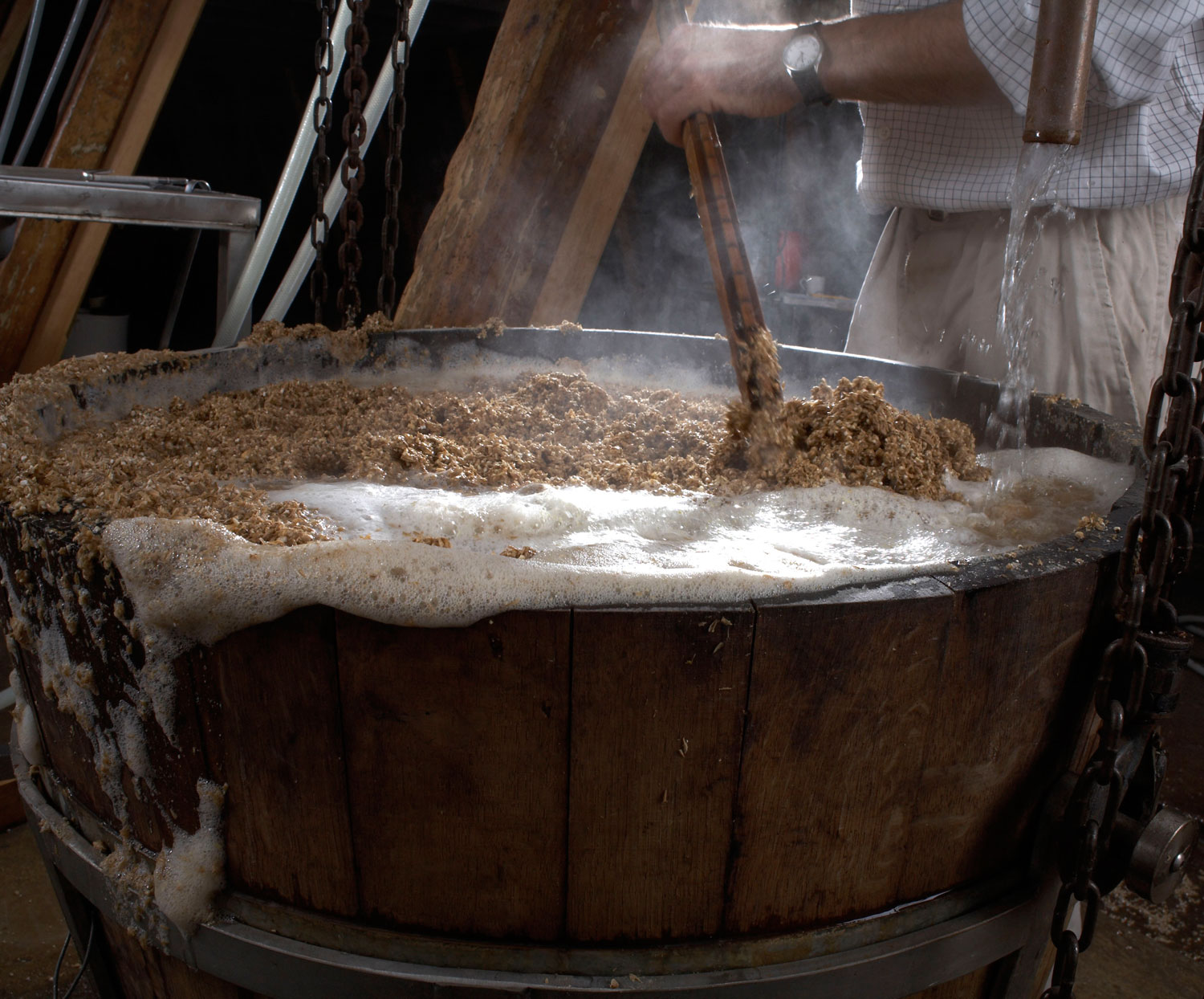 It sounds like feasting, and indeed it is; it is time for the real beauty of beer making – adding the yeast. This will convert those sweet sugars from the grain into alcohol. Chemistry at its best, huh?

Today it is normal to buy yeast that is ready from the Brewery shop, either dry or liquid. In the old days, they would have have their own yeast that they would use and reuse year after year.

After adding the yeast, the liquid is poured into a large-scale bottle, with a special screw top allowing air to escape but not to come in. It is now put to rest in a dark environment, at the recipes given temperature, for 2-3 weeks. NO more than 4 weeks.

After 2-3 weeks, you will see that the yeast has fallen to the bottom of the bottle. The liquid you now have is beer. Congratulations!
5. Bottle the beer!

It is time to bottle the beer. It is crucial that the bottles (or the keg) you use is thoroughly cleansed. If not, the beer can be ruined.

Before you pour the beer into the bottles, add the recipe’s given amount of liquid sugar to the bottom, so that the yeast has some extra “food” while in rest. It is important not to ad too much sugar – this will make the bottle explode! The right amount will however make carbon dioxide inside the bottle – which makes the beer all alive and bubbly. Store in a dark environment for another 2-3 more weeks at approximately 25C.

And for the final and most enjoyable step: cool the beer, pop it open and drink. Cheers! 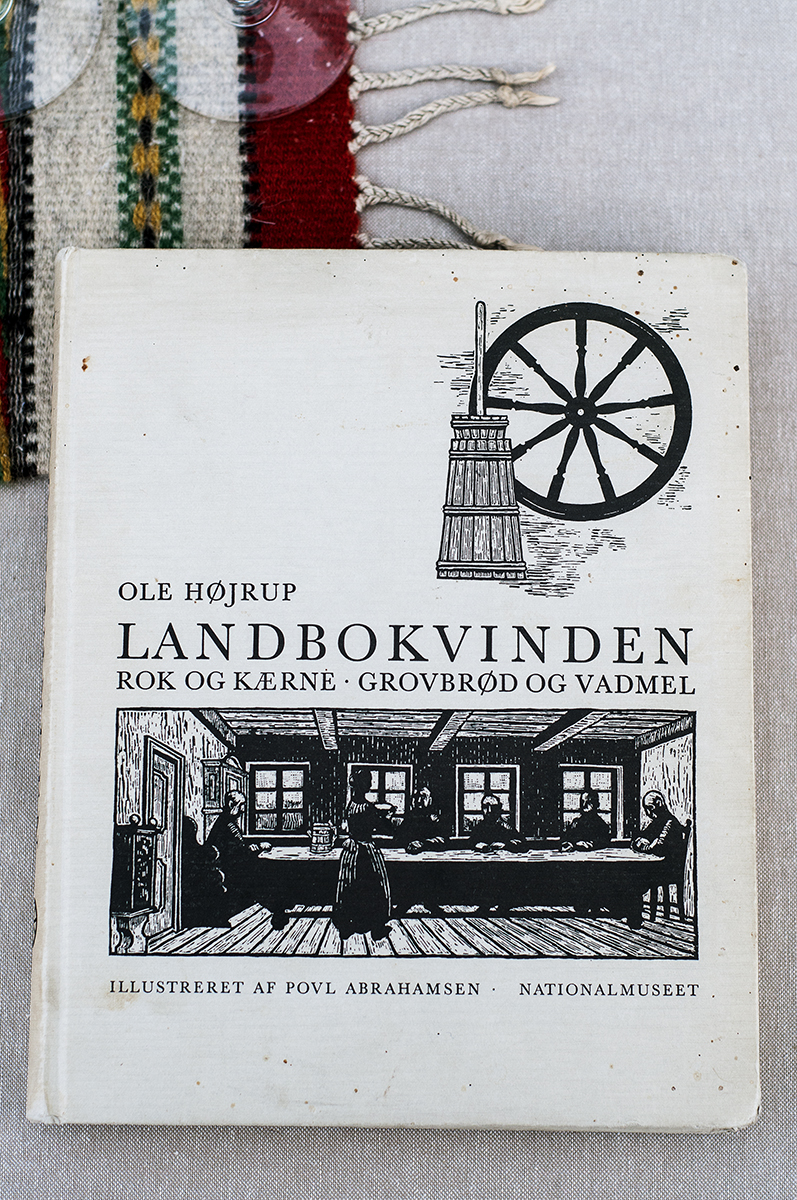 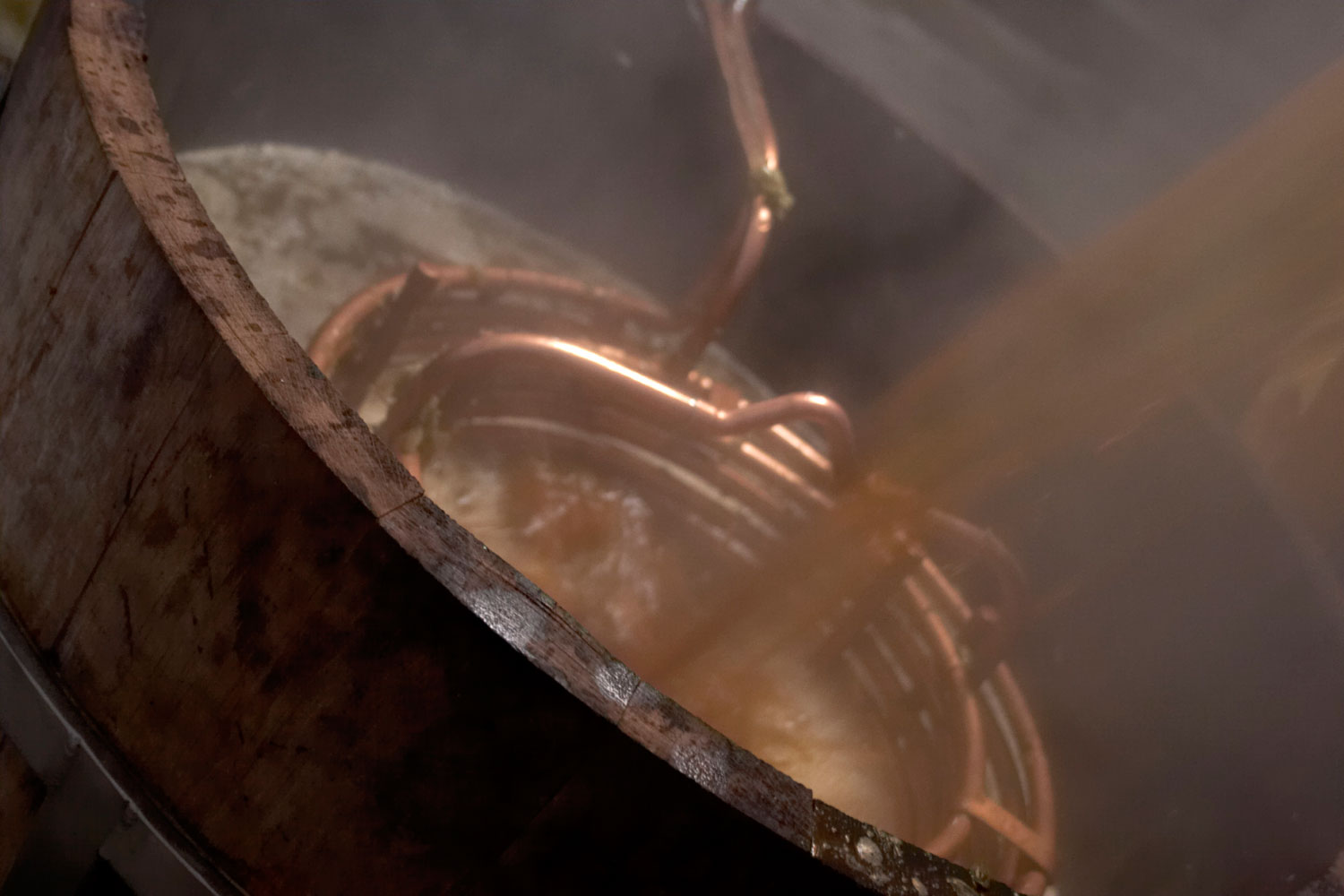 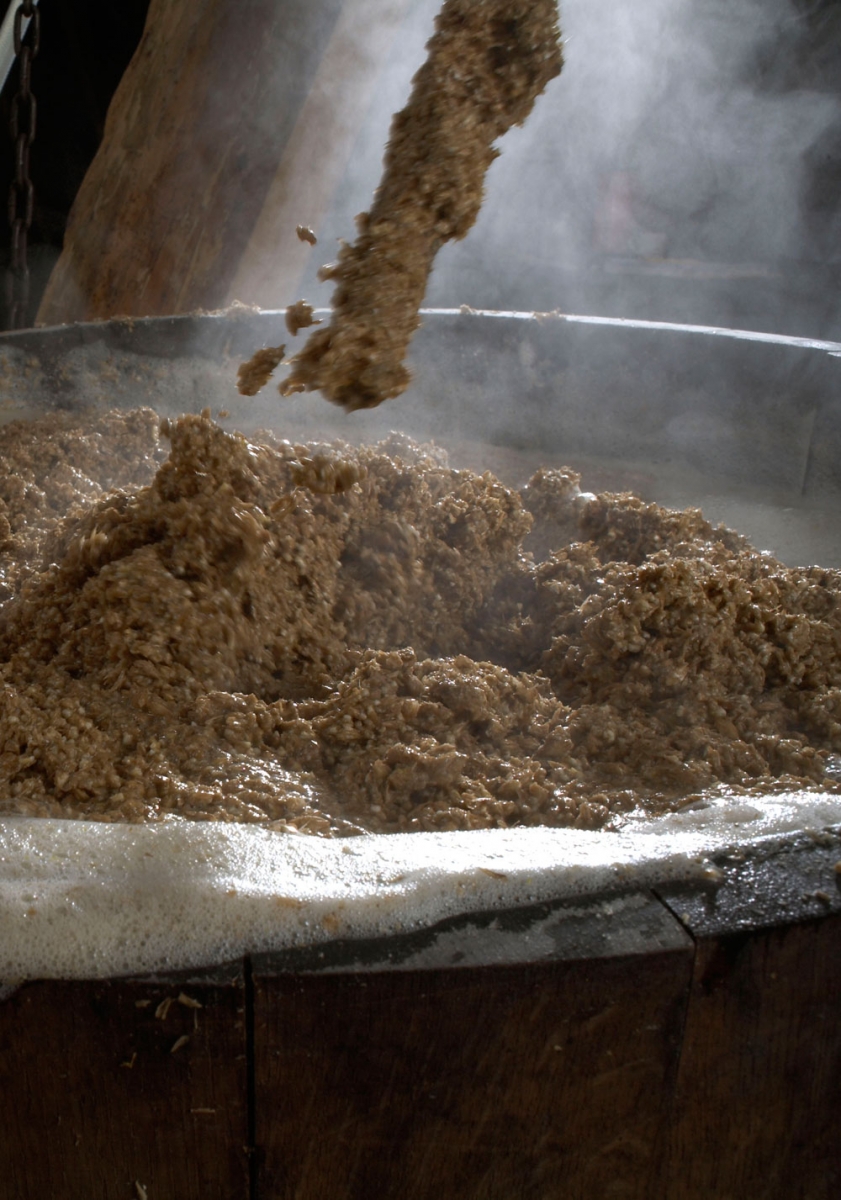 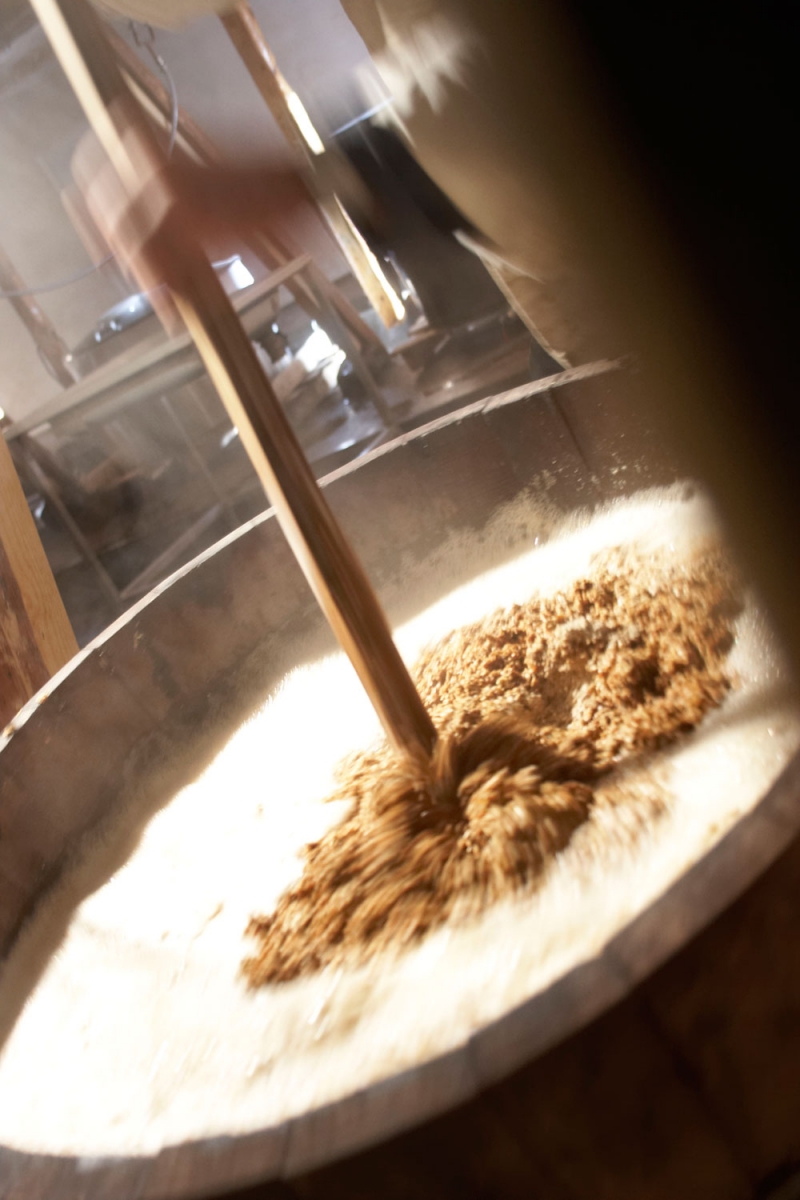 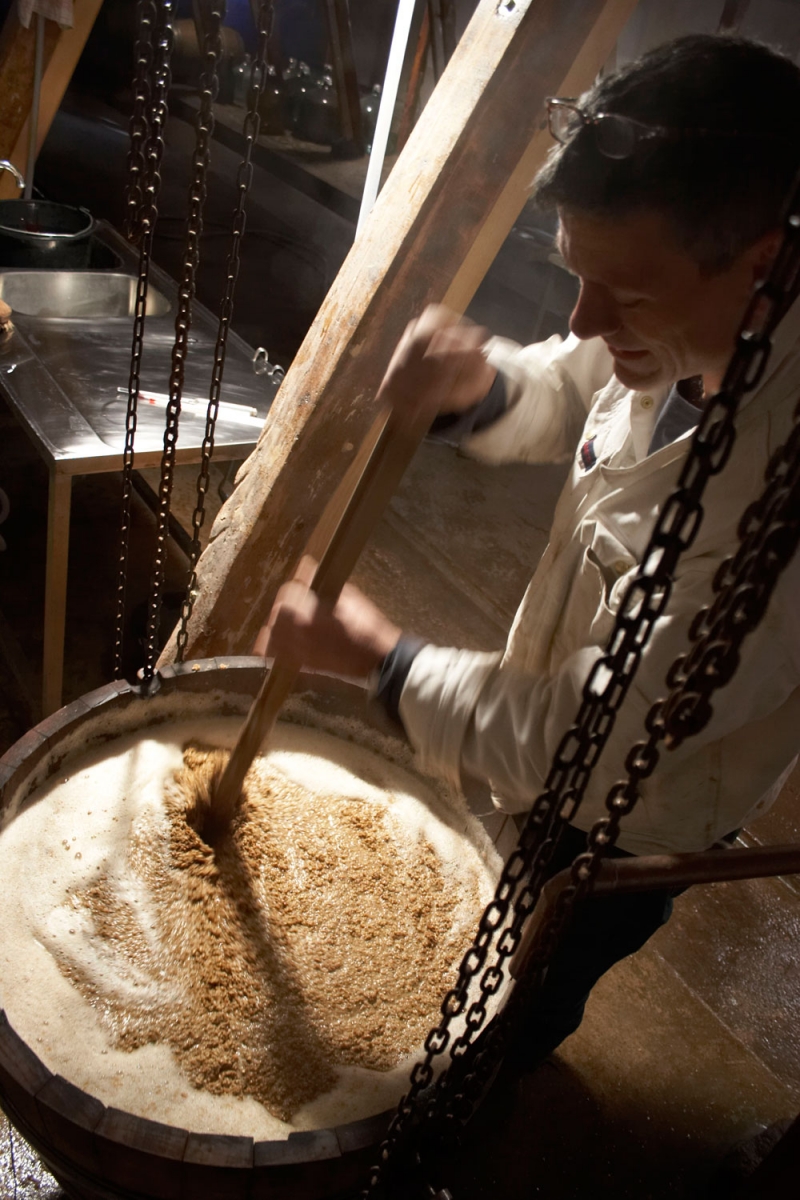 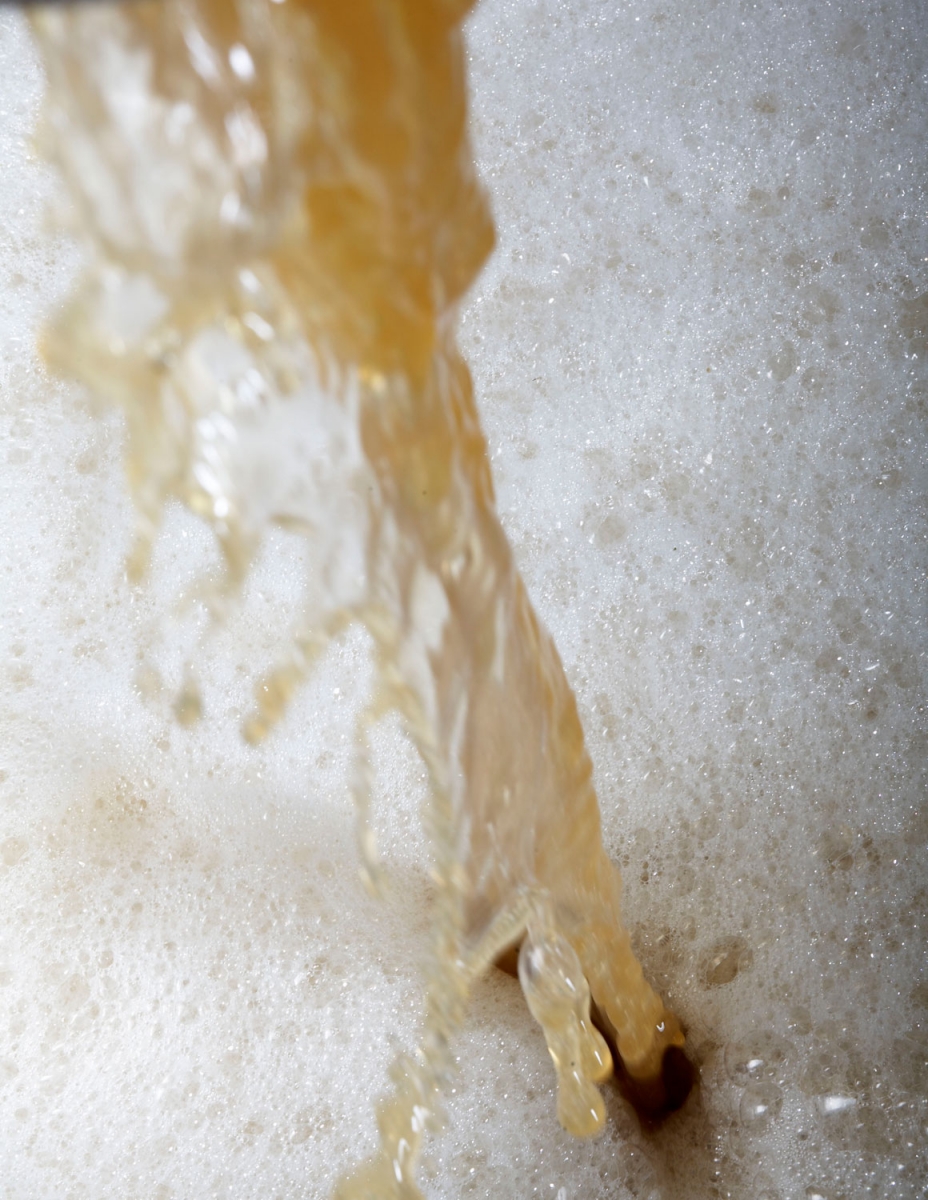 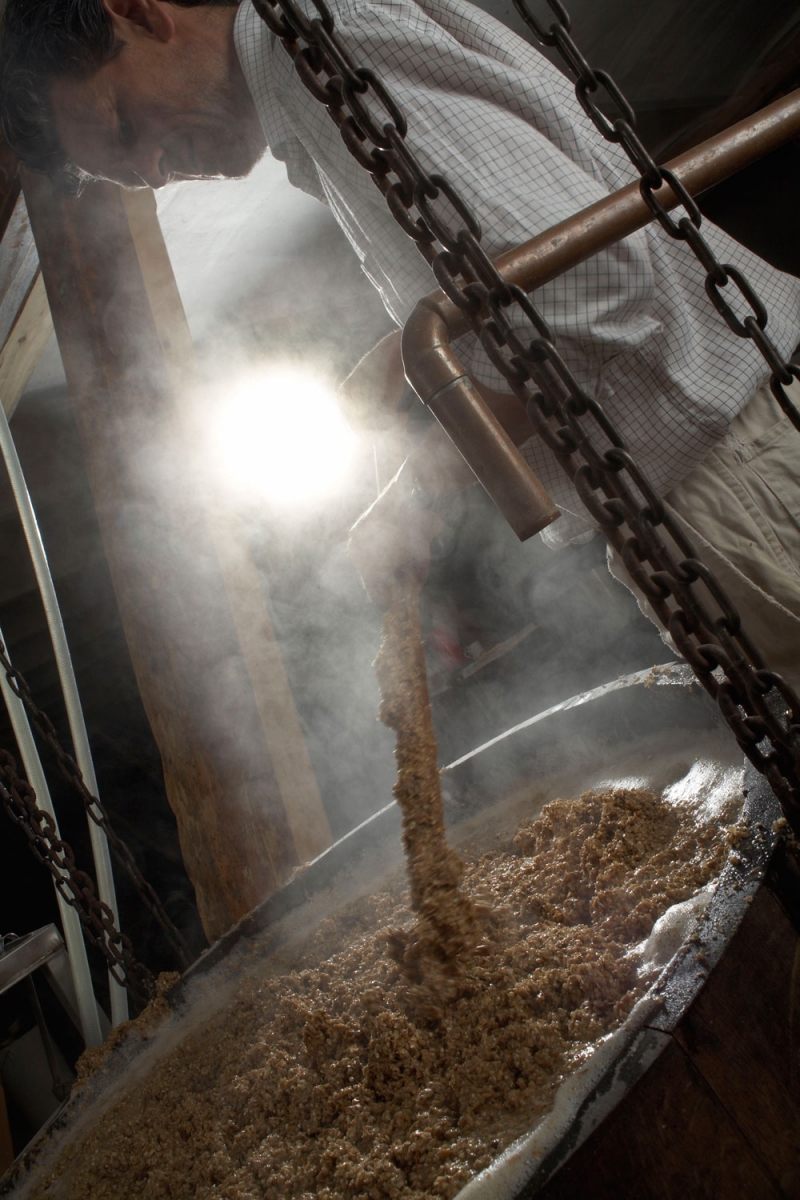