Visitors to the urban agricultural collective Losæter in Oslo are guaranteed to have a special experience. You´ll meet farmers with deep roots to the land working with soilless city dwellers, artists connecting with chefs and children experience food made from freshly picked vegetables. Losæter is where the diversity of ecology and culture come together in the heart of old Oslo.

Losæter unites a plethora of ecologically minded organizations who cooperate to create a glimpse of what the future could be like. One organization in this cooperative is Norway’s national Community Seed Bank The Norwegian Seed Savers. A section of Losæter has been allocated to our Urban seed saving initiative where the aim is to learn what happens when seeds are saved in cities. Instead of looking at the crossing of varieties and species of plants as something negative, we want to experiment with crosses and try to use it as a learning arena. What comes out of diversity merging and crossing? Can we compare the evolution of plants grown in cities over the years with true to kind open pollinated varieties saved by our other guilds keeping varieties «clean”?

In 2020 the Norwegian Seed Savers collaborated on a project called From Seed to Serving, funded by the Nordic Council of Ministers where we worked closely with restaurants, museums and producers to increase the popularity and knowledge of vegetable varieties with a Nordic history worthy of preservation. As the season of guided tours, activities, markets, open gardens, harvest days, courses and video documentation that helped spread knowledge of the old vegetable varieties from Oslo to above the Arctic Circle came to a close, we decided to have a last supper at Losæter to celebrate the success.

Wednesday dinners at Losæter are famous and the height of the week for those involved. Everyone pitches in with what they can offer, be it gathering vegetables, prepping, cleaning or holding presentations. We all sit down to an amazing dinner made from locally grown vegetables, herbs and fruit and berries.

The five seeds
Shetland kale is the most likely candidate for what was called “Old Norwegian Kale” which was popular back to Viking time. The Saga of St. Olav makes fun of the Danish king Knut´s claim to the Norwegian throne by saying «Will he alone eat all the kale in England?» confirming that kale was already quite popular. One of the earliest mentions of kale is from Aristotle who in Historia animalium made the claim that “the butterfly is generated from caterpillars, which grow on green leaves, chiefly on the raphanose, which some people call krambe.” Likely Kale was passed from the Greeks to the Romans who spread it to England and Scotland, from where it was introduced to Norway.

Giellebøl in 1771 writes  that «vegetable gardens are rarely found. But turnips were cultivated, in some places as was «Norwegian cabbage». Wild herbs, such as caraway, were also gathered.” In Christian Gartner´s book Horticultura (1694) we find that most farmers had a small cabbage garden where they grew “the common kale, or blue cabbage”. He also writes that cabbage with fixed heads first appeared in the 15th century and that “Kabus” (English cabbage) gained a foothold in Europe in the 17th century.

Gartner also writes that there were two kinds of kale back then, “curly kale” and  “blue kale” which had smooth green-blue, sometimes purple leaves. This sounds like a description of Shetland kale (Brassica oleracea) whereas the curly kale sounds like Siberian and Russian kale (Brassica napus). Thus Shetland kale and Old Norwegain Kale are likely the same kale grown in Norway since at least the 1200s and likely used by the Vikings.

Gartner says the old Norwegain kale was used in good tasting meat stews. Soups were commonly made of kale and nettle as well as the leaves of many wild gathered plants such as karaway and Lambs quarters. This is the origin of «Får-i-kål» which was one of the meals served at Losæter.

Jær pea is from the south of Norway near Stavanger. It is certain that it was common by the 1200s. A piece of pottery was found in Sandnes from the iron age with an imprint of a small garden pea that looks like Jær pea. This is evidence that similar peas were grown 2000 years ago, making it the oldest Norwegian cultivar.

Norwegian Pencil Bean was donated to the Svalbard Seed Vault by the Seed Savers Exchange at the 10th jubilee 2018. No one knows when the last beans were grown in Norway, but luckily someone of Norwegian descent donated them to the Seed Savers Exchange in the States.  Åsmund Asdal both works at the Seed Vault and is a member of the Norwegian Seed Savers. He shared beans with our bean and pea guild and we got 400 beans out of it in 2019. In 2020 we have pencil beans growing all over Norway and have saved thousands of seeds.

Målselv Nepe is a turnip that is grown in the North of Norway. This turnip was given its own law which limits its formal cultivation and seed saving to North of the Arctic Circle. It was originally cultivated by a grower in Målselv based on seeds from Russia.

Victory Onion (Allium victorialis) is a wild onion that was likely introduced to Norway from Russia or Siberia by the Vikings. It grows wild all over the North and can almost be considered invasive. Who would say no to an invasive onion?

To be able to be a part of the synergetic environment at Losæter with the mix of culture, history, horticulture, ecology and great food and people is really something. You feel the joy and energy of the place resonating through the food, the people and plants. It is a glimpse of what could be commonplace if only we found ways to take care of the land and the diversity of life that we have inherited. Instead of a digitized machine driven world which creates disorder out of ecology, we should be working toward ecological order and harmony of humans and their ecosystems. Wednesdays at Losæter is one example of how that feels and I hope more people take the time to experience it. 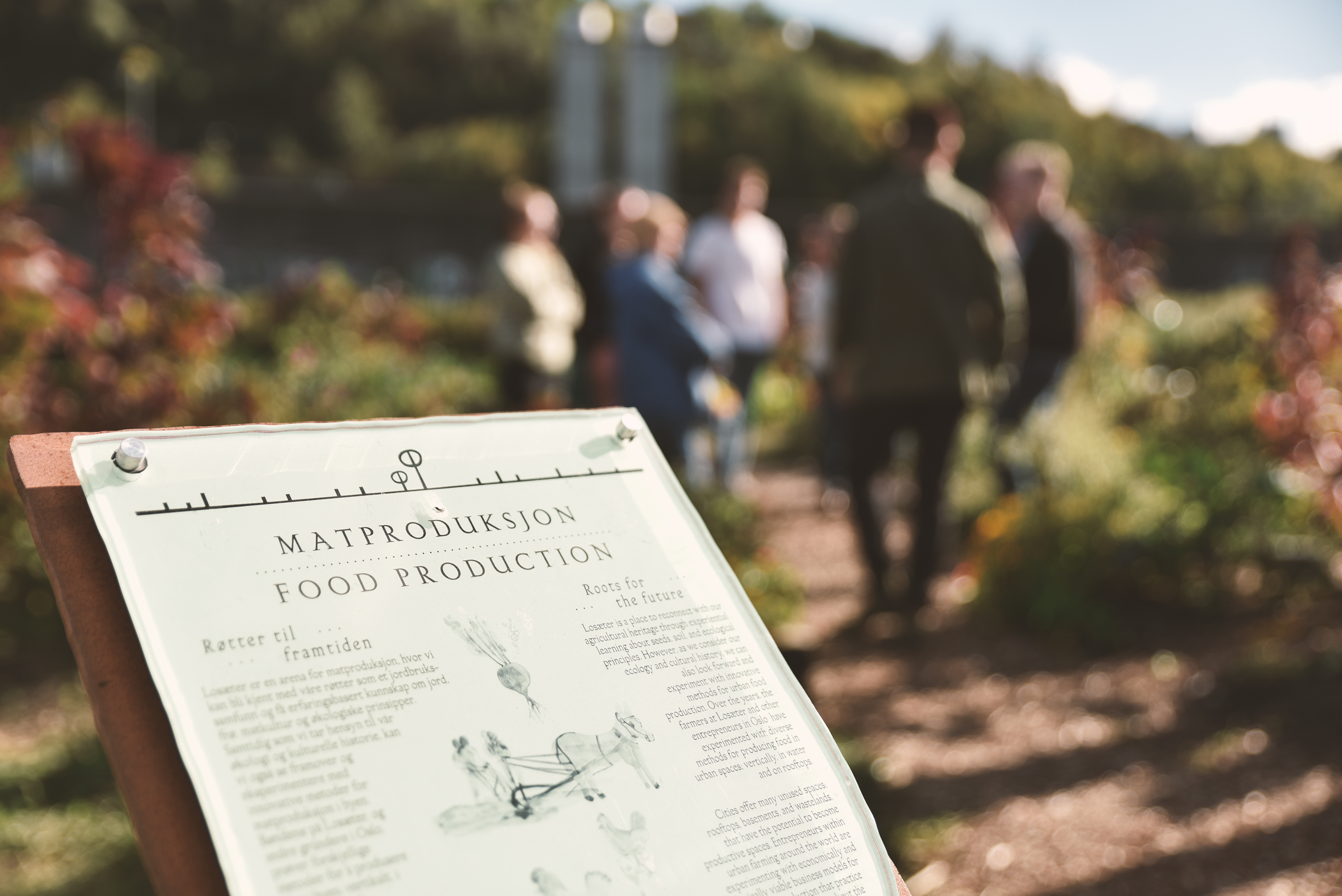 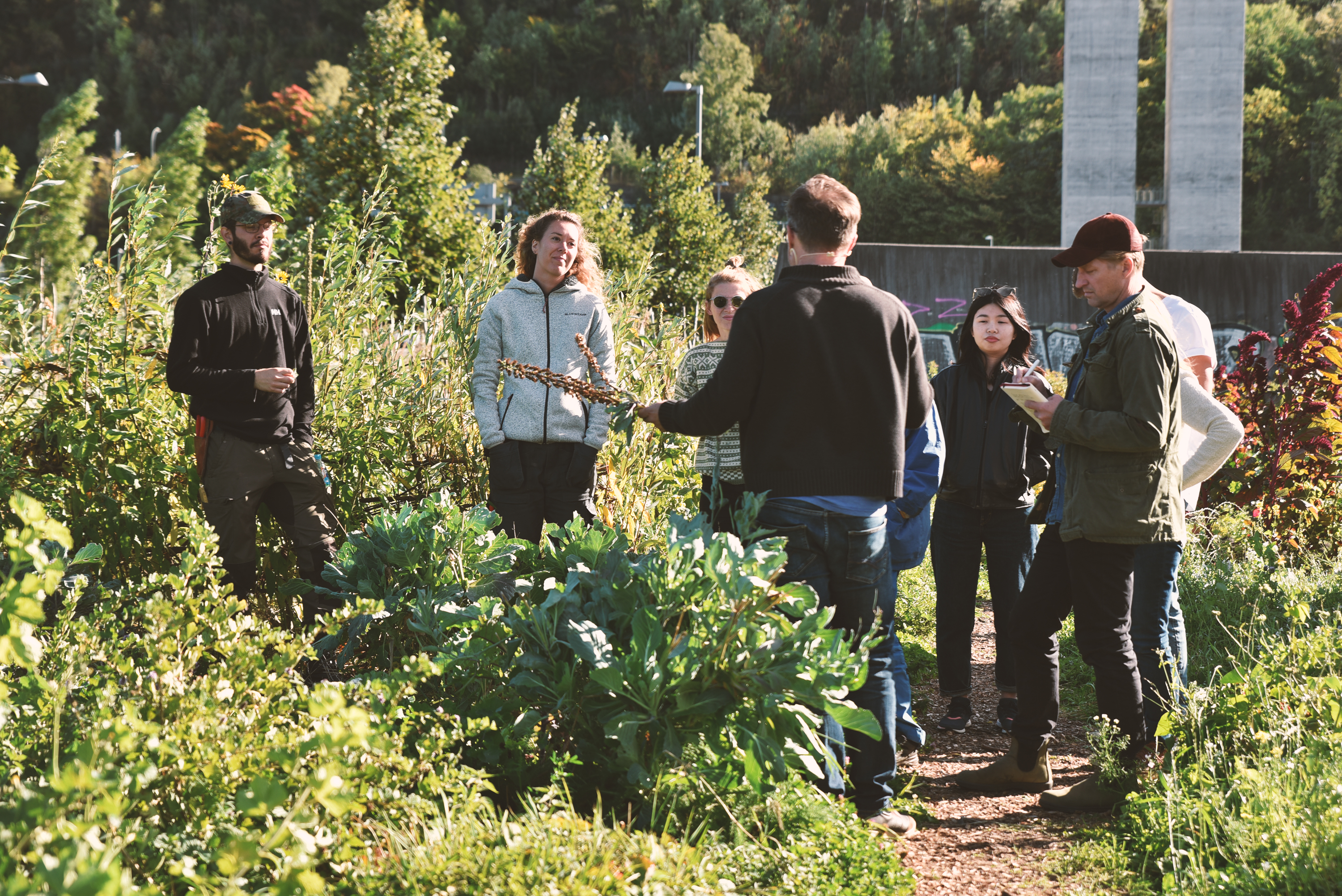 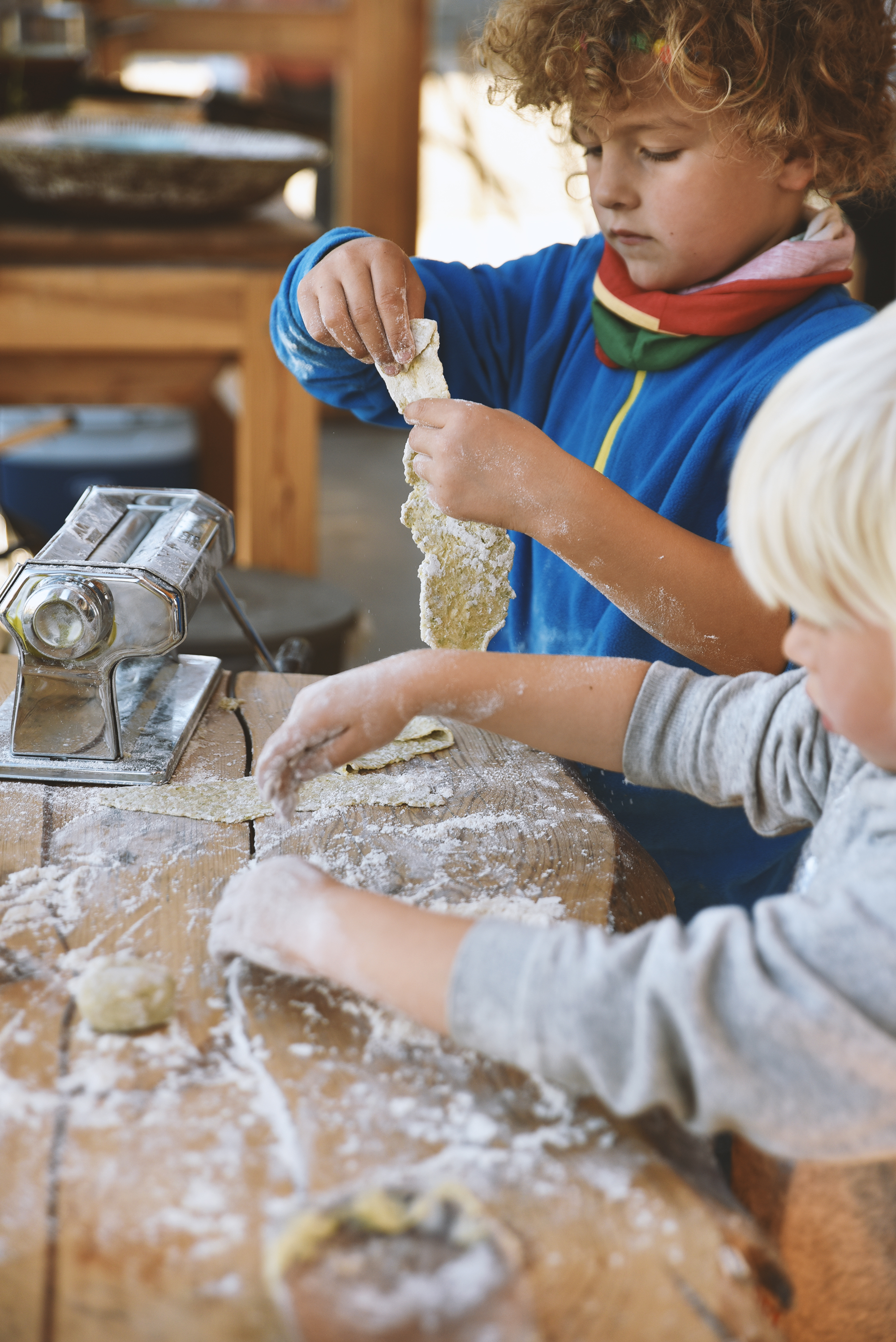 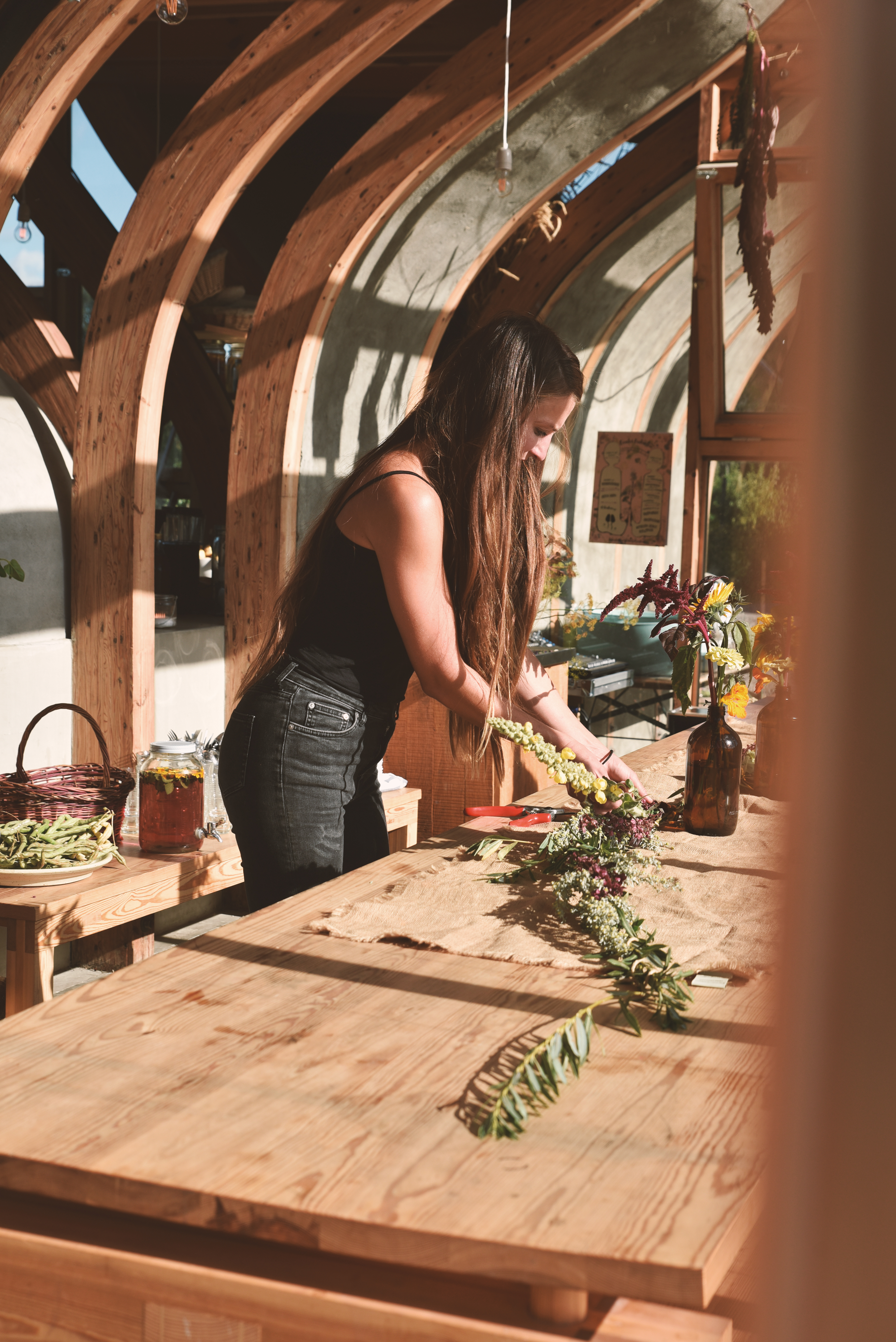 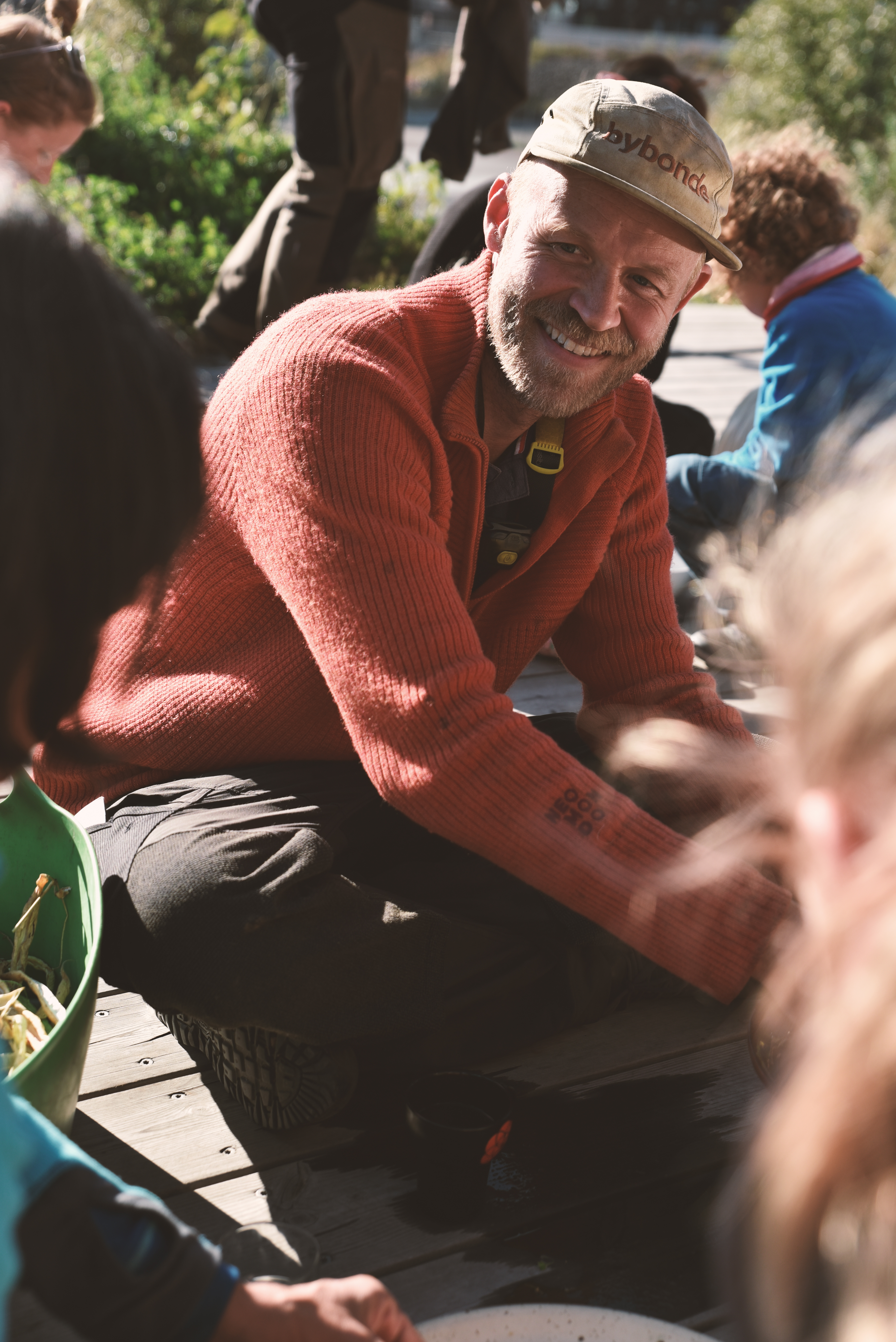 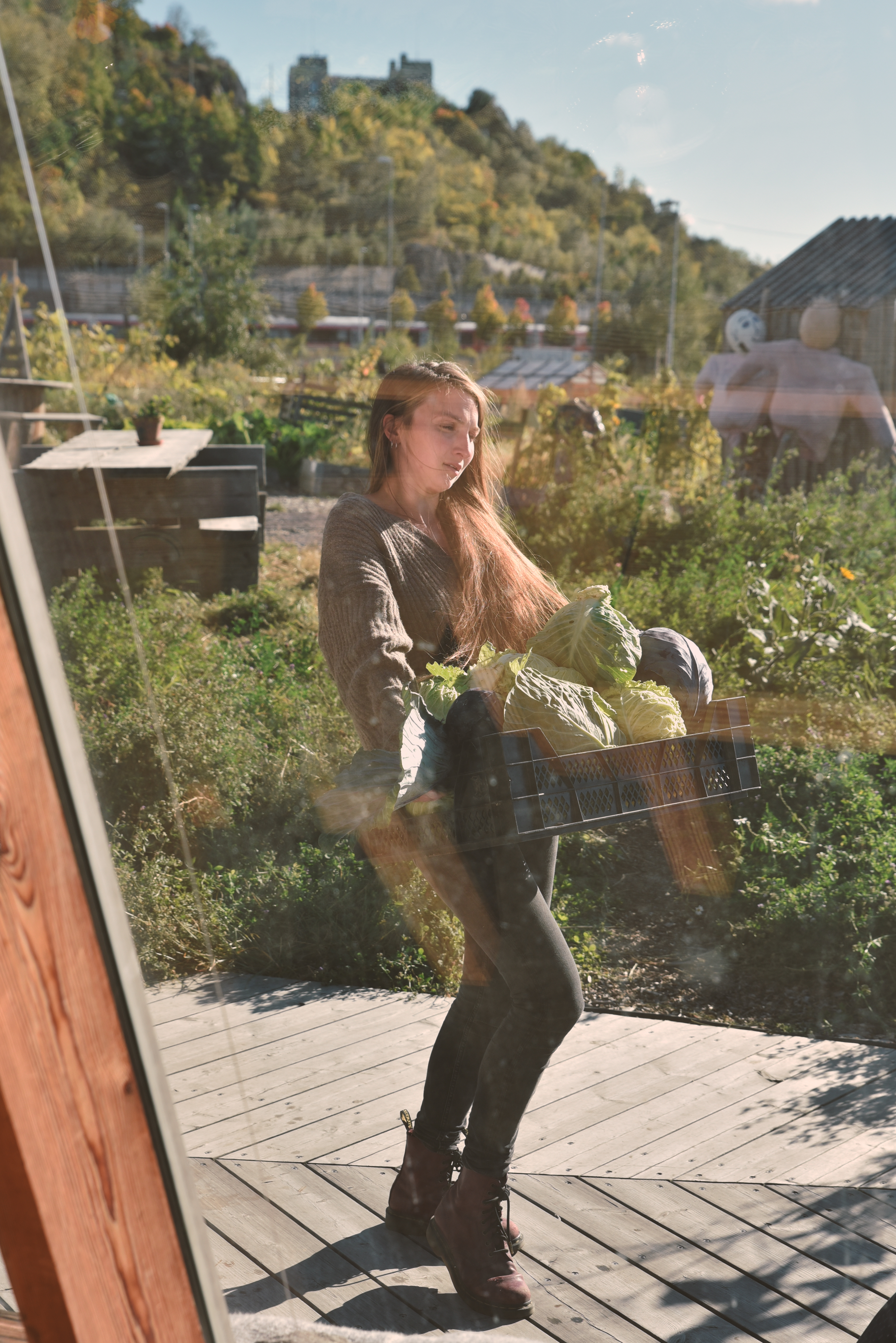 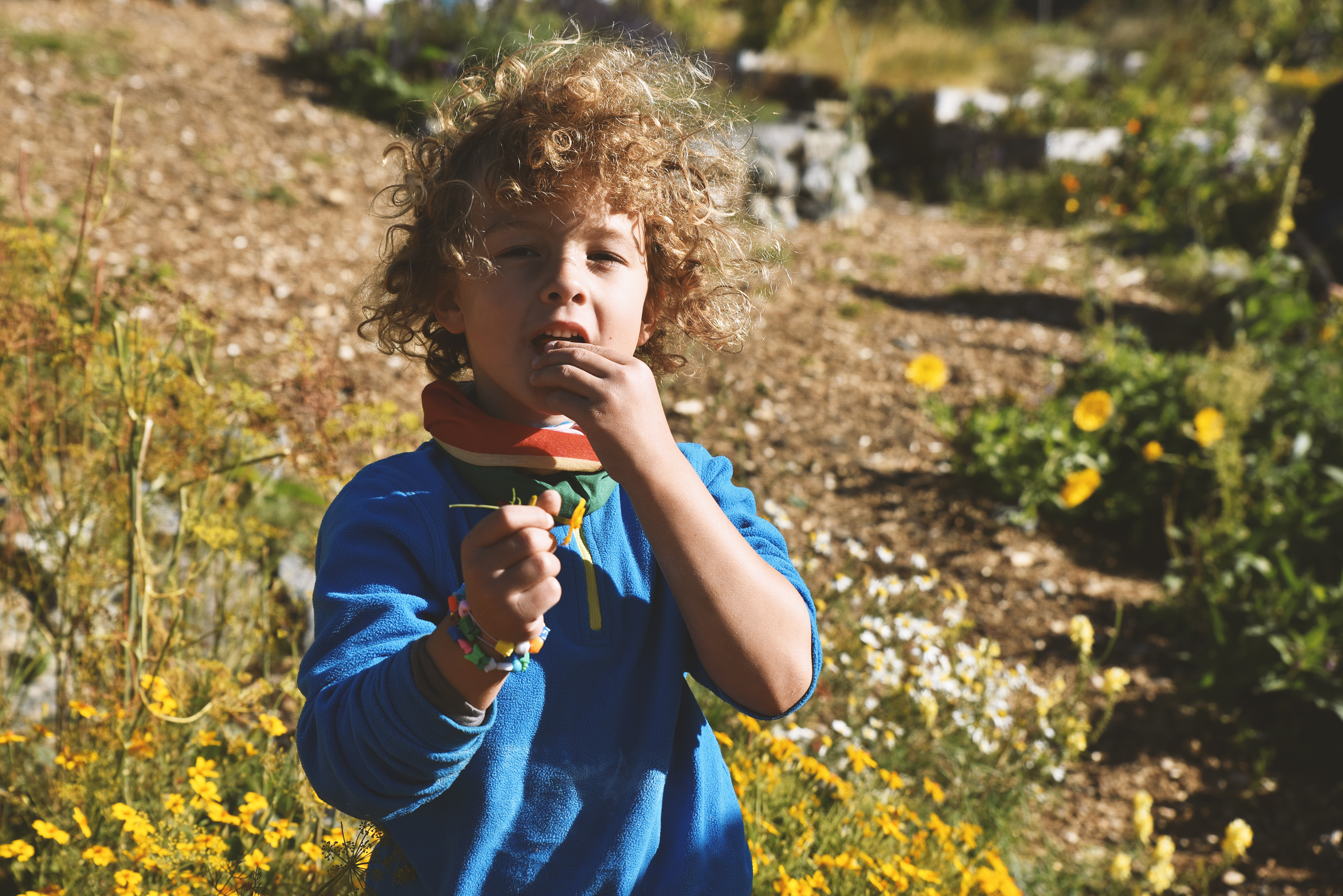 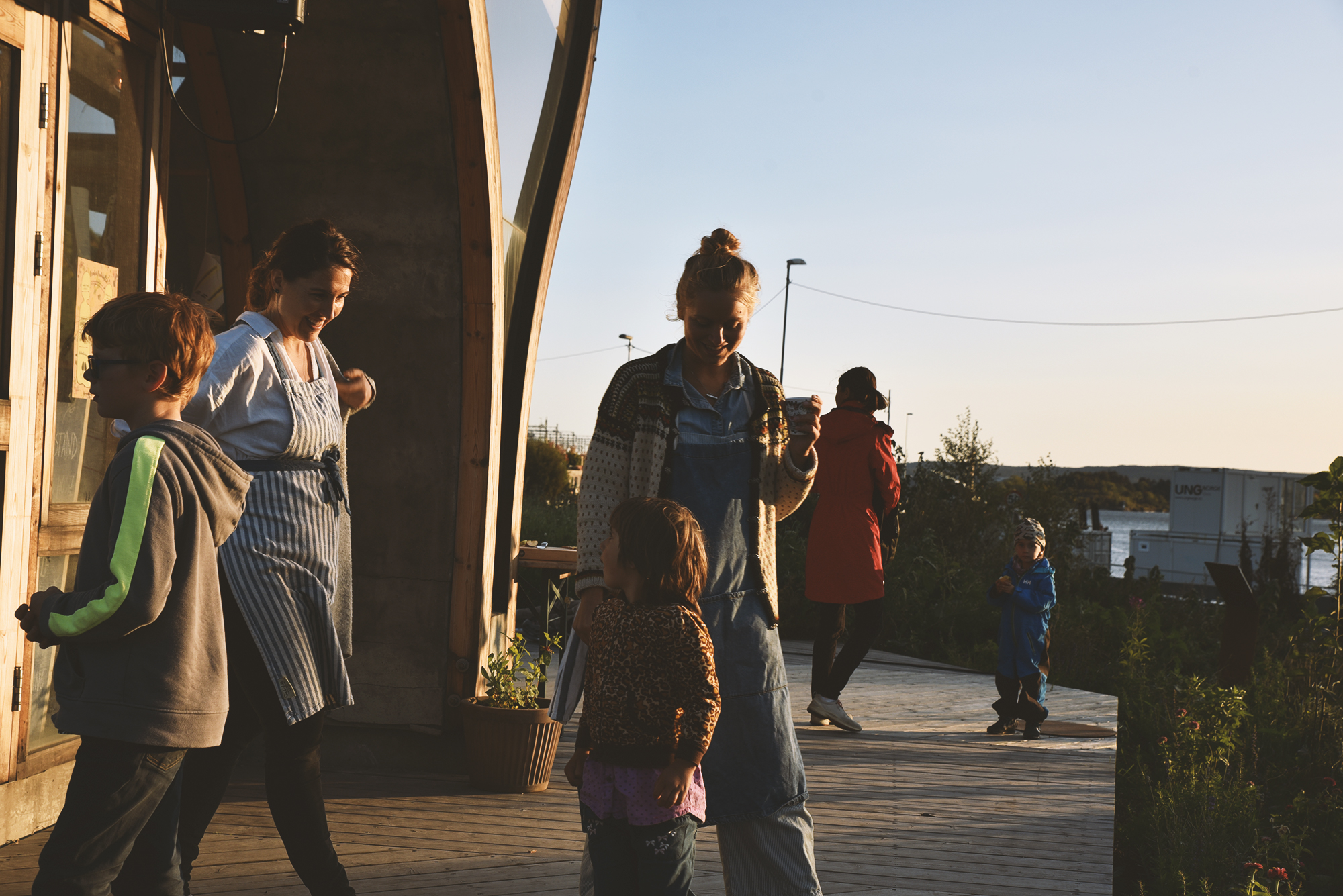 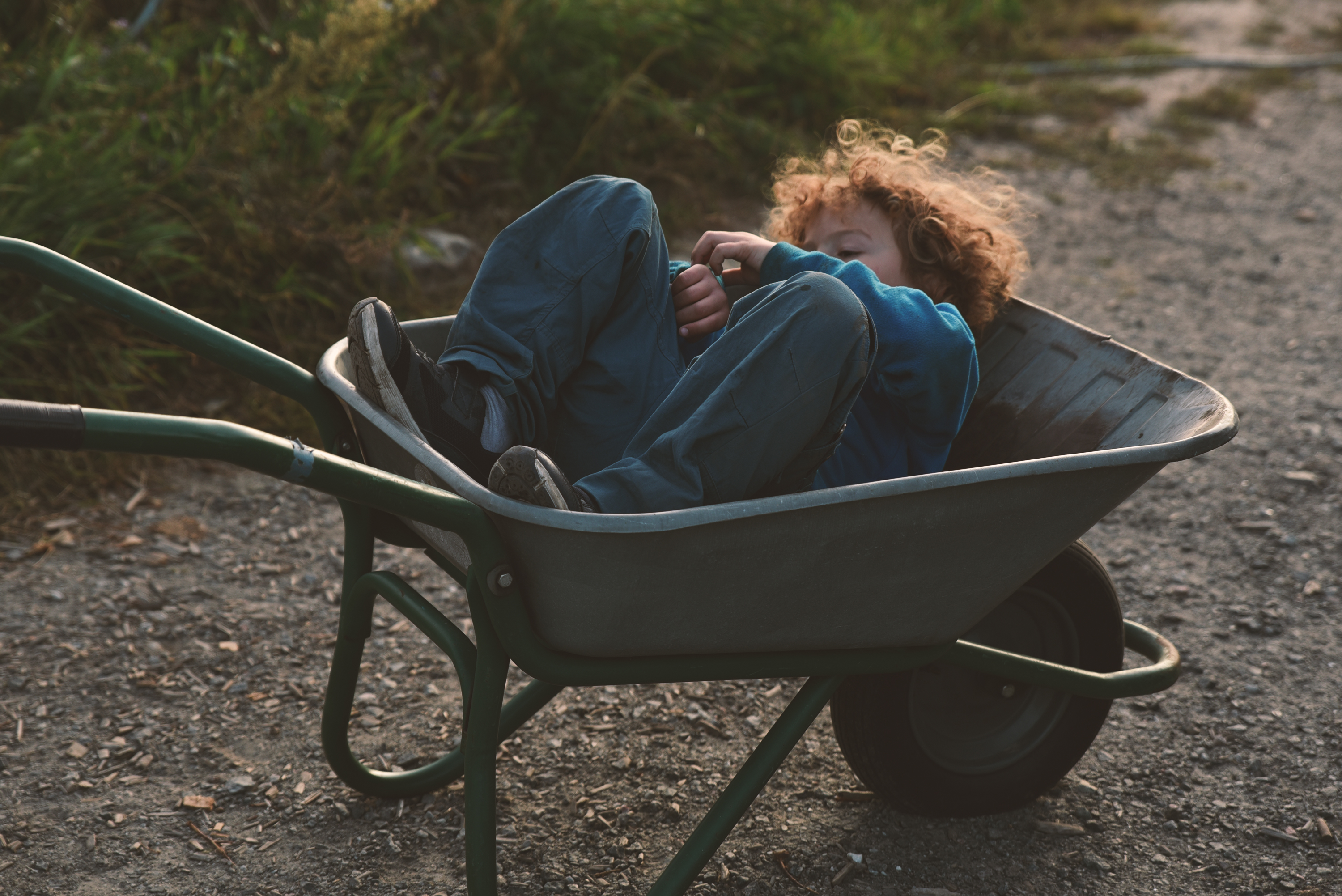 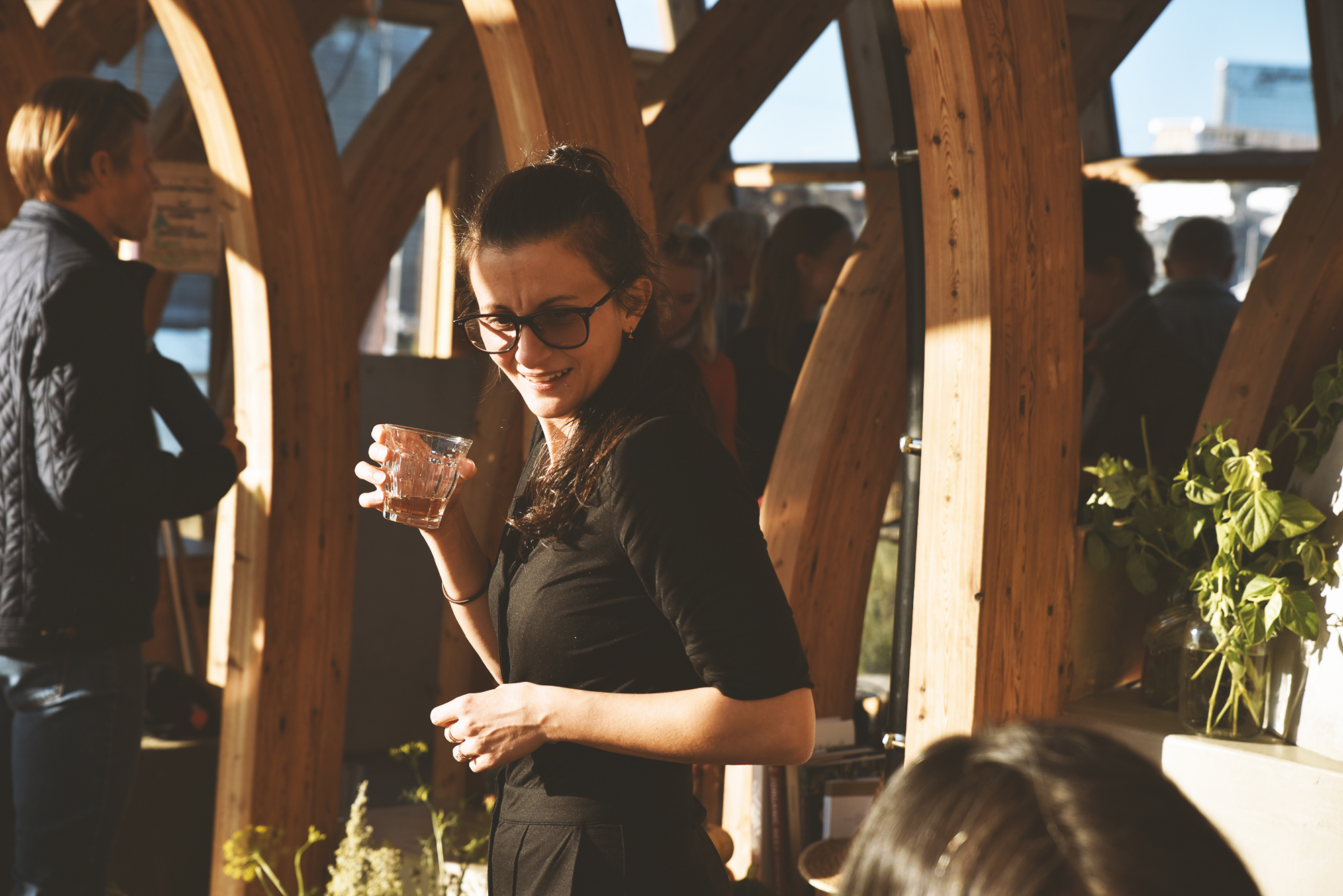