When I was a child, the act of painting or drawing was always the way of communication. It was also my only weapon which can protect my own realm, and make the realm visible with my own hand. When I work on illustrations, I always keep this in mind. On our latest journey to Japan we were lucky to work with Yuri in Osaka. Inspired by her work we wanted to share her story with you here.

Yuri Shimojo is a longtime Williamsburg resident, living for years only a block away from the Picture FarmBrooklyn space.

Yuri Shimojo was born 1966 in Tokyo. She is the last descendant of her samurai lineage. In her youth she practiced the Japanese traditional arts of the tea ceremony, flower arrangement (Ikebana), and Kabuki and Noh theatrical dance performance. She lived and worked in NY and Hawaii between 1988 to 2014 and currently lives in Kyoto. – YuriShimojo.com

For the past three years she has made it her annual tradition to paint a mural of the matching Chinese astrological sign in our foyer.

Located in New-York, Picture Farm is an art space hosting shows, exhibitions and crafts workshops. Toddy Stewart has a particular affinity for other people’s creative process. Having helped to establish and curate Picture Farm Gallery, he has sought to make as many films as possible about the artists to whom he opens the exhibition space.

In 2016, PF Gallery hosted a solo show of Yuri’s work, a series of painting made in the traditional, or semi-traditional in her case, Sumi & Shu technique.

Over the course of the days that it took to paint the year’s mural update and hang the show, Yuri and Toddy found time to shoot a little documentary about her thought process. The ten minute film,”Sumi & Shu : In Conversation with Yuri Shimojo,” shot in just a couple hours while Yuri worked in her journal with American inks, pulls insight from a two hour long conversation Toddy recorded. The transcript from the full interview would then fill out the catalogue that Yuri, Toddy and PF assistant producer Emily Lalande would design for the show.

A Tokyo-born last-samurai-bohemian, Yuri Shimojo has been expressing her life through painting, journaling and dancing since her childhood. Yuri’s works often depict the ethereal , serene, sensual , exquisite yet grotesque, ominous and even whimsical. Hopping between urban and tropical jungles, Brooklyn and hideaway in Hawaii, these two extremes balances her yin and yang inspiring her creativity. In addition to her art practice,Yuri is drawn to the world of indigenous cultures, which has led her studying universal shamanism as a certified healing practitioner and intuitive animal communicator. 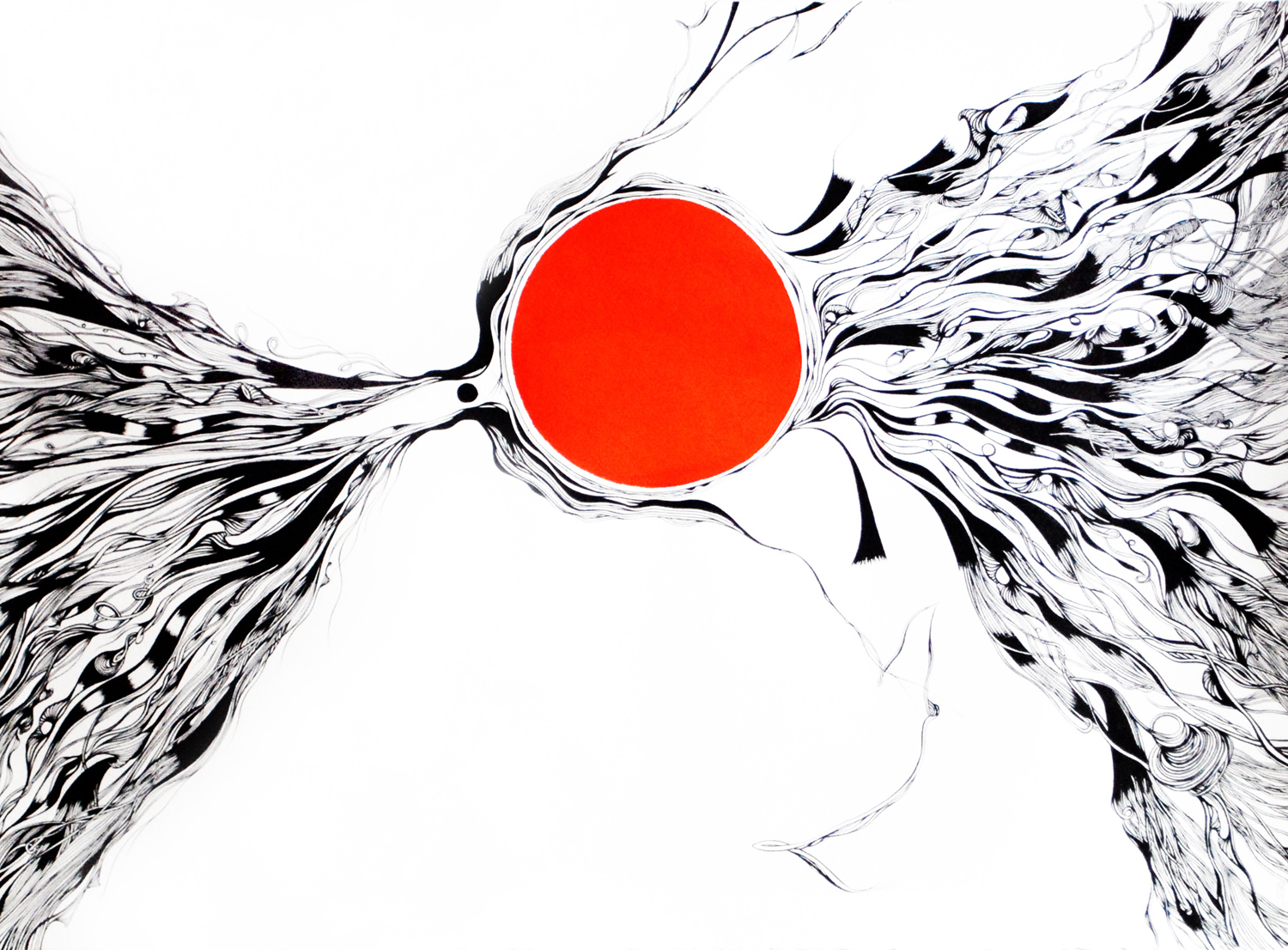 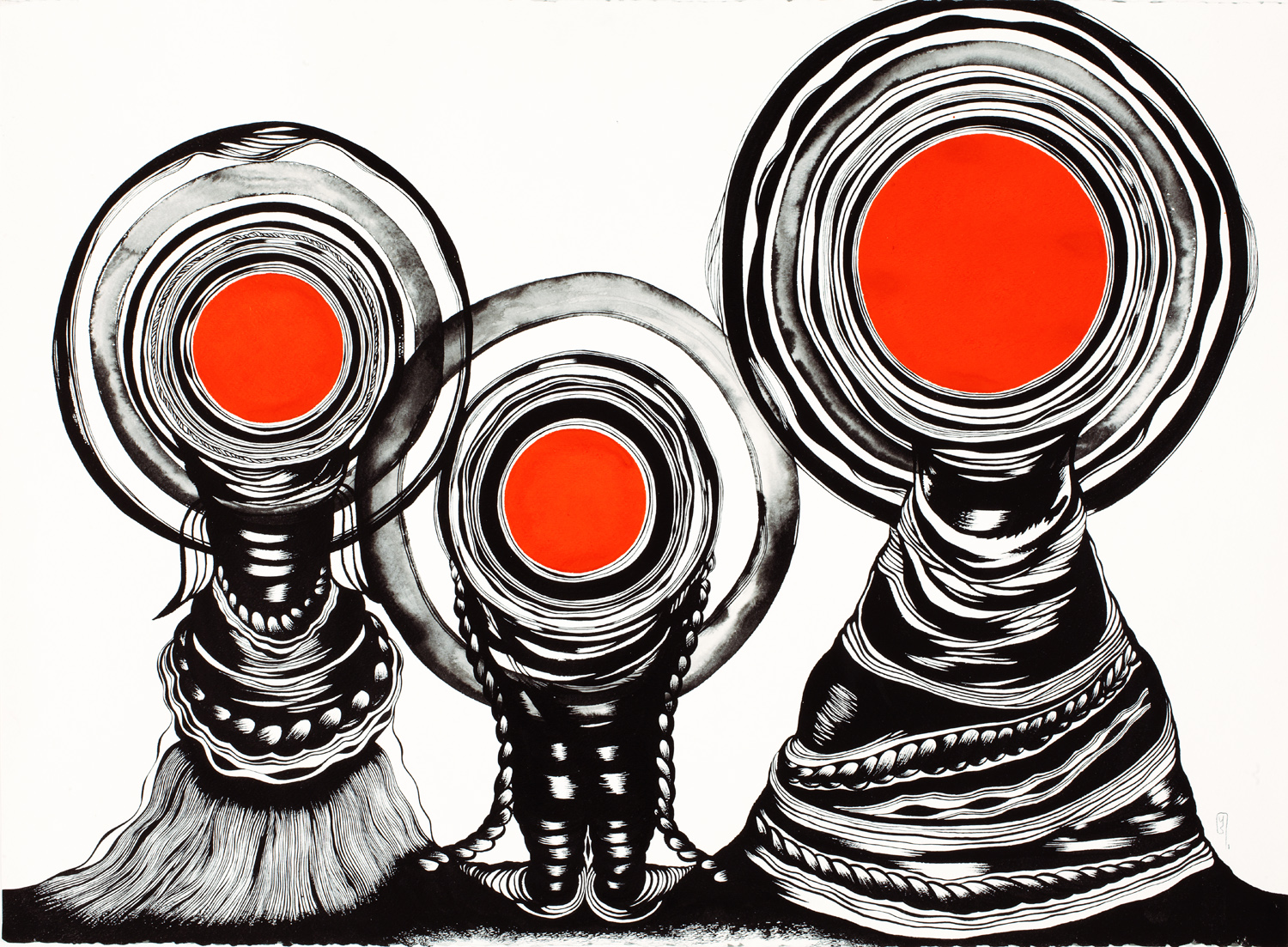 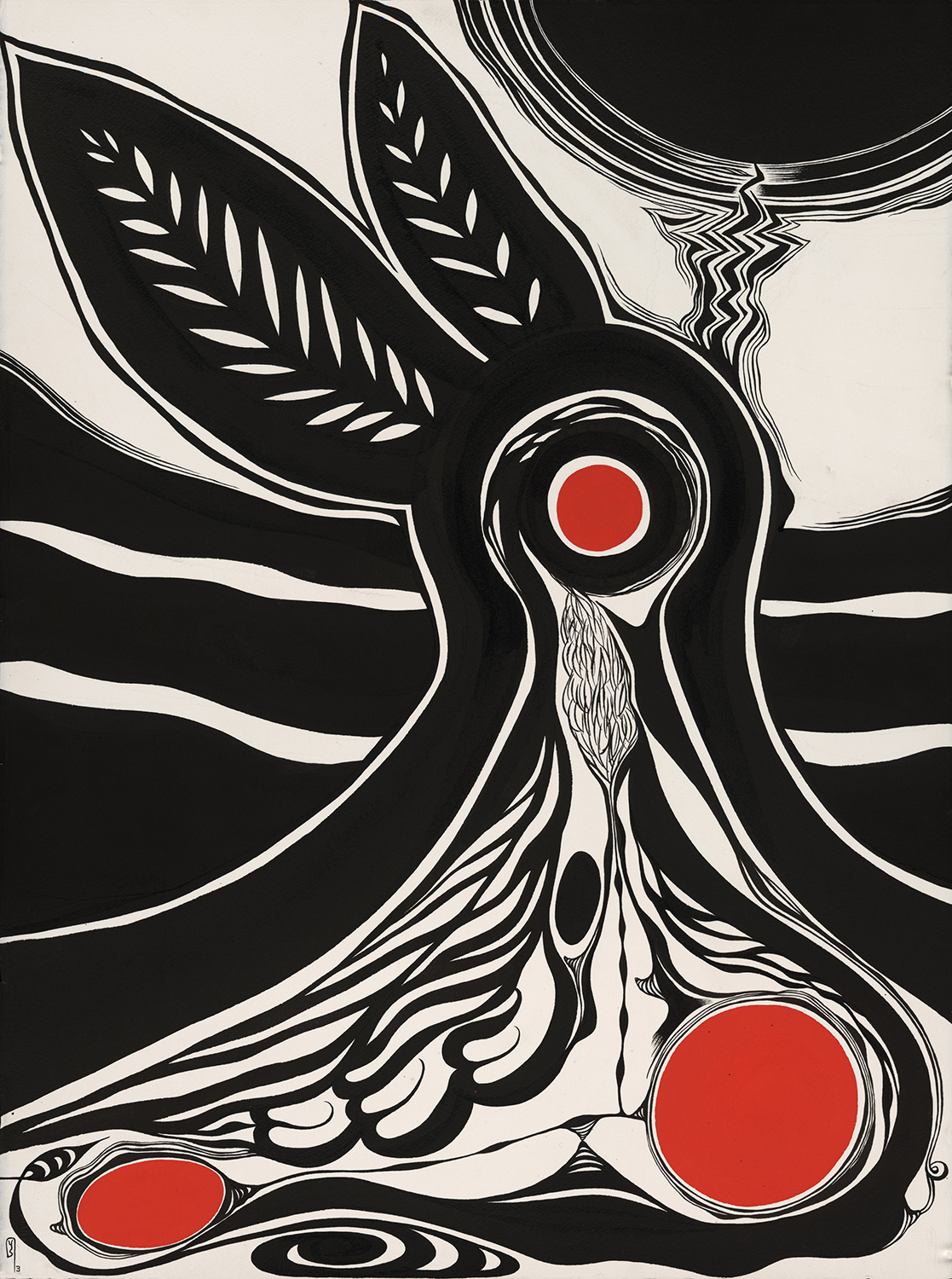 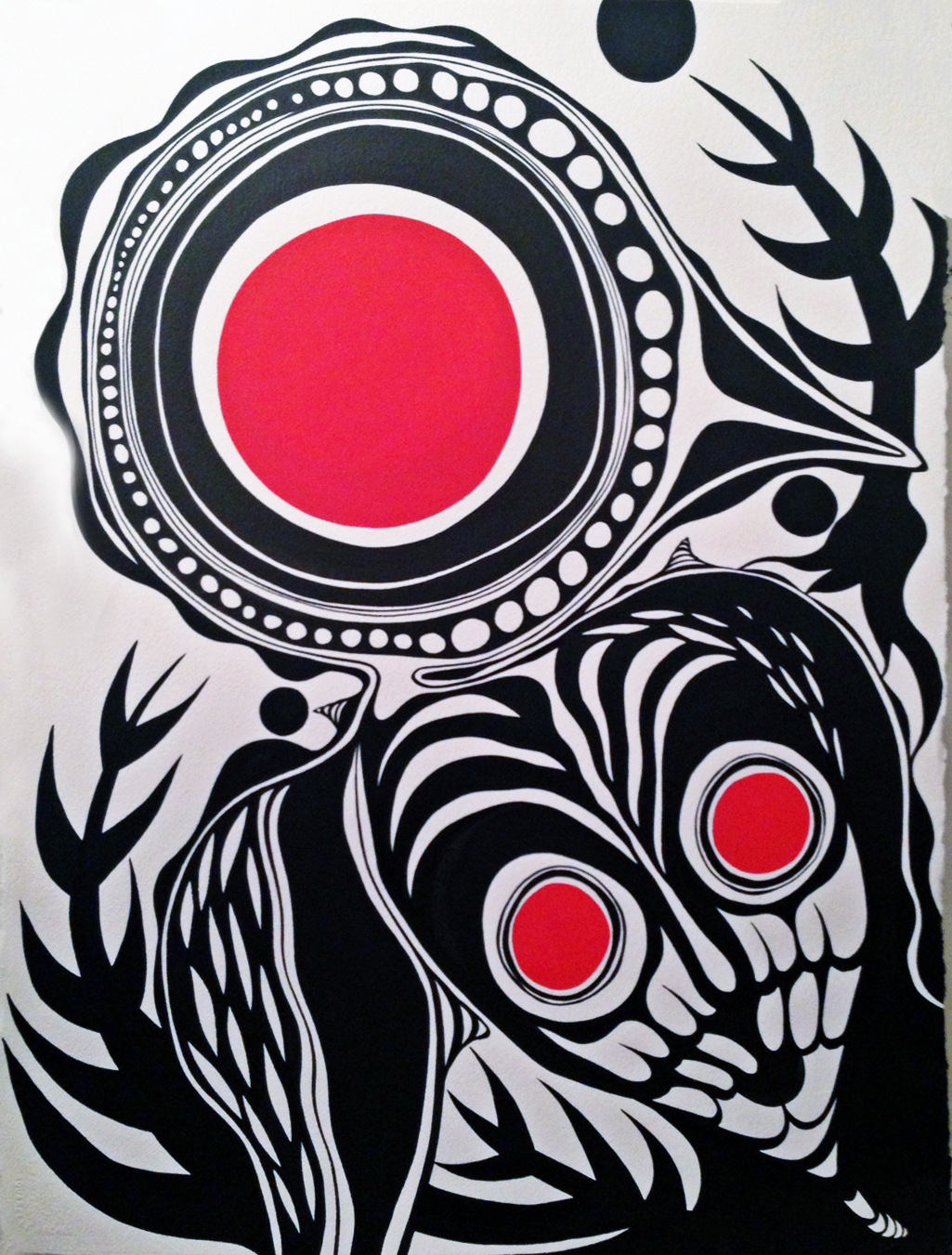