This March we paid a visit to Bøgedal Bryghus in Vejle, Denmark to visit the mastermind brewer couple Gitte Holmboe and Casper Vorting. Their use of traditional brewing methods as well as ancient grain types result in some of the most interesting beers around.

«Vejle,» the conductor loudly announces, as we reach the small town situated south of Jutland. An elegant, graceful blonde, Gitte Holmboe, the female half of the Bøgedal Bryghus couple, warmly welcomes the six of us as we jump off the train and into her car.

The drive towards the brewery lets us soak in the lush, vibrant pastures of the region and, just before reaching the Bøgedal farm, we climb over a rare Danish occurance; a hill! A magnificent hand-painted sign over the portico signals our arrival. The signage, which dates back to the construction of the farm in 1840, also pays homage to the large Bøgedal tree in the courtyard, which the farm is named after.

As the sun filters through the tree branches in the yard, we meet our charismatic brewmaster, Casper Vorting and we are swiftly off to discover the farm. Standing before the strangely round pastures, Casper poses the forever mysterious questions: which came first, the chicken or the egg; the cow or the grass? All Casper can postulate is that the cow grazes on the grass, then excretes an excellent manure, which in turns fertilizes the wheat and barley, from which they make beer, which we happily drink and, in turn, we urinate on the grass, which feeds the cow.

Since starting their brewery in 2004, Casper and Gitte are constantly reminded of this cyclical philosophy. Their obsession for traditional techniques, as well as a profound respect for their land, acts as a double edged sword – headache and inspiration – but they would never imagine carrying out their business in any other fashion. When the couple decided to commercialise the Bøgedal brand in 2004, they were certainly leading the trend of working with small-scale producers and utilizing ecologically-conscious production methods. Since this trend has strong roots in the brewing culture, the couple has now become a figure of inspiration for younger brewers, and the Bøgedal brand has gained a solid reputation across the world.

Beside collaborating with several farmers in order to decide which grains to sow, the Bøgedal couple decided to grow their own ancient rye and barley varieties, which are protected and certified by the Nordic Gene Bank. Casper finally explains why his fields are not squared. Firstly, the maximum utilization of space is not a concern; there is plenty of profitable land in the Bøgedal domaine. Secondly, the farm equipment is old and not motorized, which means increased time and labor. In order to economize efforts, Casper thought it would be wise to harvest in a circular pattern, rather than repositioning the machines at each angular turn. Casper also explains that the wheat and barley are harvested rather early in the season and allowed to dry longer in the sun in order to achieve a fully developed flavour profile. This ancestral technique also implies a need for a rapid harvest if the weather turns bad.

In August, a good ol’ threshing machine does the job and separates the grains from their husks, which are then boiled over an open fire in large metal drums. These drums have the distinction of being manually operated by a system of pulleys. Each batch gives of approximately eight hundred 75 cl bottles. With around fifty individual brews per year, Bøgedal has an annual production of about 40,000 bottles.

The result of this painstaking work is a lively, organic, and incredibly perfumed beverage, which is incomparable to the average watery pilsners you can find in any bar. Each brew results in a unique beer, as the weather, the level of humidity, amongst other natural forces factor into the complex personality of each bottle. No thermometer is used in the brewing process; the Bøgedal beers are all adjusted by taste. No pumps in the place! All liquids are transferred by gravity. Each bottle is capped by hand, and every label, soberly stating the ingredients, number and date of the brew, the date of the bottling, and the degree of alcohol, are all printed in-house and affixed by Gitte herself. Even in the smallest drop of beer, you instinctively know how much love this couple has put into the entire process.

The sky clouds over as we return to the house to heat up around a large communal table, lit by an old streetlamp once used to brighten the streets of Copenhagen. The table is set with a bounty of cheese, traditional Danish meatballs – frikadeller – fresh salad, bottles of Bøgedal n°395 (the beers are not given names but, rather, numbers according to their brew batch), and tasty little sourdough breads.

If it hadn’t been so chilly outside, we would have gladly closed Casper’s philosophical circle and gone to pee in the pasture with the three cows, one of which recently gave birth and another which will soon be slaughtered. ‘Skål!’ To the circle of life and to those who patiently turn it into a beautiful beer.

Photos and text by Nina Sahraoui 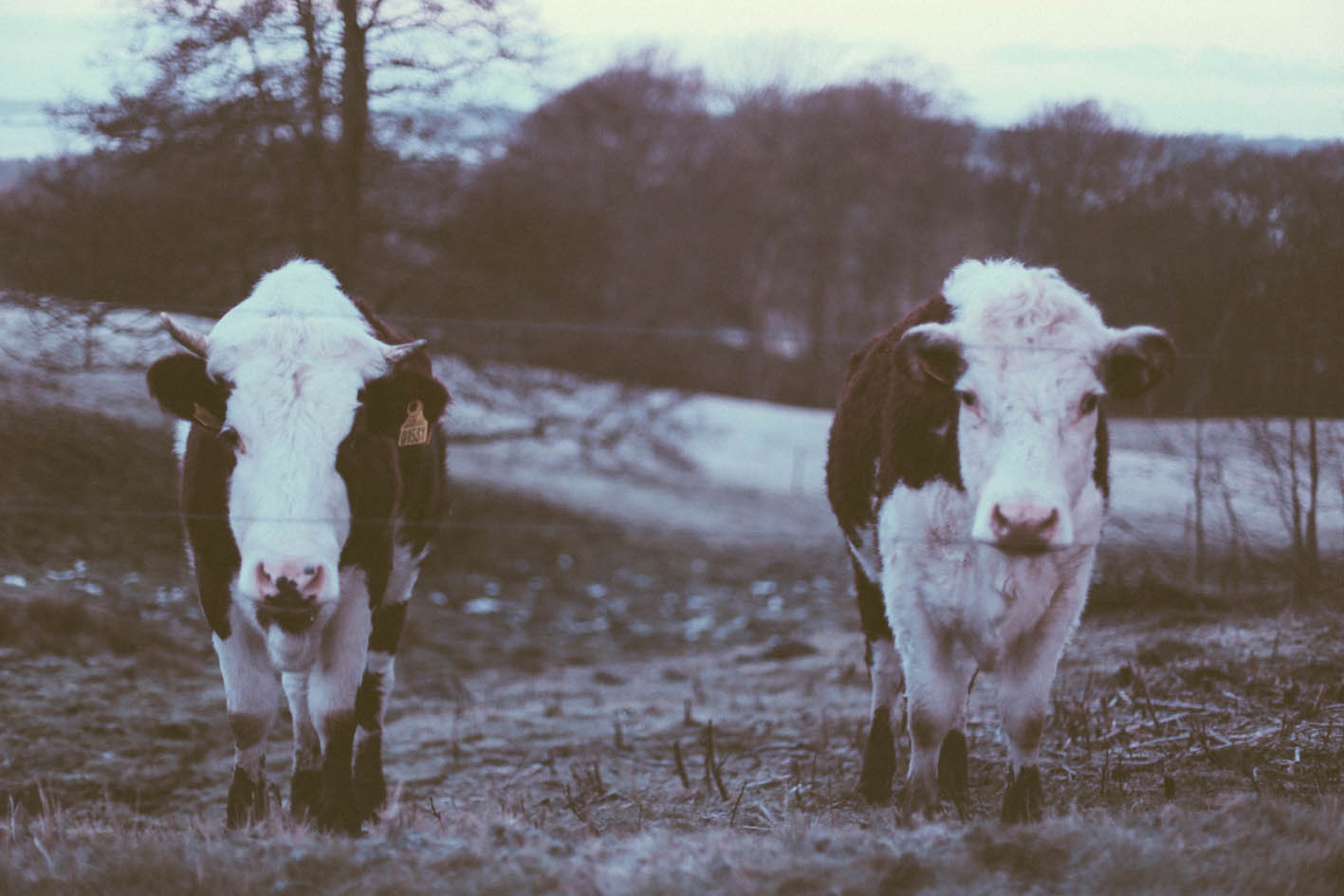 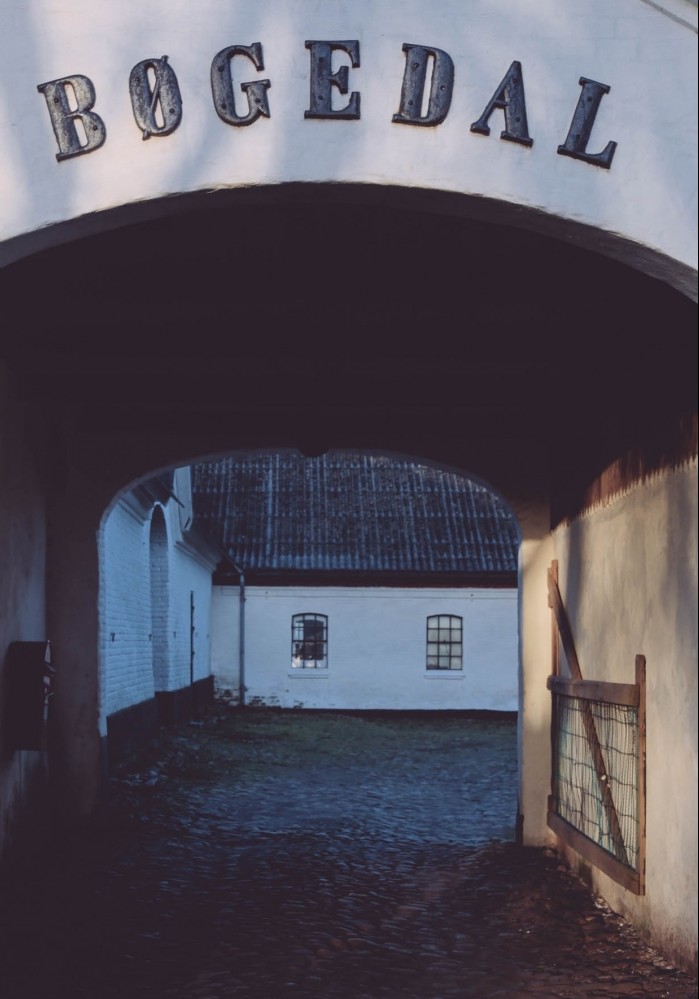 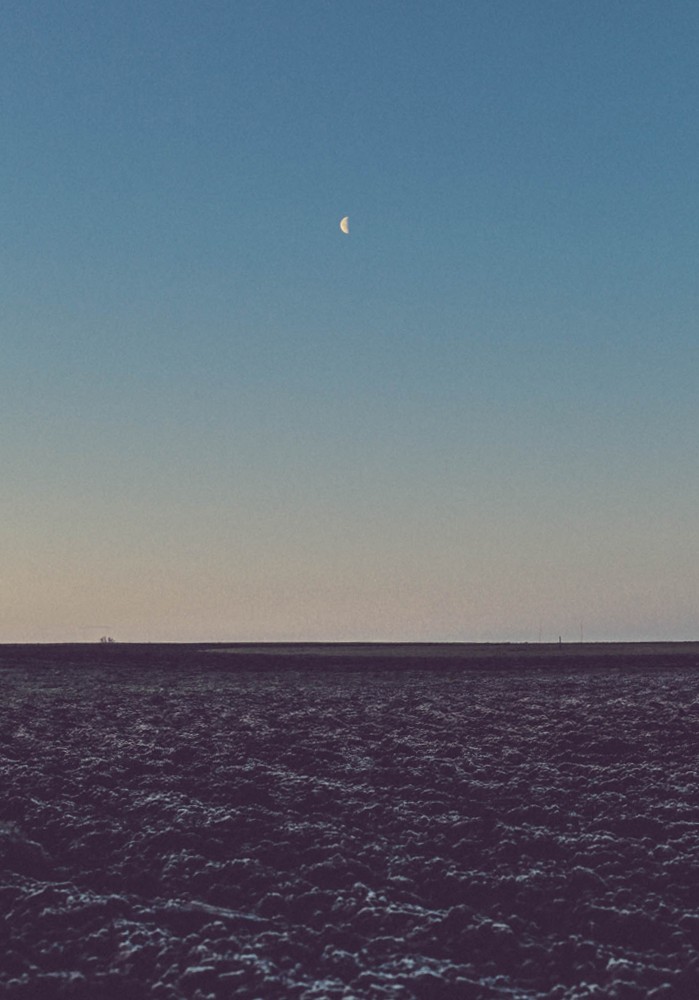 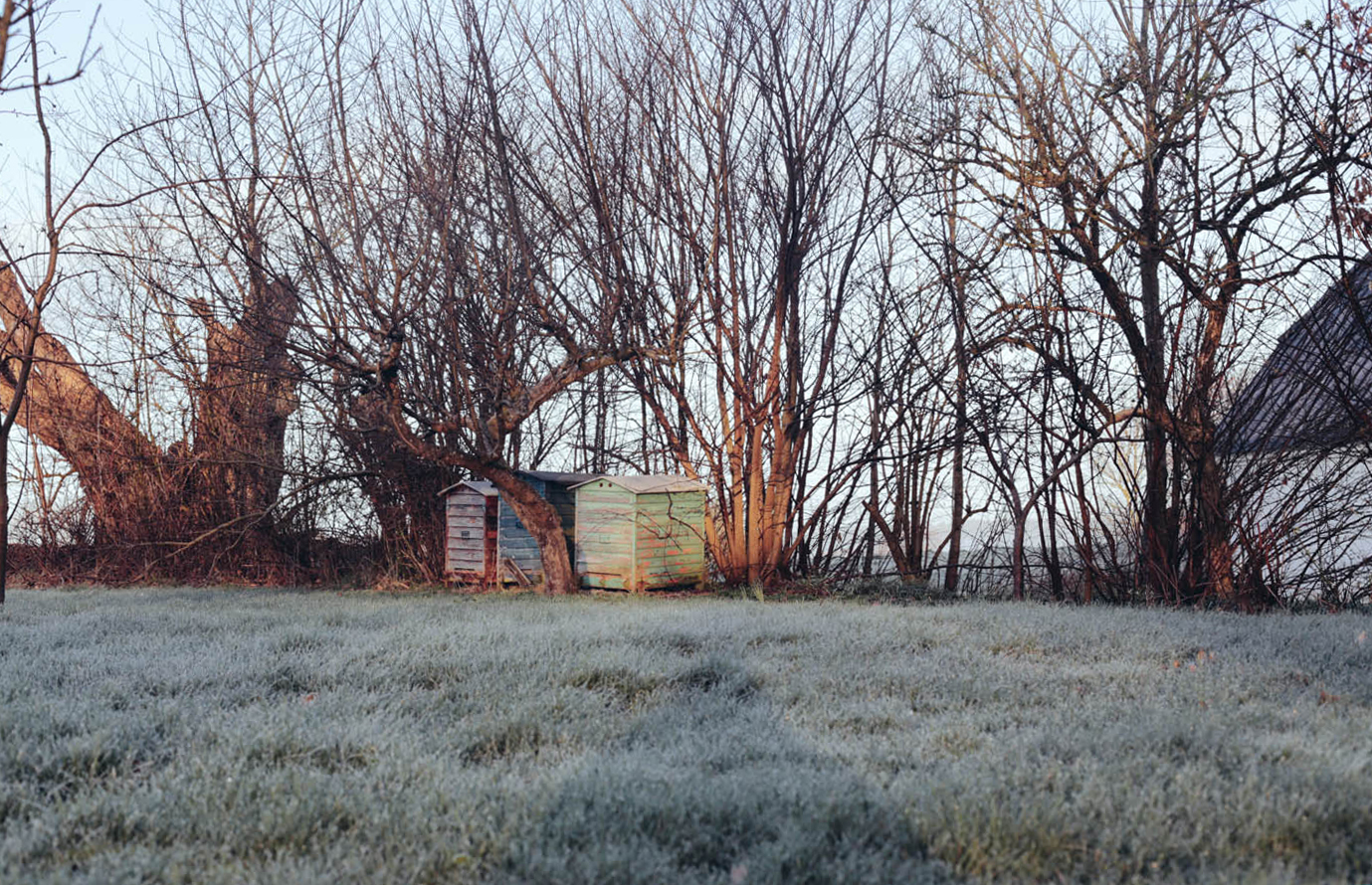 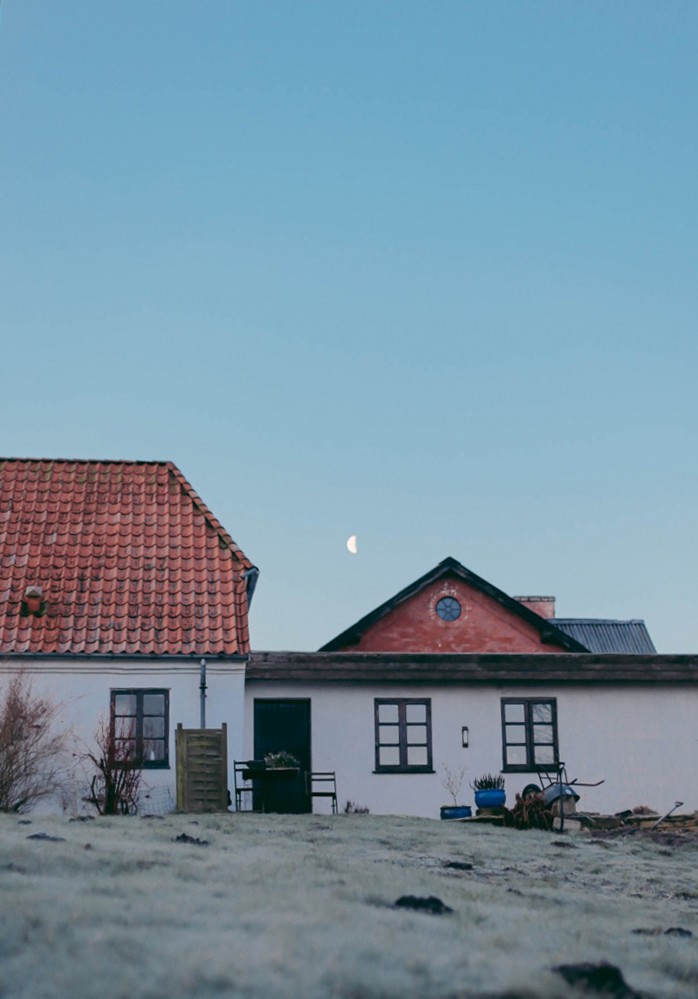 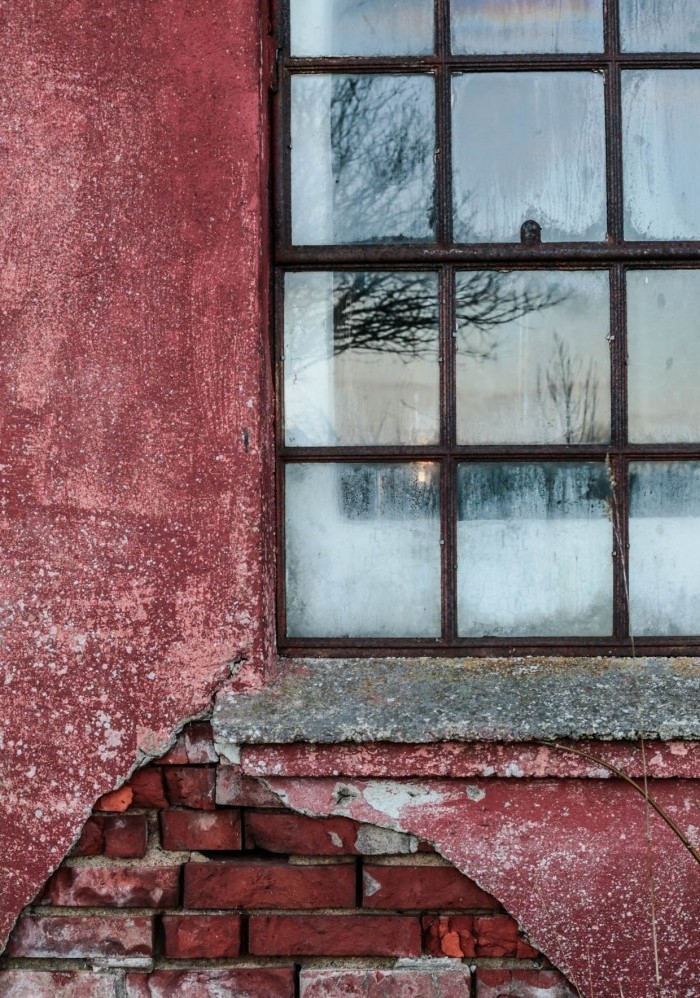 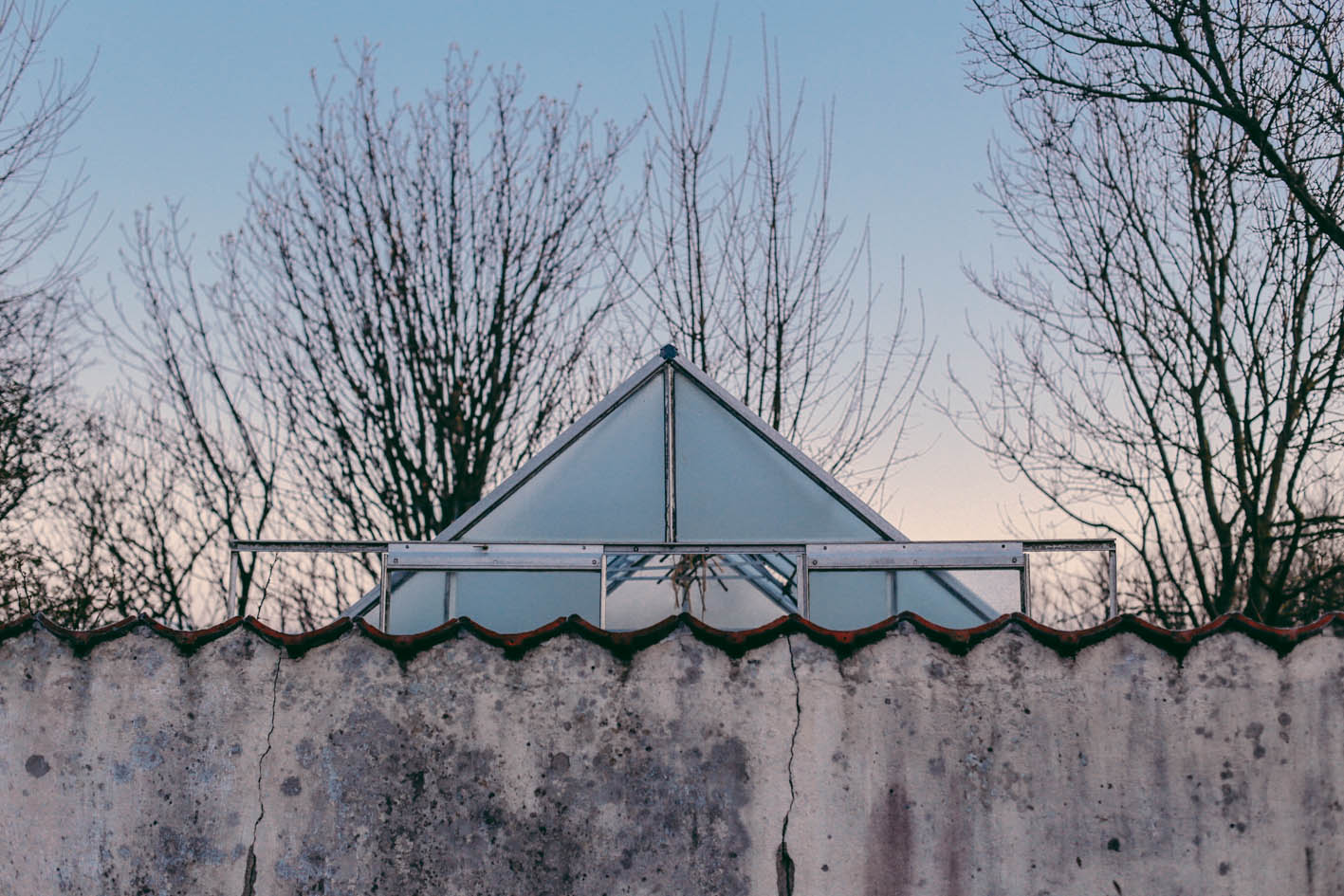 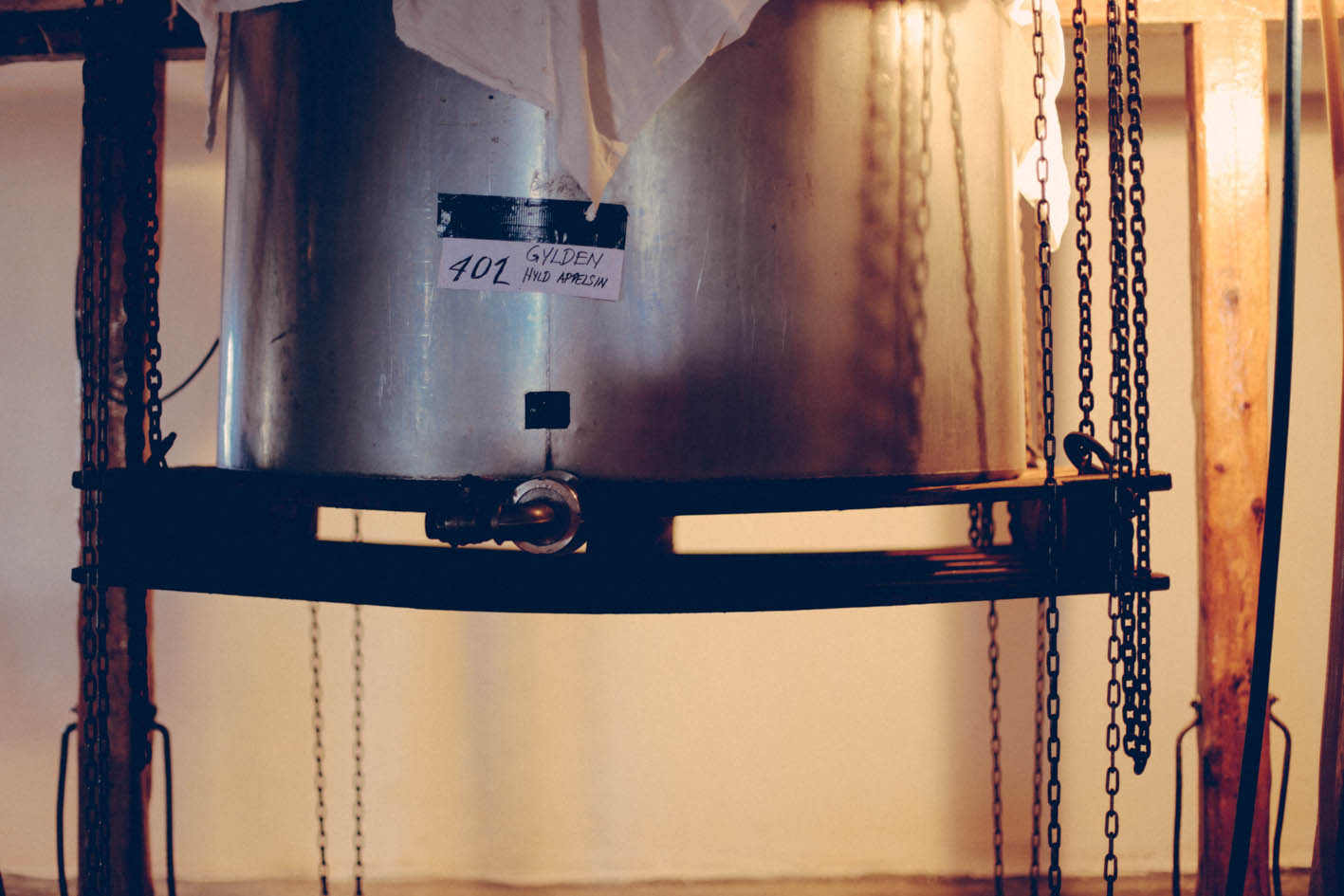 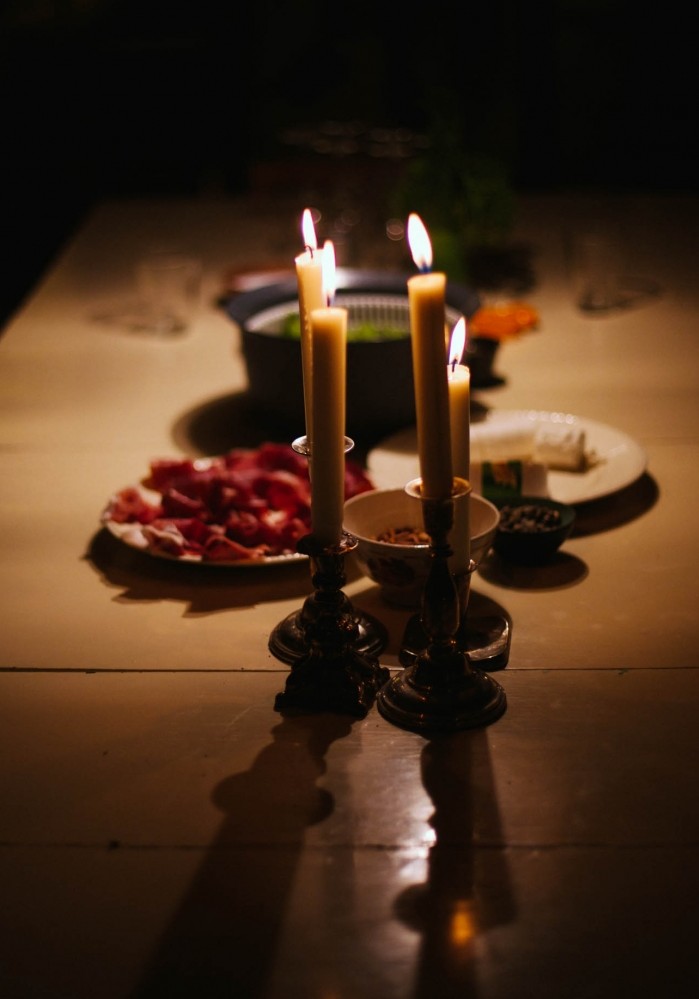 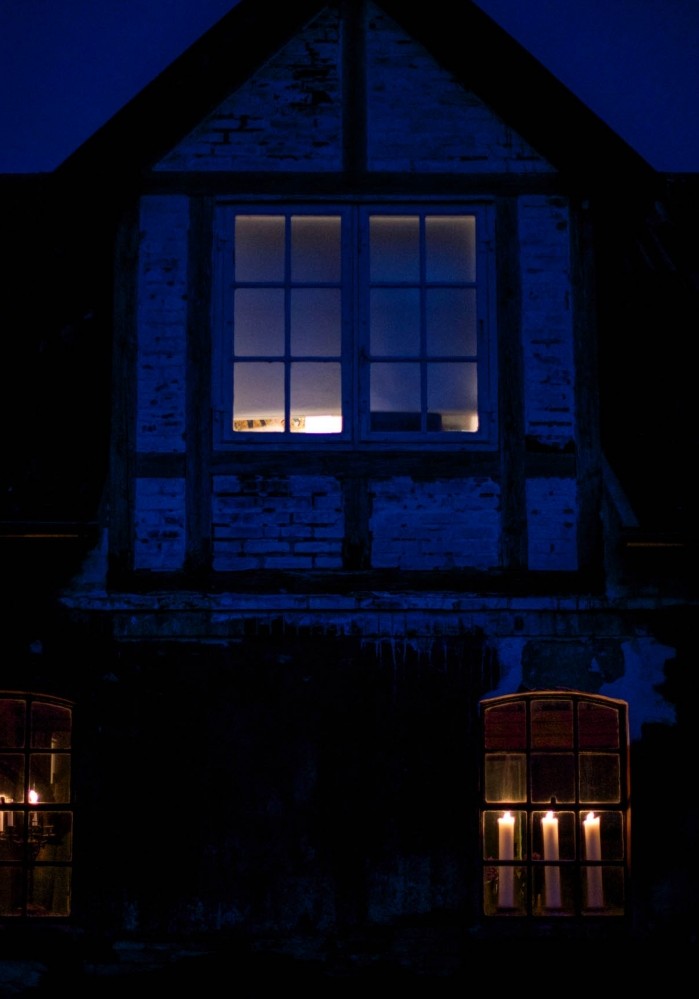