In every town, village and country there is an important role played by farmers, chefs and consumers. Every part is as important as the other. They cannot survive by themselves. In Ålesund, a small west coast city in Norway, there’s about 120 small producers scattered around small islands, narrow valleys, and in the countryside.

In every town, village and country there is an important role played by farmers, chefs and consumers.  Every part is as important as the other. None of them can survive by themselves.
In Ålesund, a small west coast city in Norway, there’s about 120 small producers scattered around small islands and narrow valleys.

Flatbread is made the traditional way and klippfish is dried with patience for up to two years for the optimal taste and quality. Gooseberries and currants and used to make jams and juices, using knowledge from old recipes and methods.
An old and proud tradition in Ålesund is also the cured meat, dried with passion and respect for Nordic flavours.

Under The Norwegian Food Festival in Ålesund we got the challenge to put together a meal representing the tastes of the surrounding areas of Ålesund mixed with new and unexpected ingredients and flavors like the sea urchins and edible wild plants.

We wanted to showcase the people behind the food, to learn from them and inspire locals to get to know them.

Together with three chefs from restaurant Måltid in Kristiansand, and Kristin Hove, we started to hunt down the essence of the place.
We met up with the local food enthusiast Nils Henning Nesje who got an essential role and helped us locate the local producers.
Nils Henning is constantly traveling around hunting for the best cheeses and local specialties. Whenever he is cooking for parties and gatherings, he always makes sure the local produce and farmers is headlining his menu. The support and enthusiasm he shows the local producers is inspiring, and can stand as a good example.

As a city surrounded by the ocean it was natural to start with the fish. We wanted to be able to have fresh fish delivered to us right from the boat.
We wanted to know where, and what time it was caught.
Being a coastal city, the demand for fresh fish seemed to be not as high as we had expected. But with good help from Odd Sande at Sande Sjømat there were almost no limitations to what we could get from the ocean. We ordered the cod cheeks for our guest, as it is a true delicacy, and we challenged the Danish chefs on how to serve them.
Still we had to question the process of getting the fish since there is no local fishmonger in the centre of Ålesund. At the time we had to drive for a few hours to get it delivered fresh.

Historically Ålesund is a city build on dried salt cod traditions. This was a way of preserving the huge amount of white fish that is easily accessed in Ålesund.
We met Jakob Dybvik who is the third generation in the family company Jakob og Johan Dybvik AS. Their traditions and good quality is acknowledged by the government organization Matmerk, who looks after the Norwegian food heritage.
For the menu we got their own handpicked North Atlantic Cod, being looked after from the start with experienced hands, air, patient and a good amount of love. For two years the cod is stored and dried, before being sliced and packed as loins, and sold by the name Gran Reserva.

In a small city like Ålesund they’re lucky to have two good butchers, Dalen and Hole.
Our chefs wanted to get hold of pork cheeks and calf.
The positive and helpful butcher Kenneth, at Dalen Kjøttvarer helped us with the orders.
Later when we met up for a coffee, he revealed that when the local slaughterhouse shut down two years ago, it has been a real challenge to get the specific animals he wants for his shop. Earlier he used to be able to go to the there and handpick his own meat. Now everything is based on efficiency, and questions regarding animals breed or heritage is seldom looked after.
Still Kenneth is always delivering first class meat, and is an important local supporter.

If you travel in along the fjord to Stranda you will find some of the best places to get good quality cured meat. When arriving at someone’s house in the village you would always be offered a piece of cured meat with something to drink.
At Tind Spekevarer they’ve been taking care of traditions, but are still developing and modernizing their products. Like for example by using Nordic flavors like aquavit, moose and junipers. Today several of their products are being handed the mark “Spesialitet” by Matmerk.
For the dinner we picked their marinated cured leg of ham.

As we mentioned earlier Ålesund is a coastal city, there are not that many growing vegetables along the coast.
We wanted to serve organic crisp vegetables and got help from the local grocer Hilde. Hilde always makes sure that the locals can get their hands on organic quality vegetables and groceries by ordering directly from the farmers. Some of the vegetables we had to get from Surnadalen and some we got from the local farm Haslebakken Gard. Hilde has located many places that are growing organic vegetables. Unfortunately it seems like the logistics sometimes works against her, since products being grown as organic is rebranded as not organic and then sold un-separated from other vegetables.
Hilde got us some crisp fennels, broad beans, radishes, turnips and baby carrots. From Øyvind at Haslebakken Gård we got some delicate small broccolis, wild raspberries, herbs and some fresh farm eggs.

Homemade jams, juices and gels are a specialty at Sunmøre. With gardens inviting to days of picking there is many who find pleasure of cooking and using the fruits. Lisa Mari at Gode Greier is one of those people who are passionate about old traditions, flavors and local ingredients. All of our guest got welcomed by her blackcurrant leaf juice.

“Krumkaker”, a Norwegian traditional waffle cookie, filled with cream and cloudberries are to many the essence of a dessert in Ålesund. We meet the local pastry chefs Janne Peggy Larsen and Nan-Hi at Mandel og Melis who loves to combine traditional methods, modern tastes and local flavours. For the dinner they made us some tasteful flatbread and some delicate “krumkaker” as a treat to take home for the guests.

In every town there should always be a good quality coffeehouse. Ålesund is lucky to have a few. Jacu is one of them taking pride in hand brewing coffee and a few quality selected beans. Jacu has even been taking medals from our own Oslo based favorites as Tim Wendelboe and Kaffa. For the evening the two owners Oliver and Anne Birthe made us hand brewed coffee from Kenya, roasted in their own shop located in the center of Ålesund. The coffee selected for the night had a full body with hints of apples, brewed with love and passion.

Welcoming the people of Ålesund to our evening was a great experience. It seemed like most of them got a bit of a revelation when they got served blackberry leaves, which they have in their own gardens, but never actually used, and also when they ate all of the fantastic local vegetables, and the potatoes we had harvested at the beach, dug up from white sand. New flavours combined with their own traditions made the talk around the tables quite interesting. 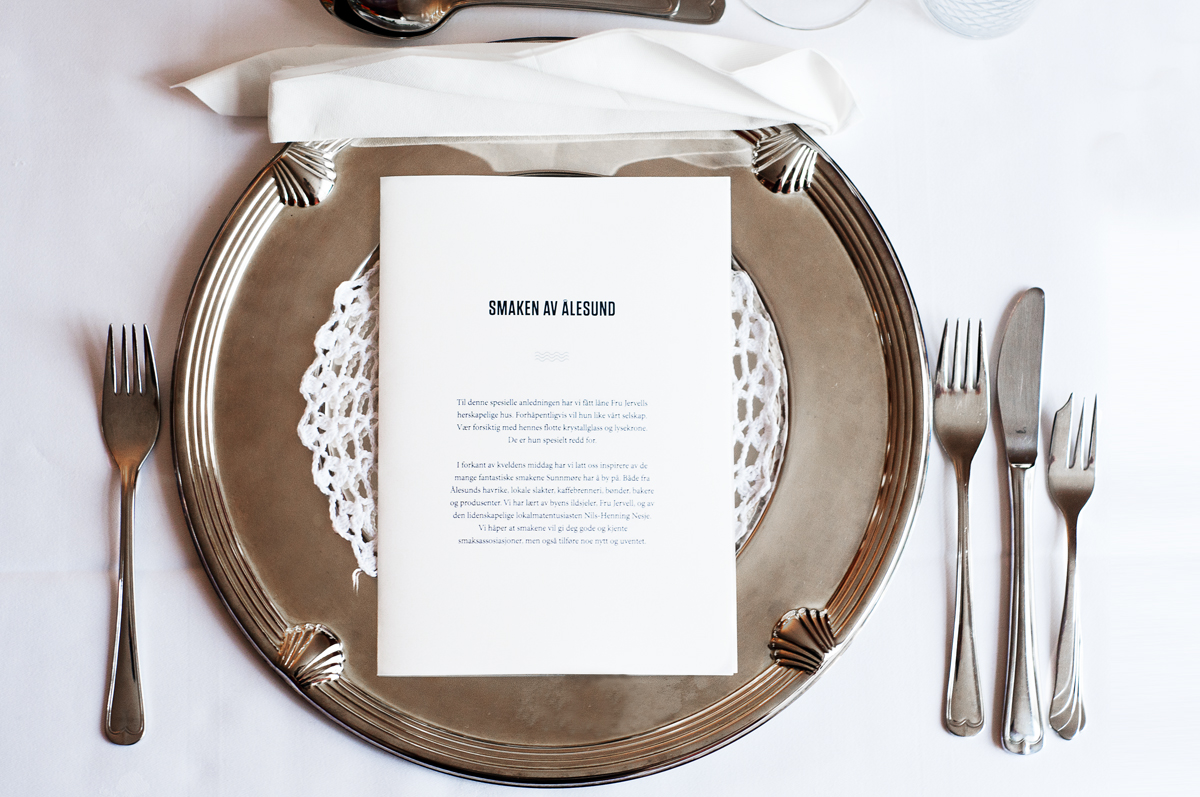 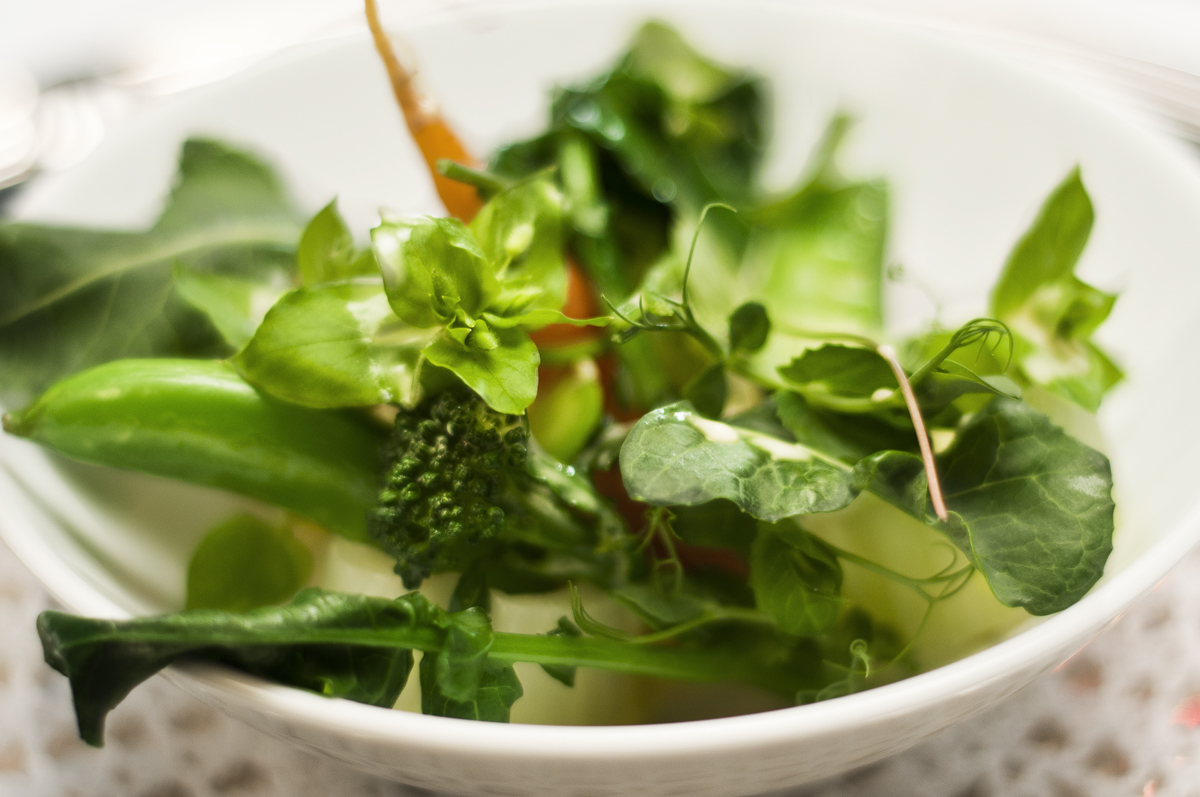 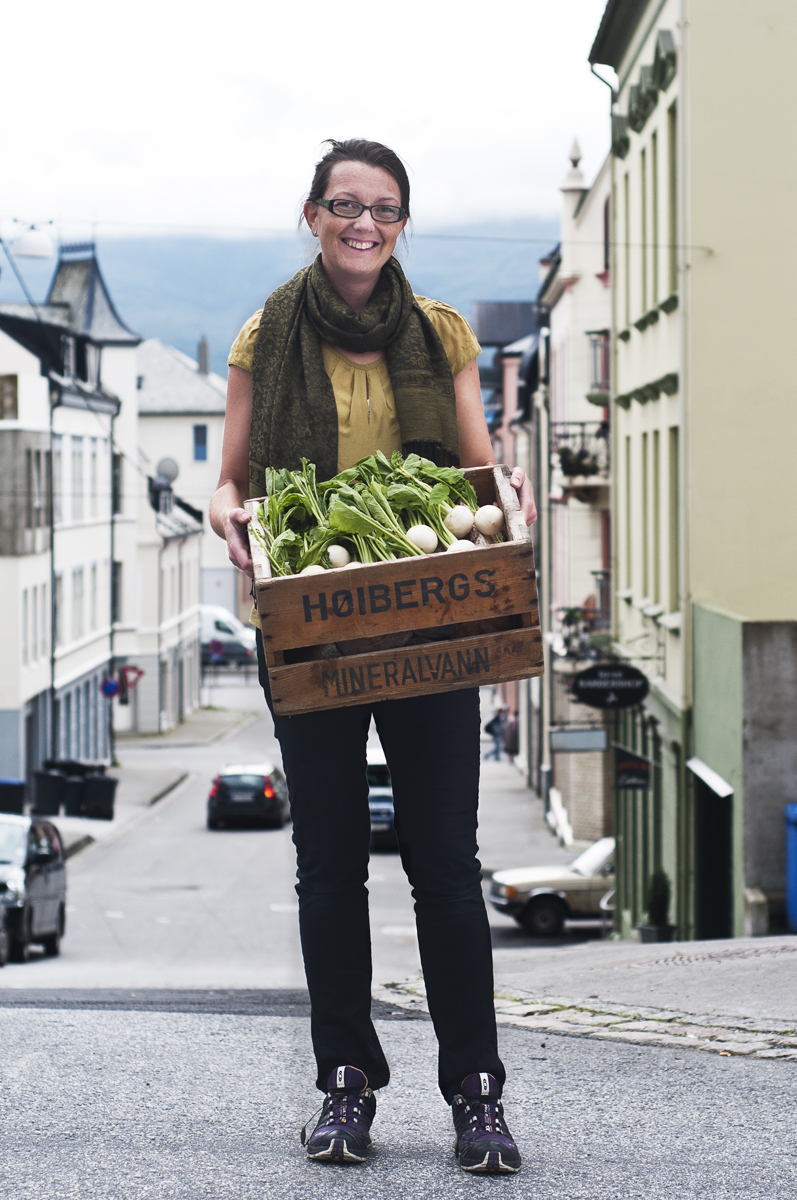 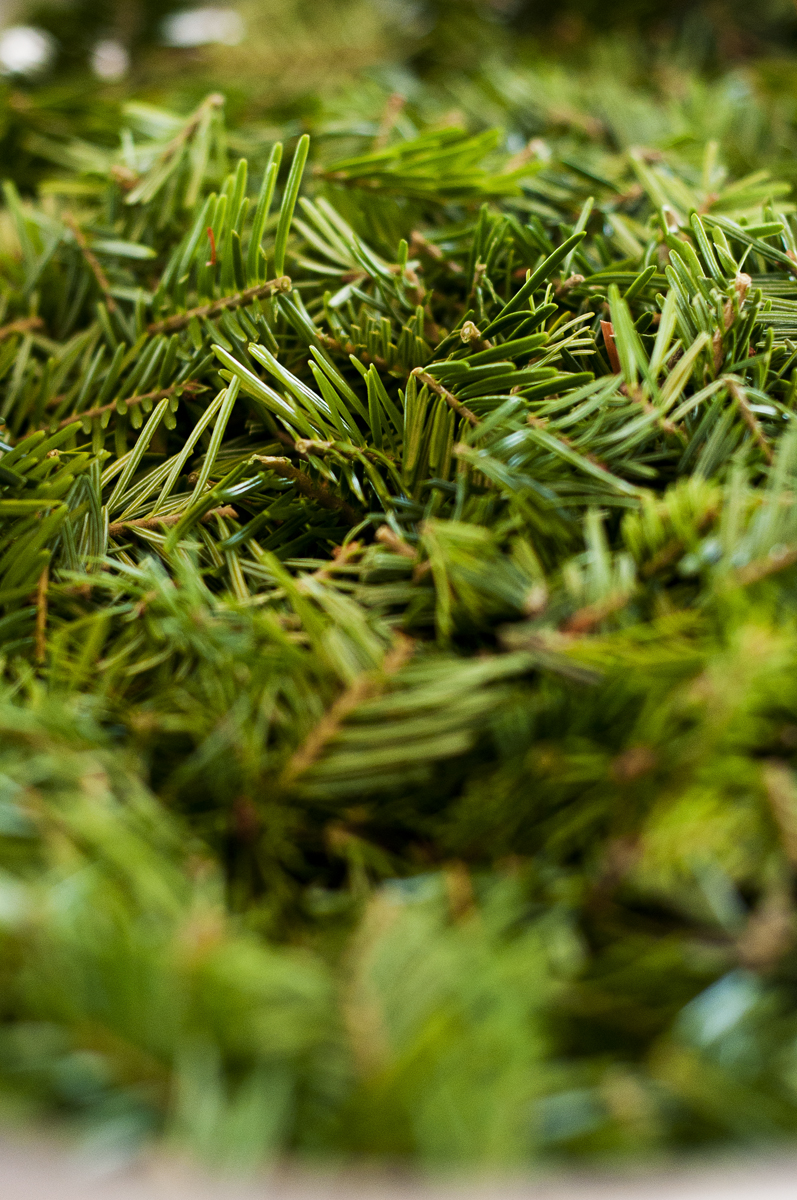 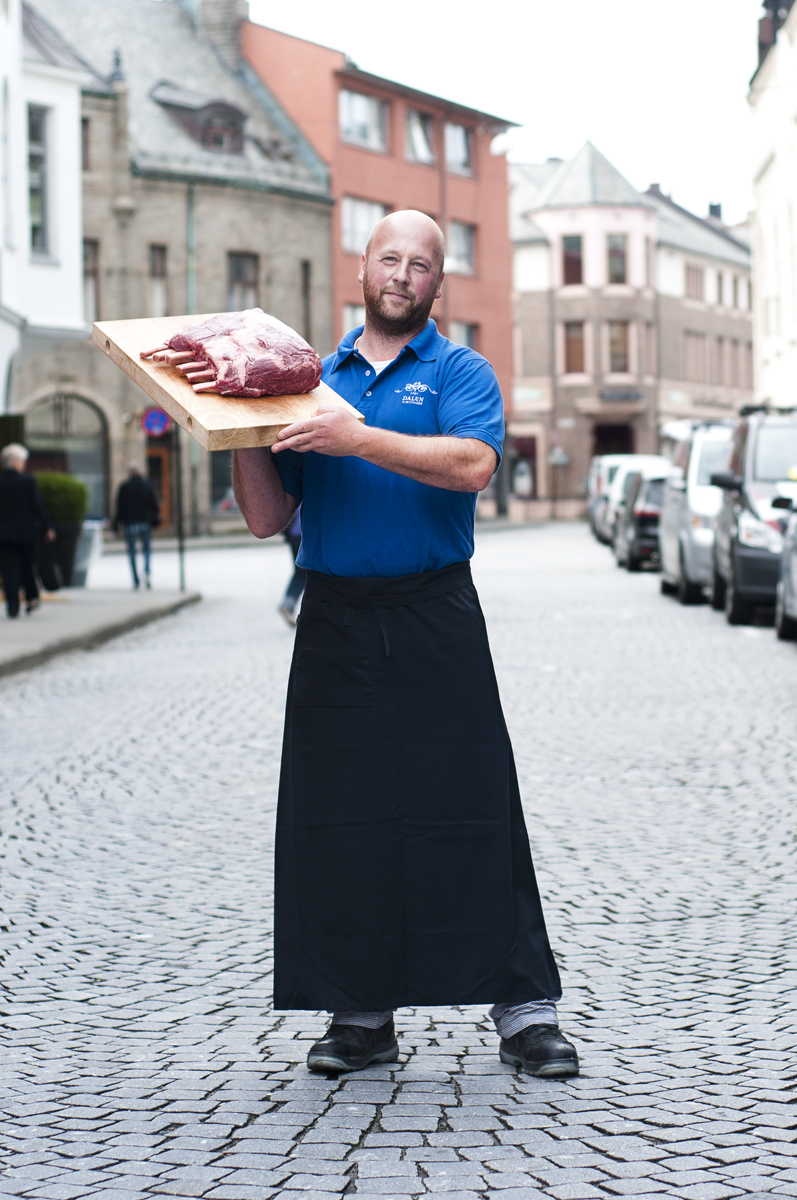 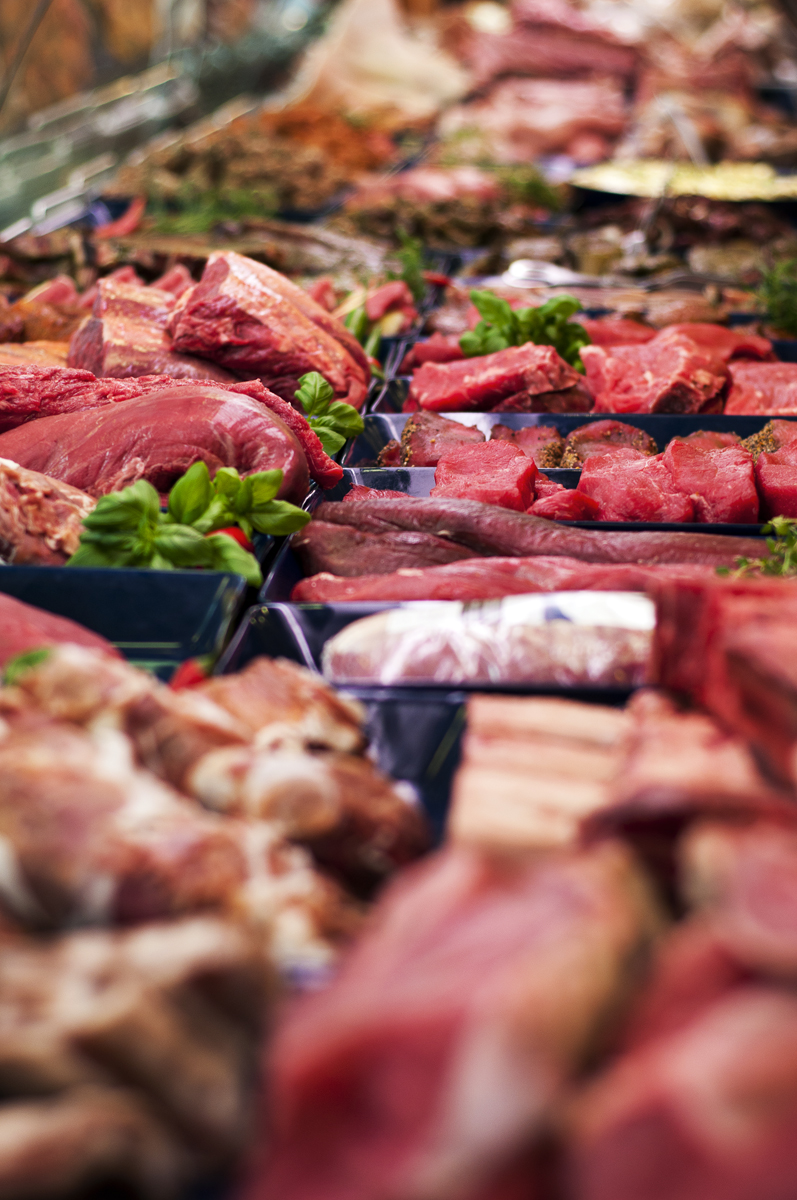 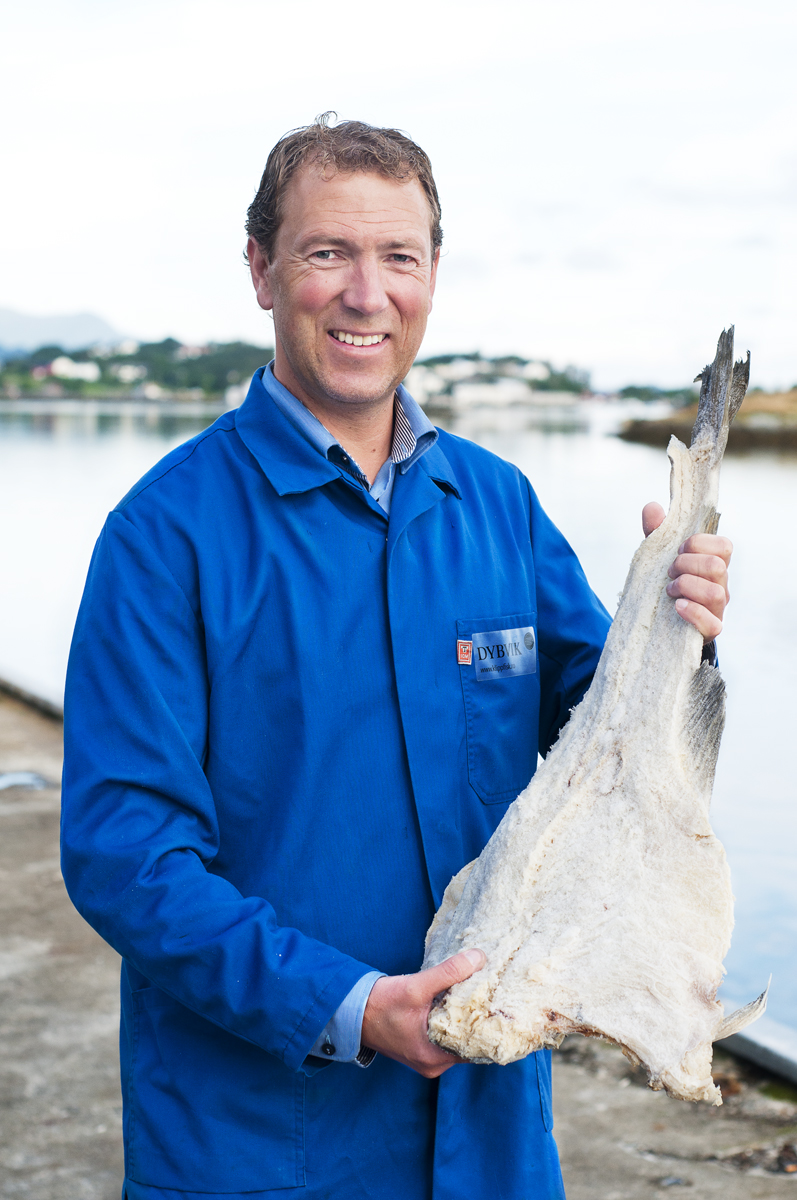 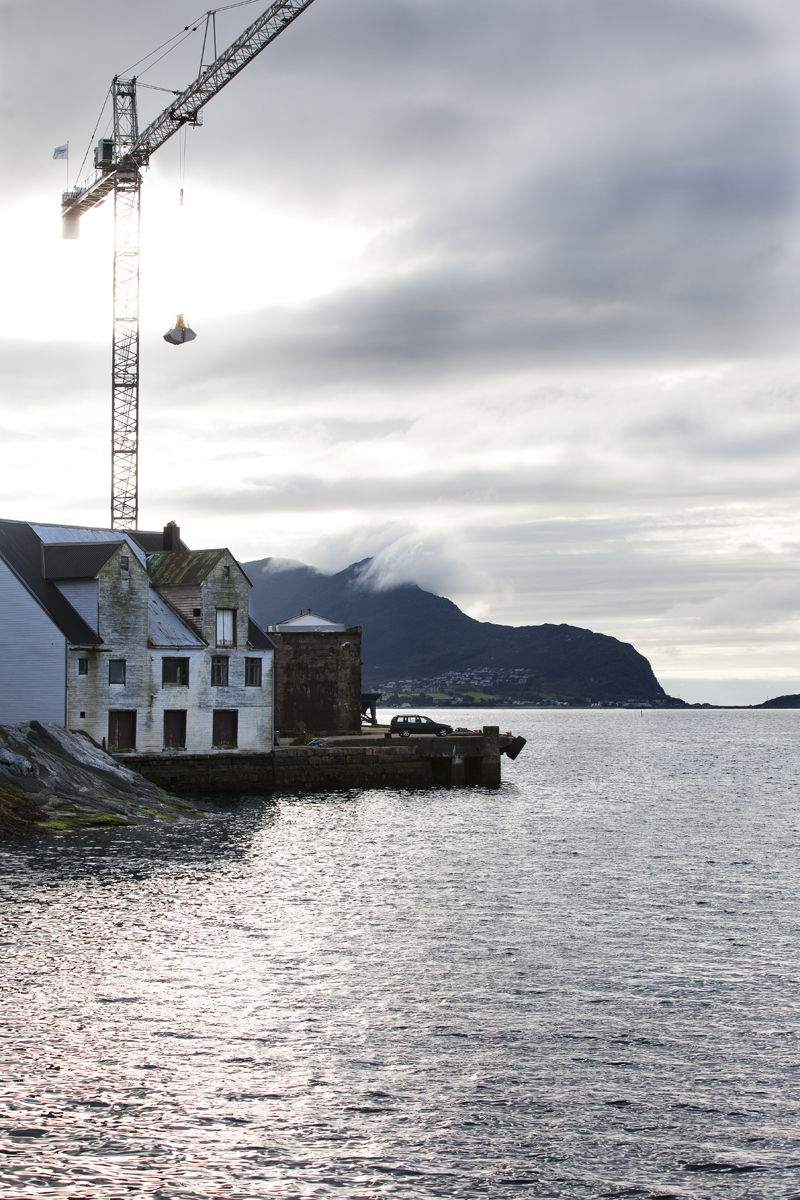 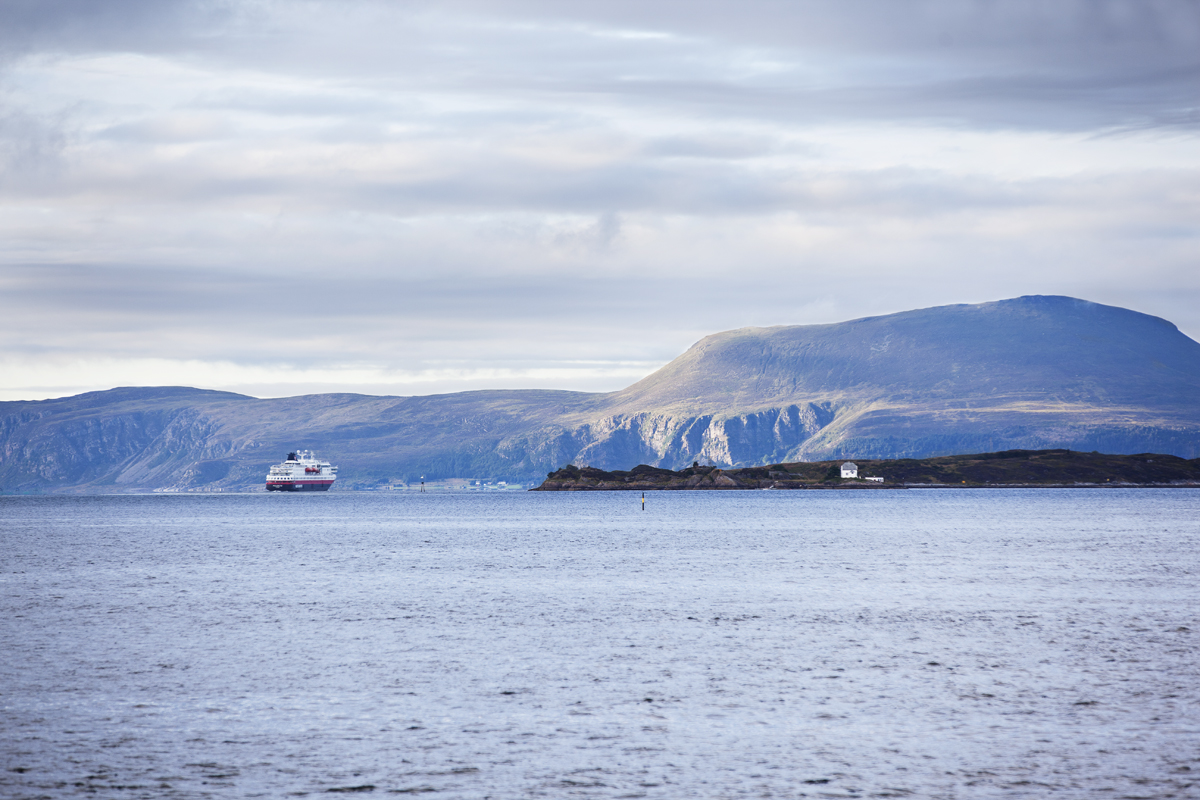