The third weekend of March this year, the city invited street food vendors, organizers, chefs and journalists to Streat Helsinki, a two-day street food conference and festival aiming to raise a vibrant and interesting street food culture in Scandinavia. We were there to listen, get inspired and feast on all sorts of street food.

The city of Helsinki is taking a serious leap towards being one of the most interesting cities to eat and drink in in Scandinavia. Recently, as a kind of reaction to the strict government laws on food trucks and pop-up restaurants in the city, people have started thinking creatively. Restaurant Day, now a world wide movement, sprung out of this need to bend the laws in order for food innovation to happen. Thankfully, this one-day-restaurant movement has started a dialogue between the people and the government, in order to make today’s legal restrictions more flexible.

A big step in the right direction was the recent Streat Helsinki, a two-day conference focusing on street food not only in Helsinki, but world wide. First day worked as TED x talks style conference introducing some of the most exciting figures and projects around the world. Cult food magazine editor Chris Ying opened with stories and photos from his trips around the globe, humouring us with tales of tacos from literally a hole in the wall and being served unidentifiable, but finger-licking good pork from a cart on the street in Mexico. His view was that street food was something that accidentally happens, something you stumble upon and not a planned destination. Some of the magic is in its randomness, it being unexpected.

The most memorable talk that really got us excited was by Geetika Agrawal and Caleb Zigas from San Francisco-based kitchen incubator La Cocina, initiated in 2005. La Cocina runs an incubation programme for food entrepreneurs, giving them the opportunity to lend commercial kitchen space, technical assistance, educate them in business management and give them access to market opportunities. They focus primarily on women from communities of color and immigrant communities, educating a new generation of entrepreneurs turning something they are good at into a profitable, healthy business.

They had brought with them the figure behind one of their biggest success stories, Binita Pradhan from Bini’s Kitchen. Bini joined the La Cocina programme in 2012, and drawing upon her Nepalese roots, she took her cooking from the kitchen to the big market. We were so fortunate to be served her famed, luscious momo dumplings with a spicy tomato cilantro sauce – a comforting and perfect balance of spicy, salty and acidic. These momos were the top seller at the San Francisco Street Food Festival in 2013, selling whooping amount of 15 000 momos! Below, you can find the recipe.

A good amount of time was devoted to making conversation between vendors and government officials happen. This is one of the areas where the tensions were more obvious, but in an informal and friendly environment, people really got talking. Promises were given, questions answered and the feeling that things were going the right way – towards more flexible legislation, creative space for street food vendors, working towards a more vibrant street food scene not only in Helsinki, but also Stockholm and Copenhagen. Both of these cities are seeing the rise of their own street food festivals happening this spring.

The second day of course held a street food festival that spread out through the entire quarters around Helsinki’s iconic White Cathedral. The streets were filled with coffee vendors, barbecue joints, all sorts of ethnic cuisine and even an oyster bar! The mix between the sinful, comforting, extravagant and downright gritty was perfect. Even more fascinating, the streets were packed to the brim with hungry, interested Finns, queueing up to get their street food fix. Those who have lined up for supreme Chinese food in San Francisco or waited for a snack of fried bugs in Bangkok could tell that this felt authentic.

Mix all the ingredients for the filling in a container and cover it with a lid. Refrigerate.

1. Roast the tomatoes for about 3-5 minutes, fill a mixer with the tomatoes and the rest of the ingredients. Mix until the sauce is light orange in color and smooth.
2. Serve with hot momos.

1. In a large bowl, combine flour, oil, salt and water. Mix well, knead until smooth in texture, about 8-10 minutes. Cover and let rest for at least 30 minutes. Knead well again before rolling the wrappers.
2. Place the dough on a flat surface and roll it out thinly. Then, cut into little circles with a small glass upside down.
3. Place a tablespoon of filling in the centre of each wrapper and get the edges together pasting with a little water. Fold and pleat to make a neat joint for each momo.
4. Lightly oil a tray, place the wrapped momos in rows and put the tray in a freezer for 30-60 minutes.
5. Half-fill a steamer with water and bring to a boil. Place a steamer colander on top of the vessel and grease it. Place momos on the colander leaving an inch between each momo.
6. Cover the steamer with a lid and steam for 5 minutes. Serve hot with spicy tomato cilantro sauce. 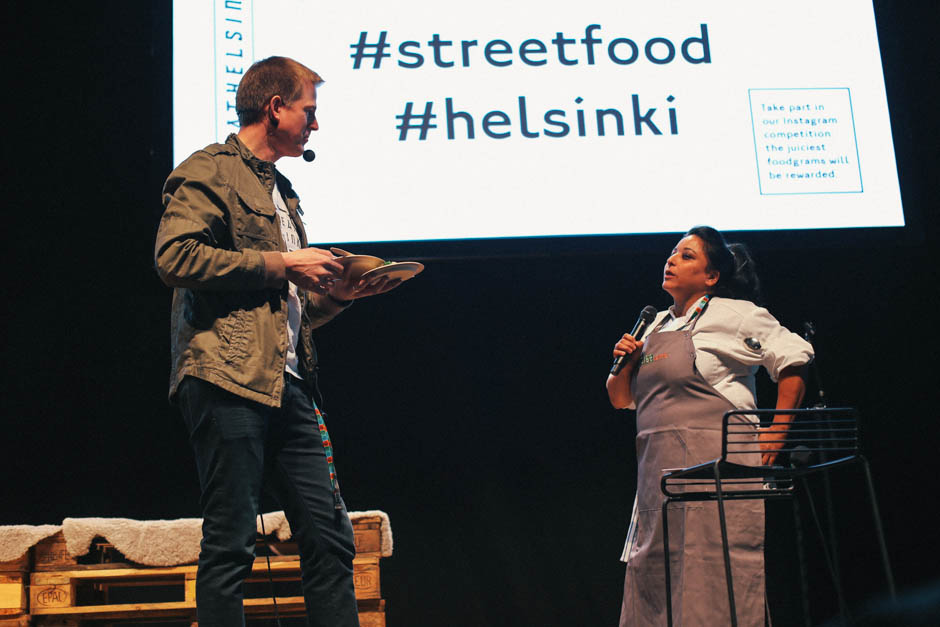 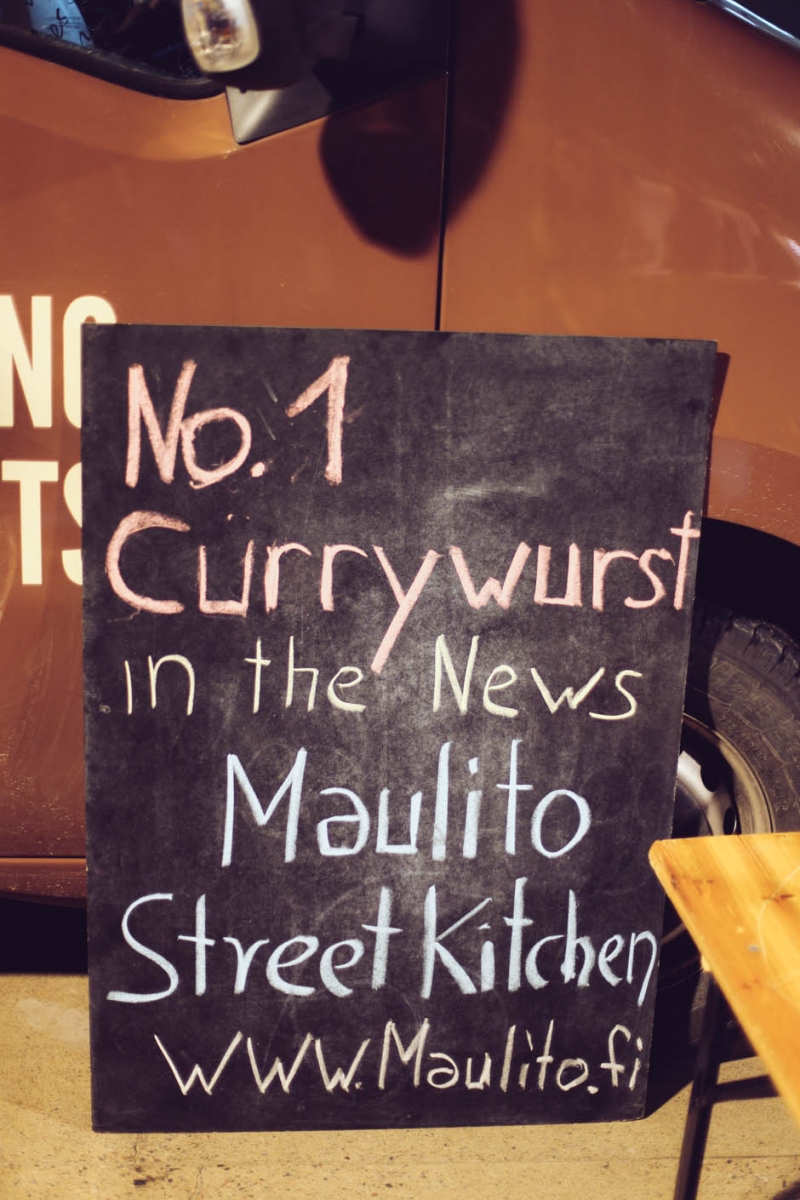 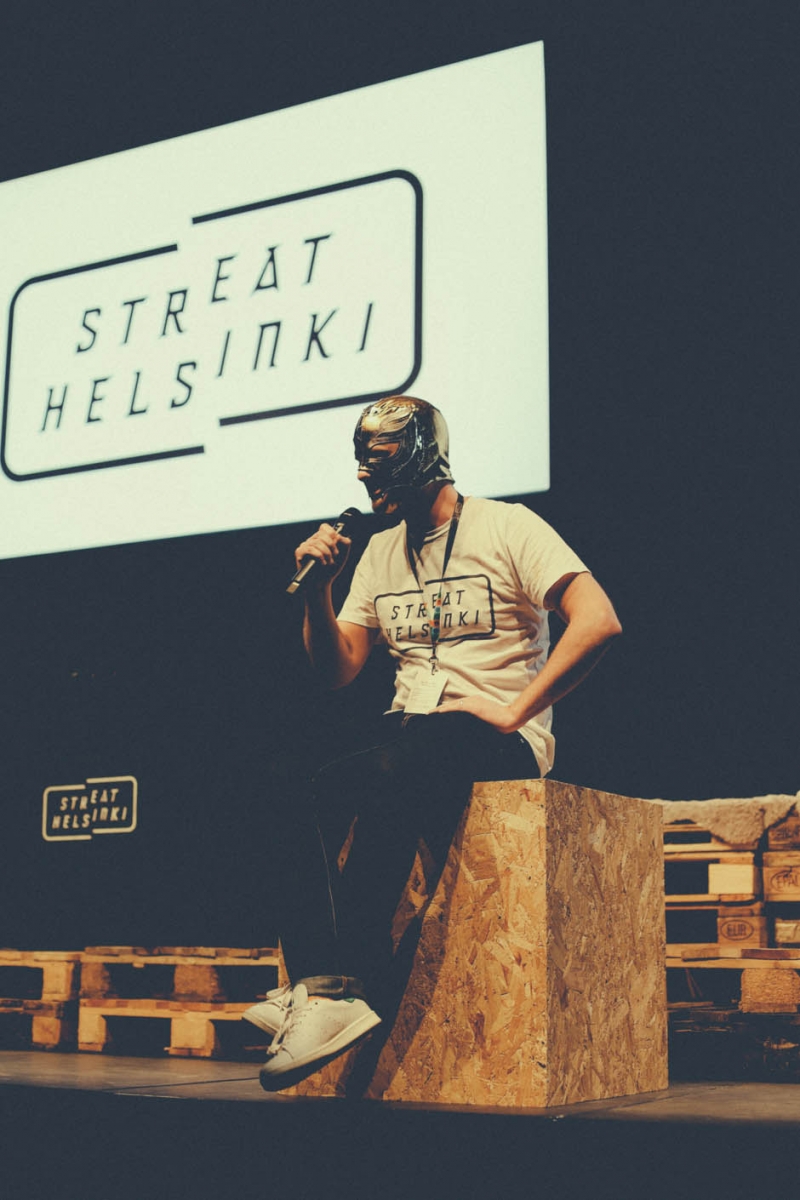 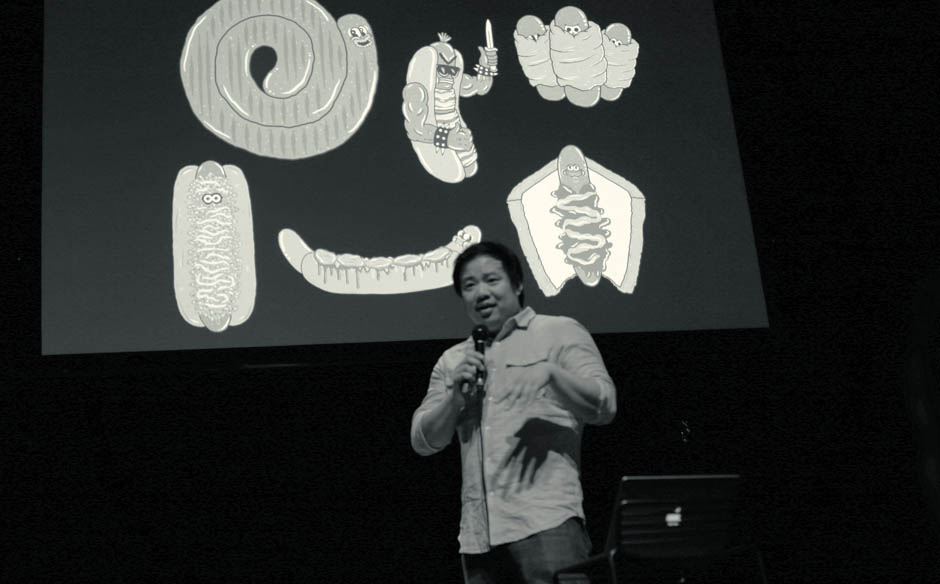 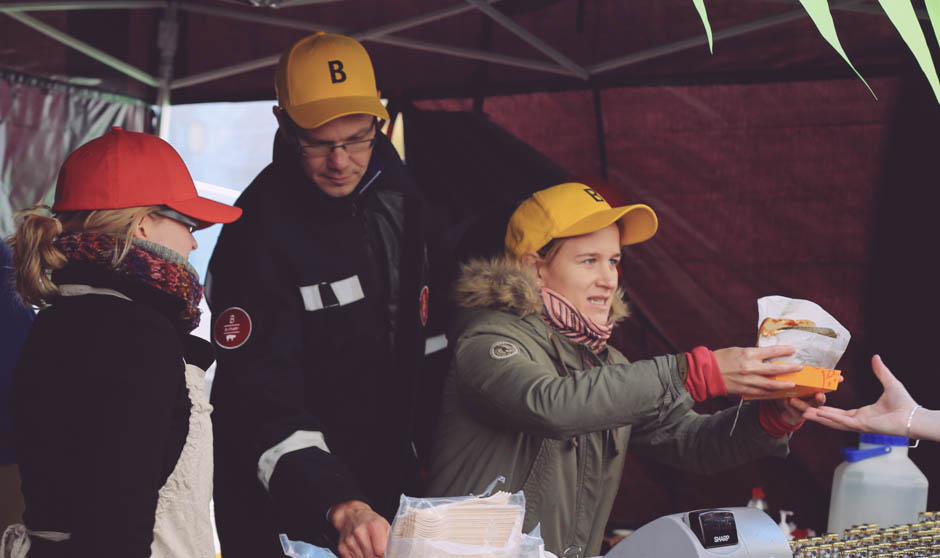 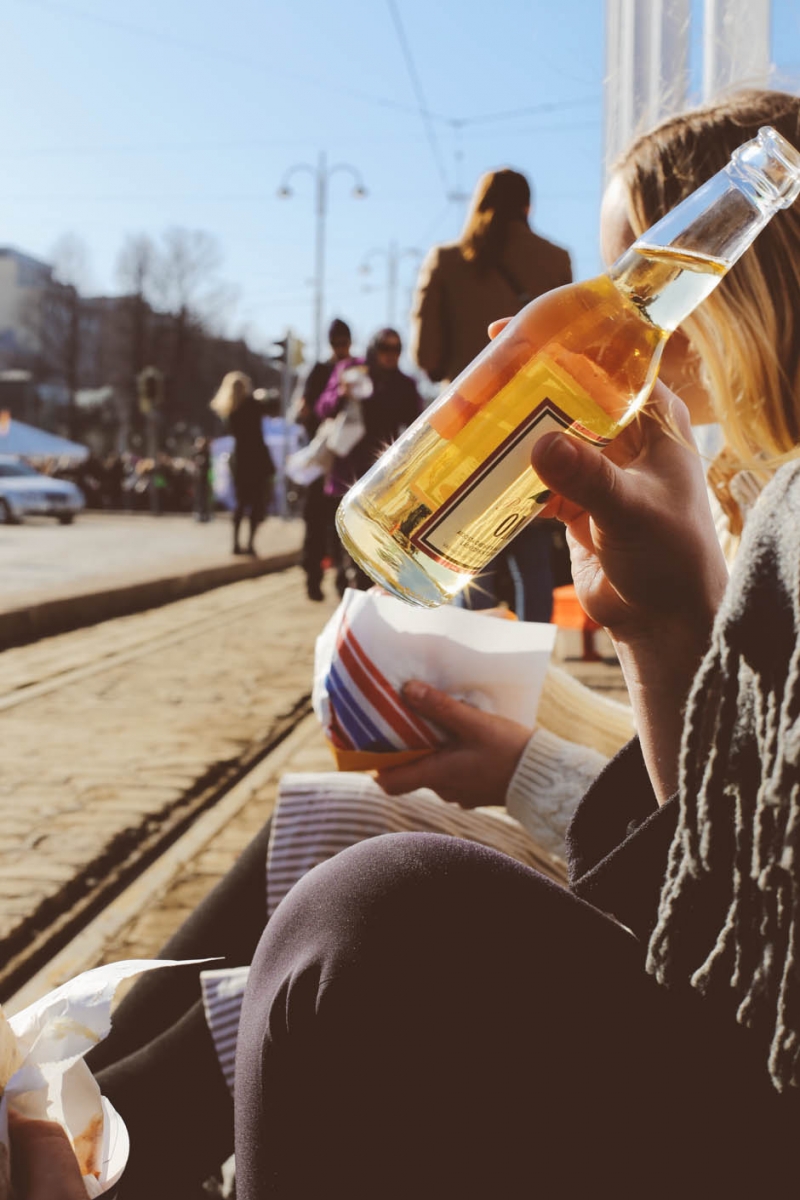 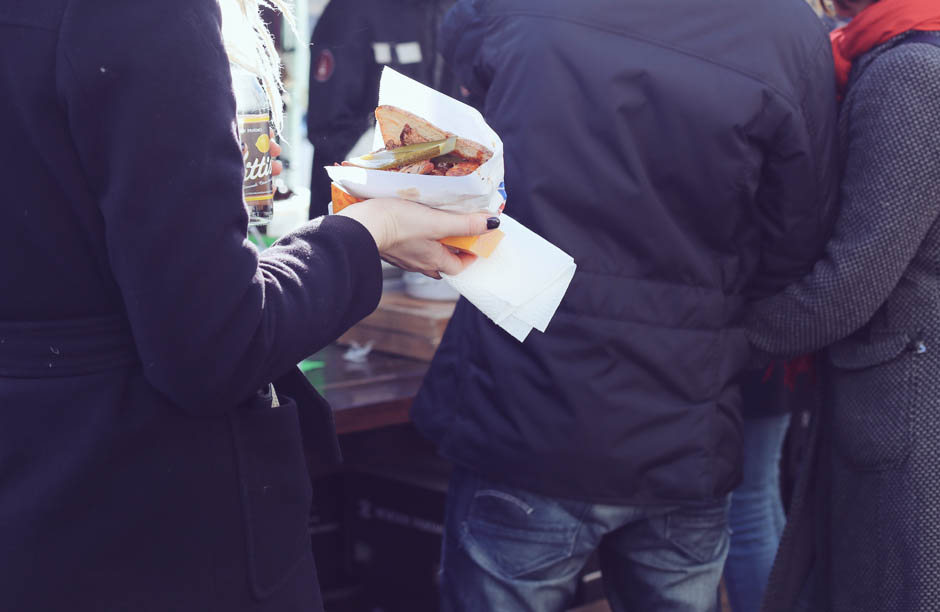